Langhorne: Tonight we welcome Head Coach John Donnelly and the Central Bucks East Patriots for game 9 of the 2022 season.

The first play of the 2nd quarter produced CBE’s first touchdown, a 7 yard run by Ethan Shine. The Pats were successful on a 2 point conversion. Score ‘Skins 0 – Patriots 8.  The Patriots next play ended in a 70 yard TD run and the Patriots’ PAT was good.  Neshaminy had to punt on all three of their possessions.  CBE attempted a field goal as the clock ran out but was unsuccessful. Half ended with the score ‘Skins 0 – Patriots 15.

The ‘Skins came out of the locker room ready to go and on their first drive scored on a Markus Burnett power run into the end zone. Kaden Nicastro was right on the money for the extra point. Score ‘Skins 7 – Patriots 15.  The Patriots answered right back and Ethan Shine ran the ball for 66 yards for 6 and the PAT was good. The 3rd quarter ended with the score ‘Skins 7- Patriots 22.

The 4th quarter was scoreless as both teams went back and forth and the clock ran out with the score ‘Skins 7- Patriots 22.

Shout out to Joey Zack for being a great teammate. We noticed he took new lineman Owen Swartz under his wing. Way to go Joey Z! Then there is sophomore kicker Kaden Nicastro who has been steady all season. He is 14 for 16 PAT attempts for a 90% accurate rate for the season. Quick thinking by Jared Molle who fell on a punted ball which hit a Patriot player's leg, and by Doyle Swartz for his interception in the 2nd quarter.

We are home again next week to face Pennsbury. It is Senior Night so be sure to be there to root for our players for this annual rival game! 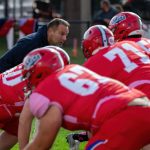 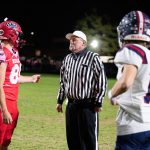 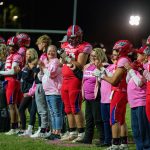 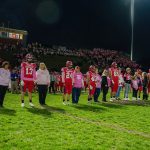 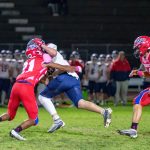 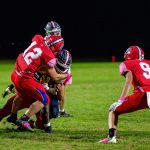 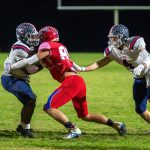 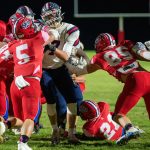 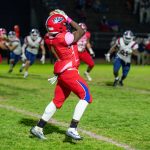 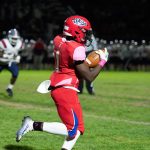 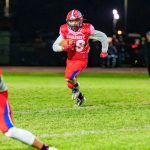 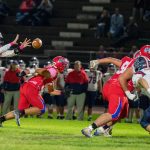 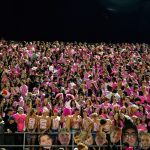 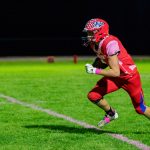 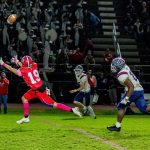 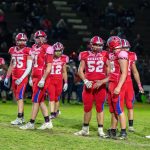 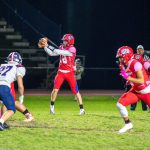 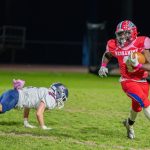 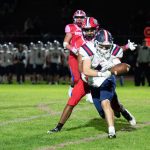 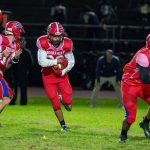 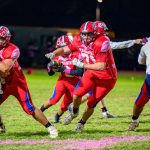 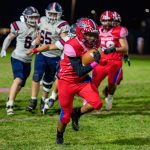 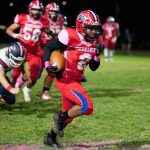 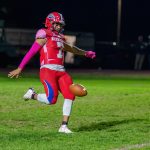 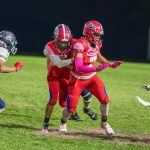 For more game photos go to NeshDad on SmugMug

For more of his work go to Nathaniel Hall Sports Portfolio 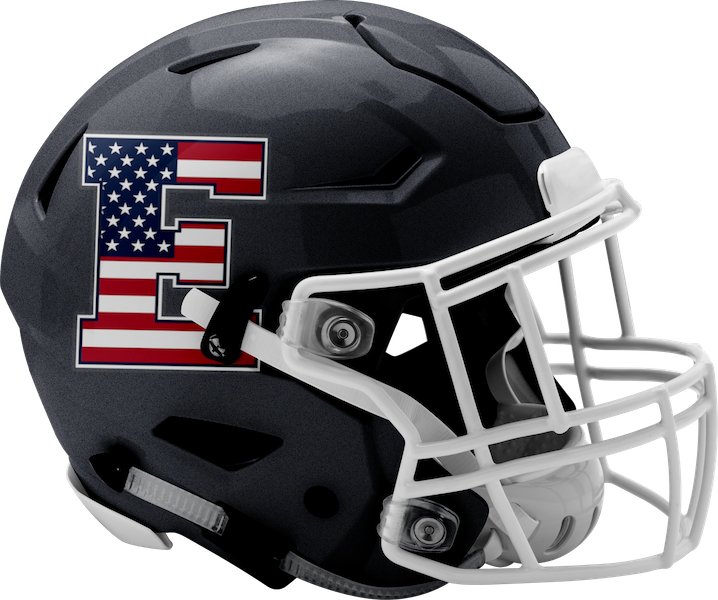