Titans too much for ‘Skins

Langhorne: Tonight is Homecoming at the Ridge and the fans are out in force. We welcome Head Coach Tom Hetrick and the Central Bucks South Titans.

The 1st quarter was scoreless for the ‘Skins and the Titans took advantage of a Neshaminy fumble on their own 18 yard line to put up 7 points. The ‘Skins put together a nice drive only to turn the ball over on downs on the Titans’ 28 yard line. Jack Dunkley had an impressive stop on the Titans’ 3rd possession.

The ‘Skins did score in the 2nd quarter on a Travis Lavelah catch and run and a Kaden Nicastro PAT. Defensively, Nick Buchys forced a QB fumble and CBS’ first possession was stopped by a ‘Joey Zack Sack Attack’. The teams went to break tied at 7 each.

The Titans scored twice more in the 3rd quarter on a 2 yard and 59 yard run. On CBS’ 2nd possession, Neshaminy’s Dimacio Cooper forced a turnover on downs by batting down a Titans pass.

The 4th quarter was scoreless as both teams went back and forth and the clock ran out with the score ‘Skins 7 – Titans 21.

Captains for tonight’s game were #88 Nick Buchys, #75 Jack Dunkley, #2 Markus Burnett, #85 Joey Zack and #11 Ben Long. We are home again next week to face Central Bucks East. Be sure to be there to root for our players! 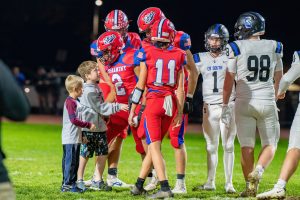 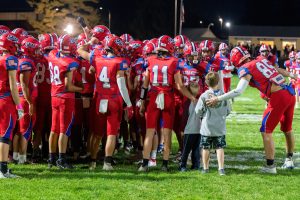 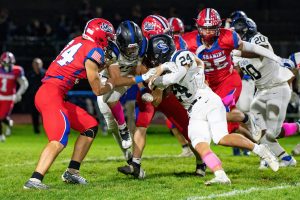 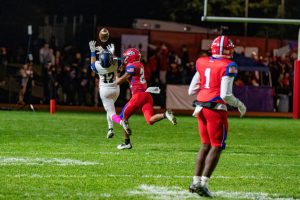 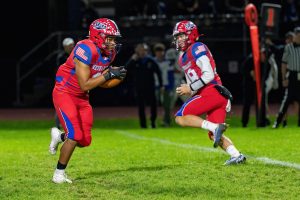 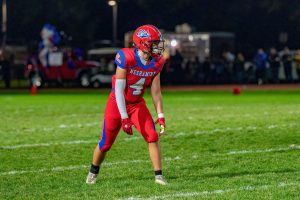 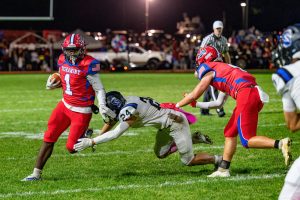 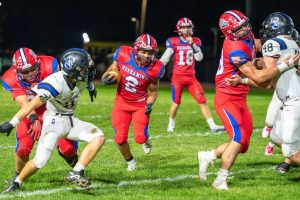 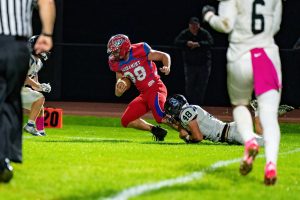 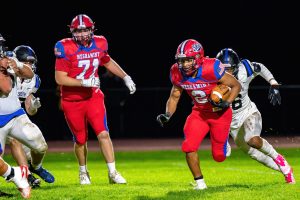 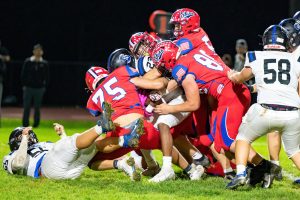 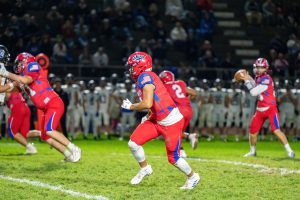 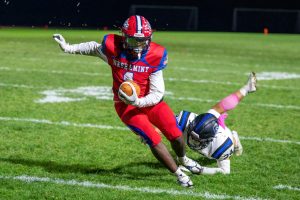 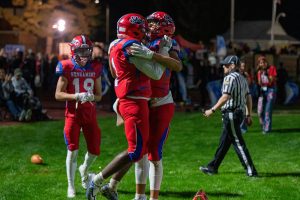 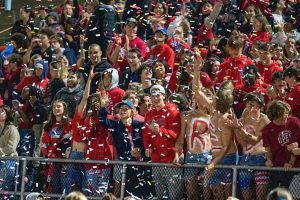 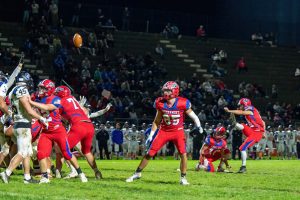 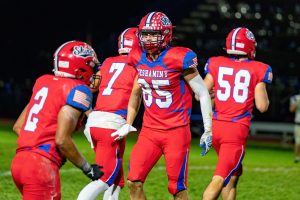 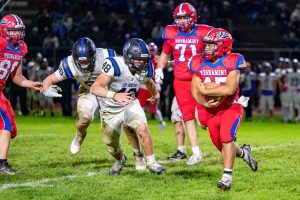 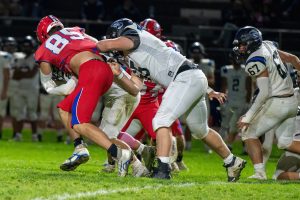 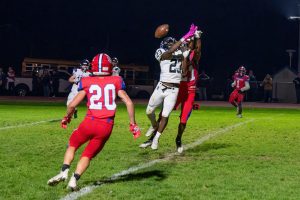 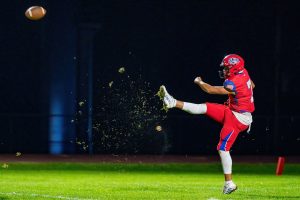 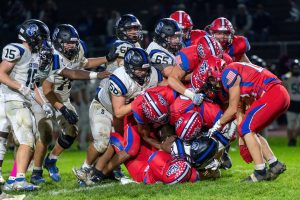 For more game photos go to NeshDad on SmugMug

For more of his work go to Nathaniel Hall Sports Portfolio

Markus Bennett, Neshaminy – The senior running back had 102 yards on 21 carries in Neshaminy’s 21-7 loss to Central Bucks South. 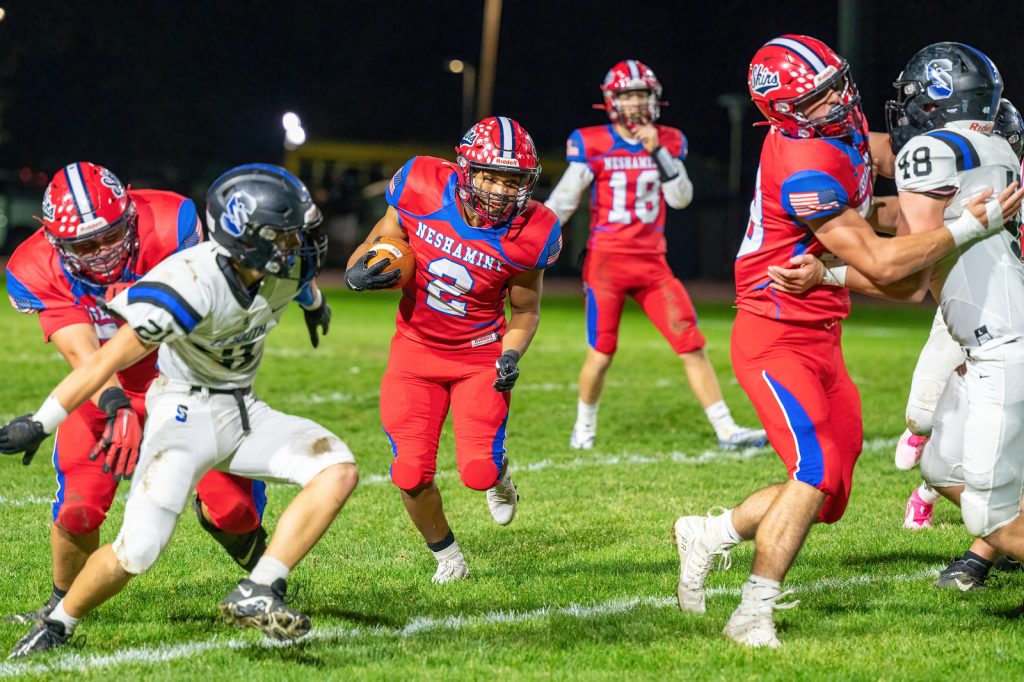 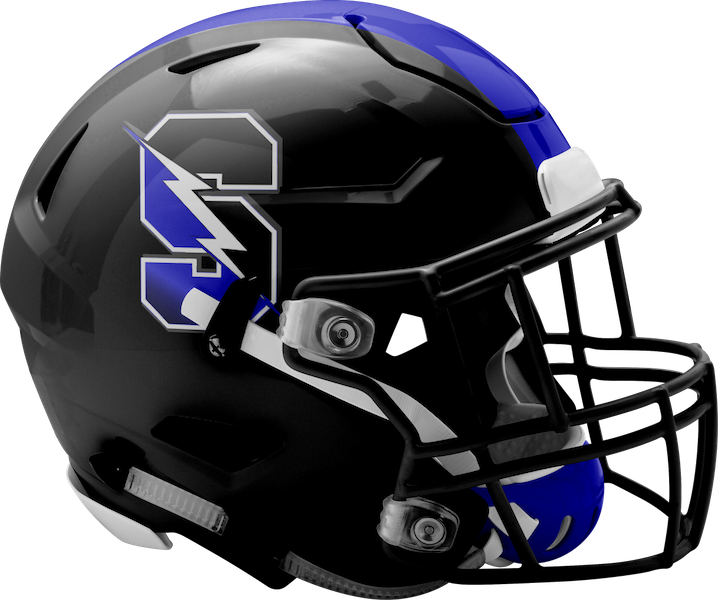