ABINGTON: The Redskins were on the road for the third time this year as they took on the Galloping Ghosts. And with this contest representing the kickoff of National Conference competition there’s no doubt that the season is starting to heat up (and it only gets more important from here on out).

Looking ready for action, Neshaminy came out of the gate strong as they staked themselves to a 20-7 first quarter lead on the running of Will Dogba, who had two scores, and Hayden Rooney, who claimed the other. Then in the second session Denzel Hughes fell on a loose ball in the endzone for six more with Mason Jones then ripping off a 55-yard touchdown run not much later. And as Abington had trouble getting their game in gear, Langhorne went into the halftime break enjoying a 34-7 margin.

The second half saw the ‘Skins continue to dominate as Joe Pirrone and Mike Crecenzo each banked a six-pointer for the Blue and Red. And with its lead widening, the “Running Clock” soon enough put this one in the books at 47-7, Langhorne.

Now standing at 3-1, Neshaminy is back at “The Ridge” this Saturday night as the always tough Pennridge Rams are on the card. And as this should be a good one, with a big crowd expected, the word is to get there early.

See you at the game. 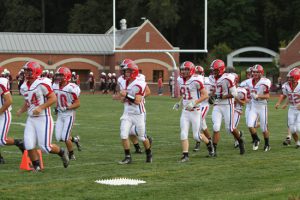 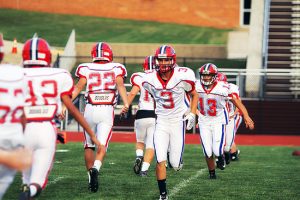 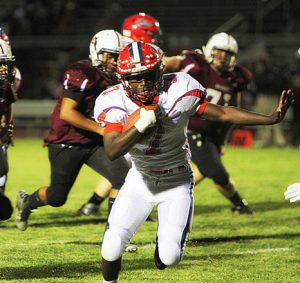 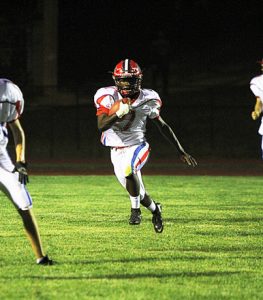 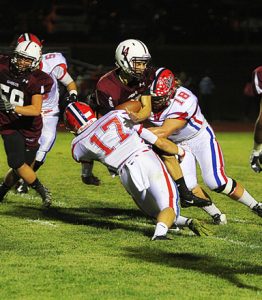 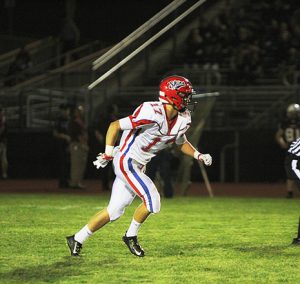 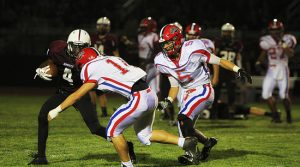 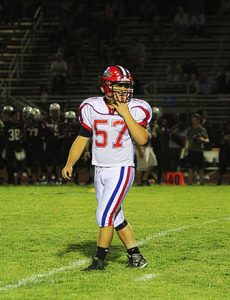 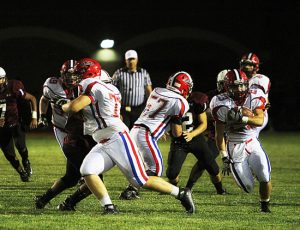 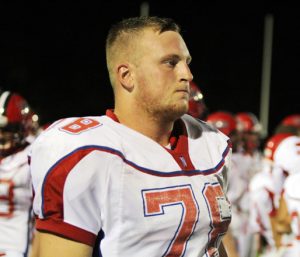 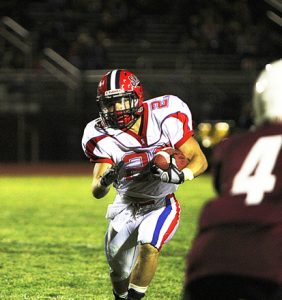 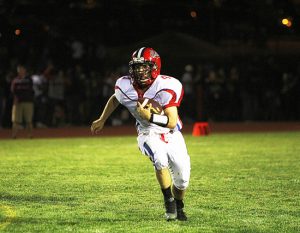 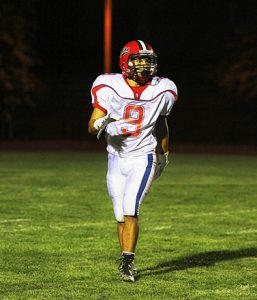 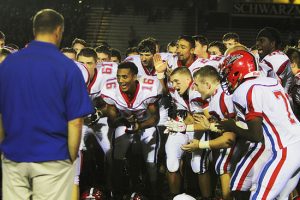 National Conference Player of the Week 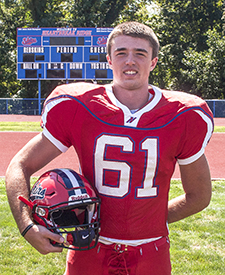 Minotti – who plays quick side guard - helped open huge holes all evening as the Redskins routed Abington 47-7. The senior lineman helped Neshaminy ‘ground and pound’ for a staggering 393 yards against the Ghosts.

Coach Steve Wilmot says: “Parker is just a very diligent, hard working person. No one wants to do a better job than he does. He just has a lot of desire to be very good, he’s a hard worker, and he tries to soak in as much information as he can. Physically, he’s a good looking kid – he’s 6-3, 215 pounds, and he’s very, very athletic for his position. He’s a terrific kid on top of that. His number one goal is to attend West Point.” 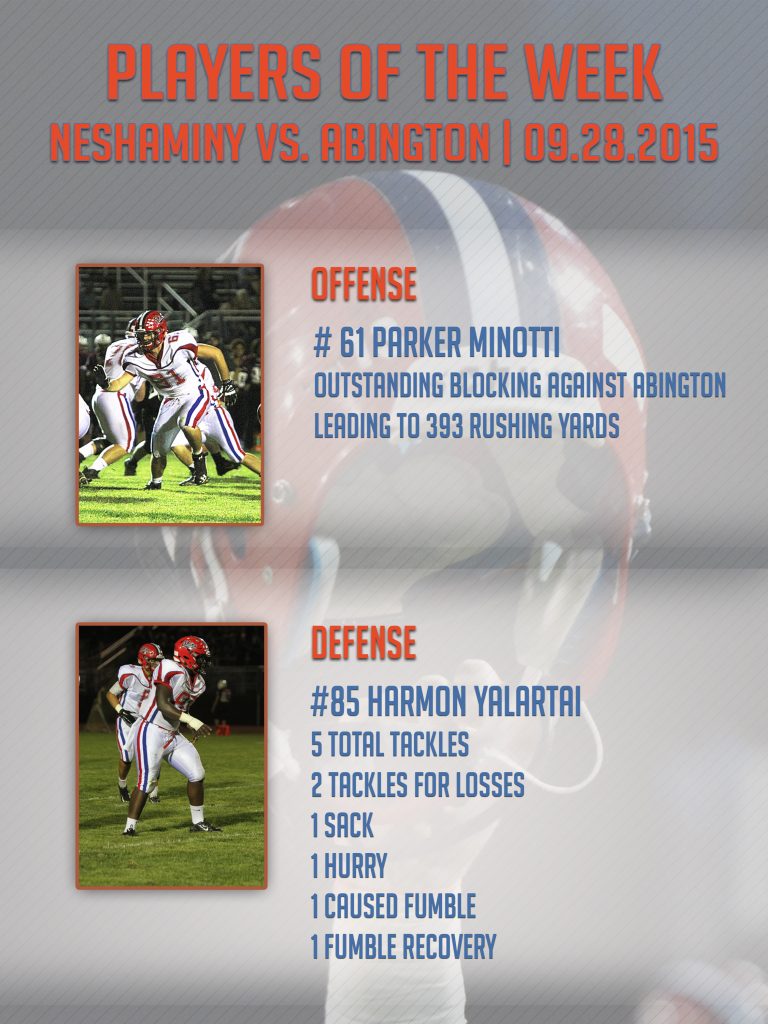 Pregame Courier Times: Breaking down the Suburban One League races 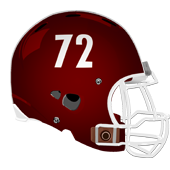