‘Skins on track with win against Panthers

Warminster: With Head Coach Rich Clemens and his Panthers moving back into the SOL National Conference this year, five years have passed since William Tennent faced the ‘Skins. Claude Lodge Stadium will be rocking tonight as the Panthers are celebrating their Homecoming.

The 1st quarter was quiet with neither teams scoring. The most action was when Tennent recovered a ‘Skins fumble but could not score on an attempted field goal which was blocked and subsequently picked up by Cory Joyce. The ‘Skins then put together a nice drive and were at the 11 yard line when the whistle blew.

The first play of the 2nd quarter saw Brody McAndrew find Oleh “The Iceman” Manzyk in the end zone for a touchdown and Jack Hughes kicked it true for one more bringing the score to ‘Skins 7 – Panthers 0. Even with a roughing the punter penalty that enabled them to keep the ball, the Panthers again turned the ball over the ball on downs. The ‘Skins were then intercepted and although the Panthers moved the chains all the way down to their 27 yard line, they were unable to make good on the drive and turned the ball over on 4th down to the ‘Skins. But the clock ran out and both teams went into the locker room with the score at ‘Skins 7 – Panthers 0.

The ‘Skins started the 2nd half with the ball on the 33. Ryan O’Conner caught a McAndrew pass for a 1st down and from the 43 yard line Manzyk powered his way all the way in for a touchdown. Hughes’ kick went left and the score was ‘Skins 13 – Panthers 0. The ‘Skins got the ball back after Panthers turned it over on downs. It only took 2 plays for Sophomore Chris James to get the first down where he took the ball 51 yards to the house for a touchdown. Hughes’ kick was good for 7.

There was more 3rd quarter action when the ‘Skins scored again on a 25 yard James run and just like that the score was ‘Skins 26 – Panthers 0. The Tennent team then put together a long drive moving the ball from the ‘Skins 34 all the way down to their 32 yard line only to have a Mooney pass intercepted by Marcus Griffin at the beginning of the 4th quarter.

The ‘Skins ate up the clock with runs by Chris James totaling 57 yards to get to the 1 yard line where McAndrew walked it in for a touchdown and Thomas Leonhauser split the uprights for another point bringing the score to ‘Skins 33 – Panthers 0 and that is where It stayed until time ran out.

Thanks to the William Tennent family for their hospitality and congrats to their Homecoming King and Queen. We wish them the best for the rest of the 2018 season. 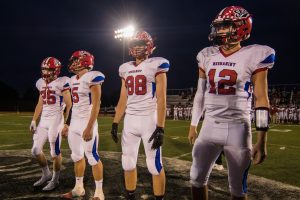 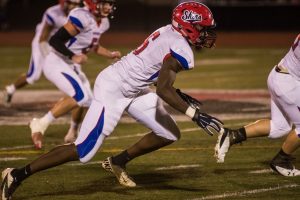 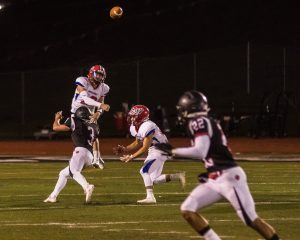 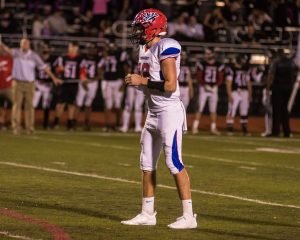 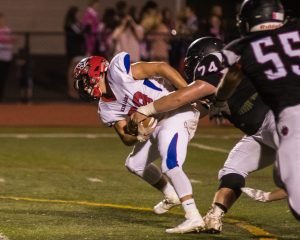 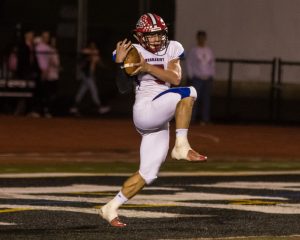 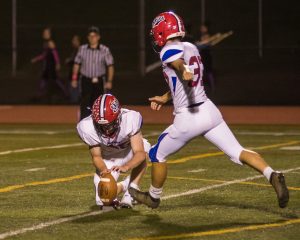 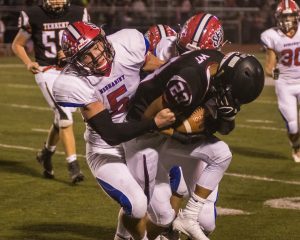 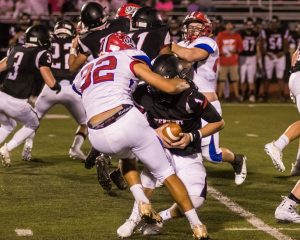 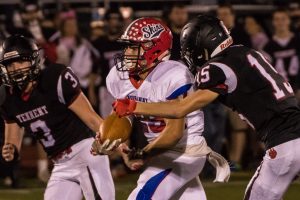 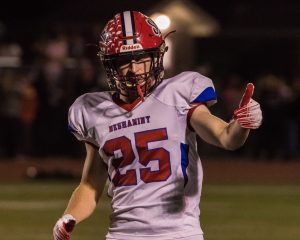 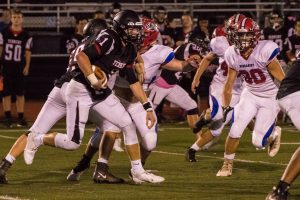 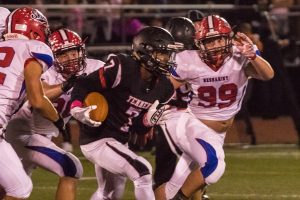 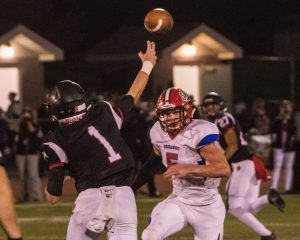 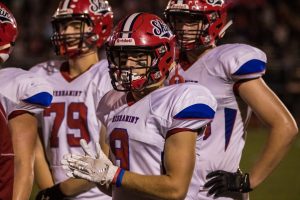 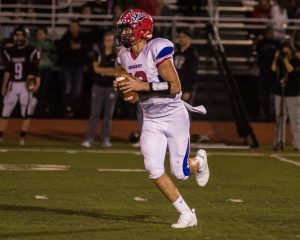 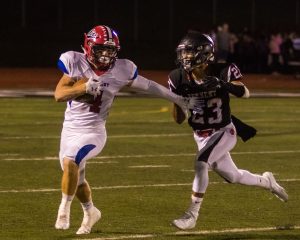 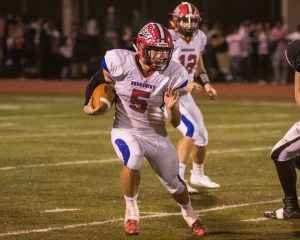 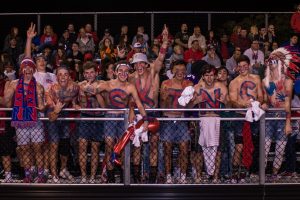 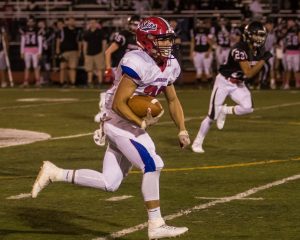 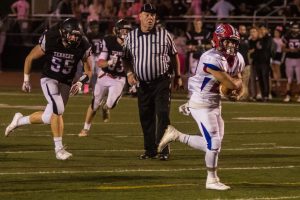 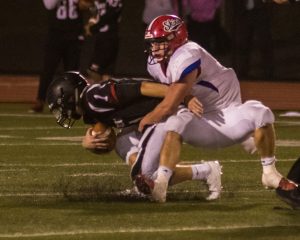 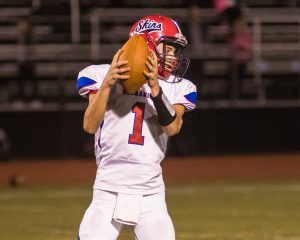 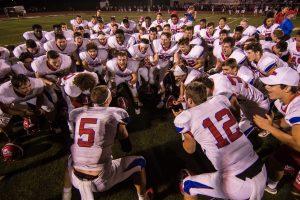 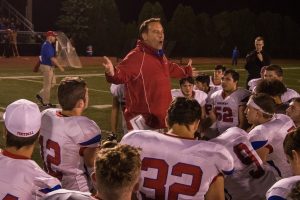 WBCB Offensive Player of the Game 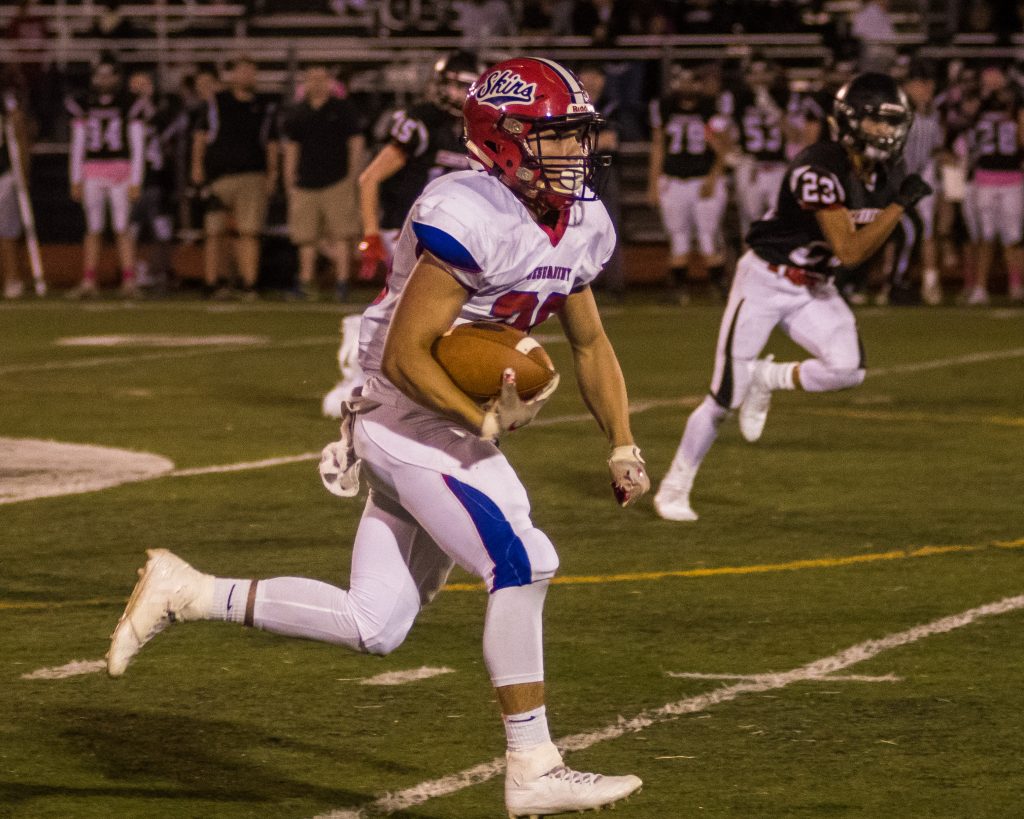 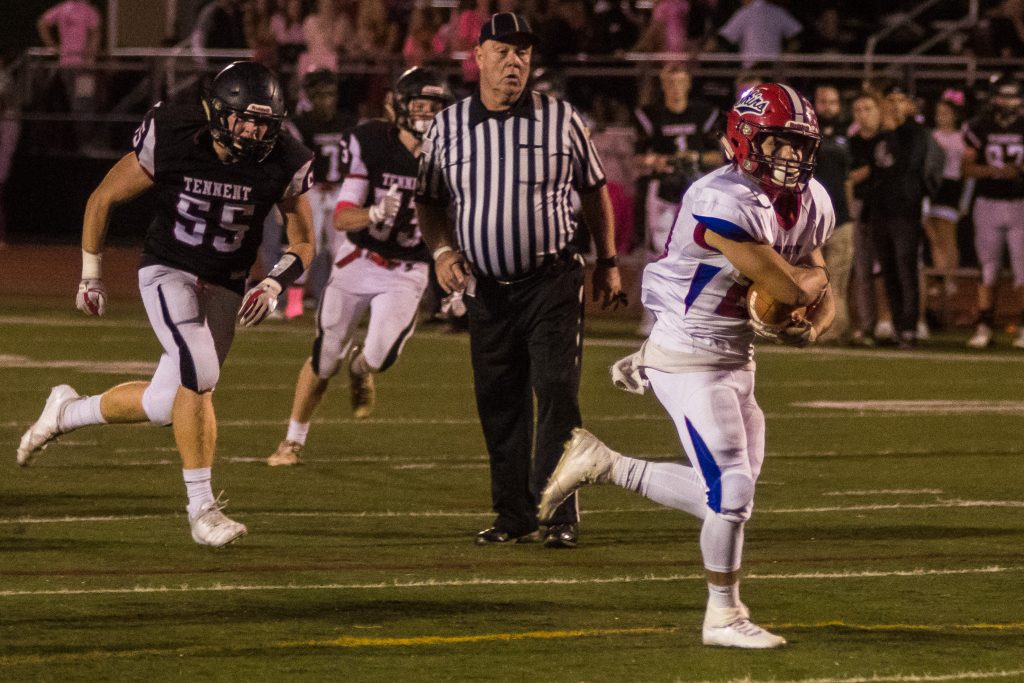 The sophomore running back was a workhorse in Neshaminy’s 33-0 win over William Tennent, finishing with 212 yards and two touchdowns on 21 carries. 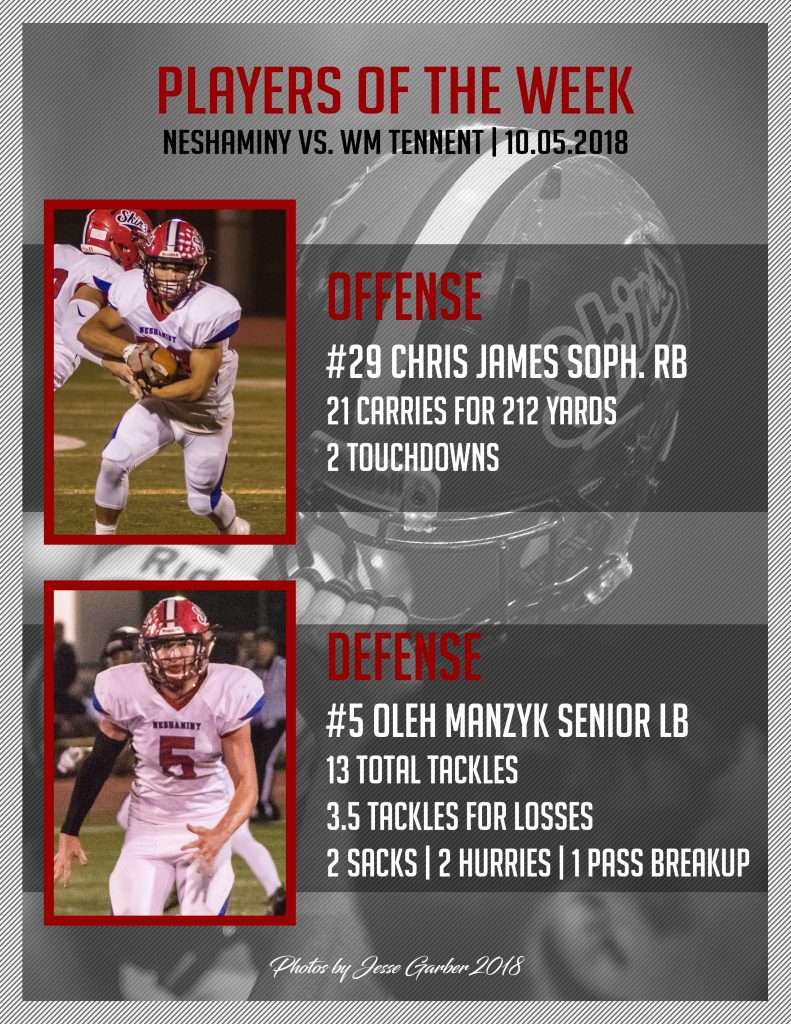 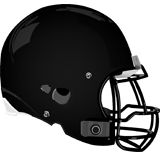