The Origins of “Hammertime”

If you ever watch our players come down the ramp to run onto the field you will notice that some of them will touch the large boulder on the right. The photo above is a close up of that boulder and the plaque was installed by Coach Schmidt in 2010 in memory of Coach Joe “Mustang” Foster for his years of service as the Redskins equipment manager.

Having recently discussed the Hammertime concept with Coach French, I thought I should share all the hinds story on its origin with all of you.

Yes, we all know that MC Hammer’s “U Can’t Touch This” is one darn catchy tune. It was to the late 90s what Party Rock Anthem was for the early 2010 decade. MC Hammer himself coined the Phrase “It’s Hammertime” while dancing non-stop – putting it all out there at 150%.

That brings us to the Redskin origin of Hammertime.

According to Coach French, every year Coach Joe “Mustang” Foster would pick a player and say “He’s Hammertime”. He would smile while he said this because these were the kind of players he liked to watch on the field – players who did not know the word quit, players who brought it every play on the field at 150%.

Now, there are many reasons we have to be grateful to Coach Mustang not in the least is this adaptation of MC’s phrase “Hammertime”.

For example, in compiling the history of the team, we are delighted whenever we receive memorabilia from Alumni.

When Coach Mustang left us, he left a large box of memorabilia with Head Coach Wilmot, who so graciously donated it to the cause. This box has been my absolute treasure! It contained Ad Programs as far back as 1960s and some of these programs were even signed by John Petercuskie and the players themselves – a testament to Coach Mustang’s passion for the team. I cannot count the number of times I have thanked Coach Mustang after digging through his box and finding exactly what I needed. Without these programs that he had carefully saved I would not have been able to compile the All-Time Roster or get missing information for other sections of the site.

Thank you Coach Mustang for leaving us with your version of “Hammertime” and your treasured box of memories. 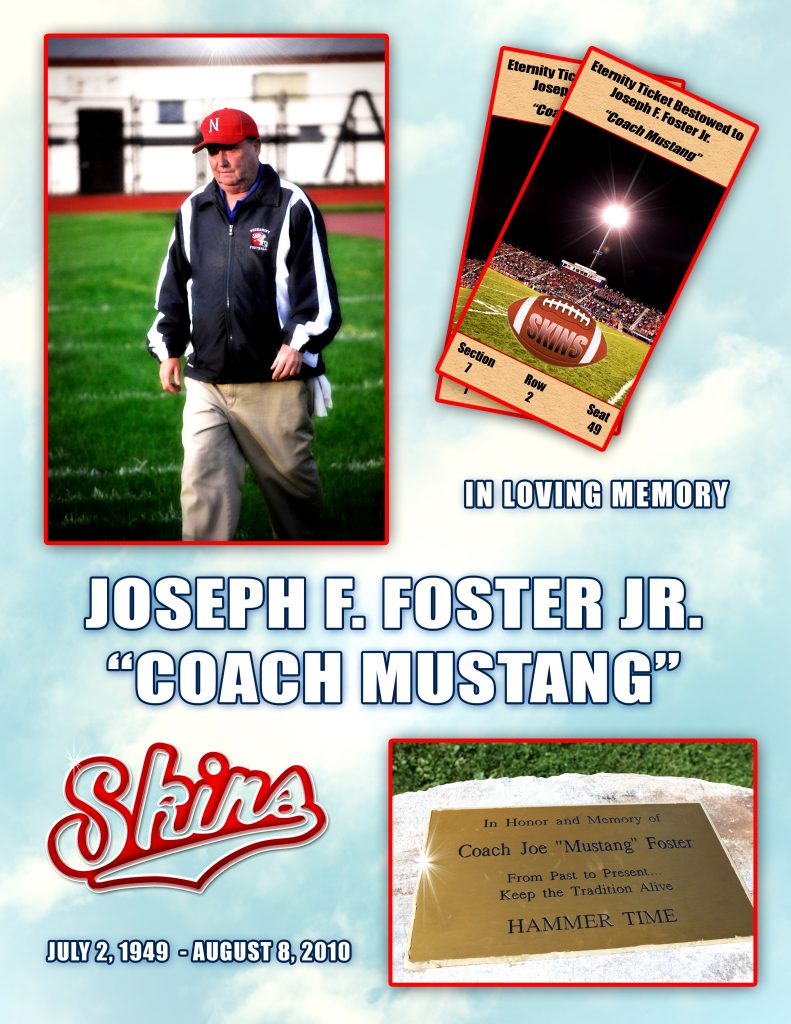