We have slowly been working on digging up ‘Skins stats for posterity by combing through the 3,000 plus articles we have gathered going all the way back to the 1940s. In short, a never-ending work in progress made all the harder when the newspapers used to use ‘total season points scored’ with no breakdown of how those points were accrued.

Most Neshaminy quarterbacks we researched did not play until their senior year and while they put up great numbers for that single season their career stats cannot match up to our present string of quarterbacks who have 3 years or more years of experience under their belts. It is a testament to the talents of Mason Jones (2013-2016) that he held every single and career season record – until now.

We all wish for that our Neshaminy quarterback be All-American, clean cut and well spoken and Brody fits the bill to a “T”. To say he is a great kid is an understatement. He is grace under pressure, willing to do whatever it takes to win and is as humble as they come. He has played both sides on the ball this year and while we collectively all held our breath when the defense was on the field and prayed he would not get hurt, we found that he can hold his own and has impressed us with his tackles and secondary coverage.

Congratulations Brody! You now hold the 92 year record for career touchdown passes and we predict a few more before end of season. We have been blessed to have been able to watch your progress over the years and we will continue to support you when you leave us for the University of New Hampshire. They are so lucky to have you. 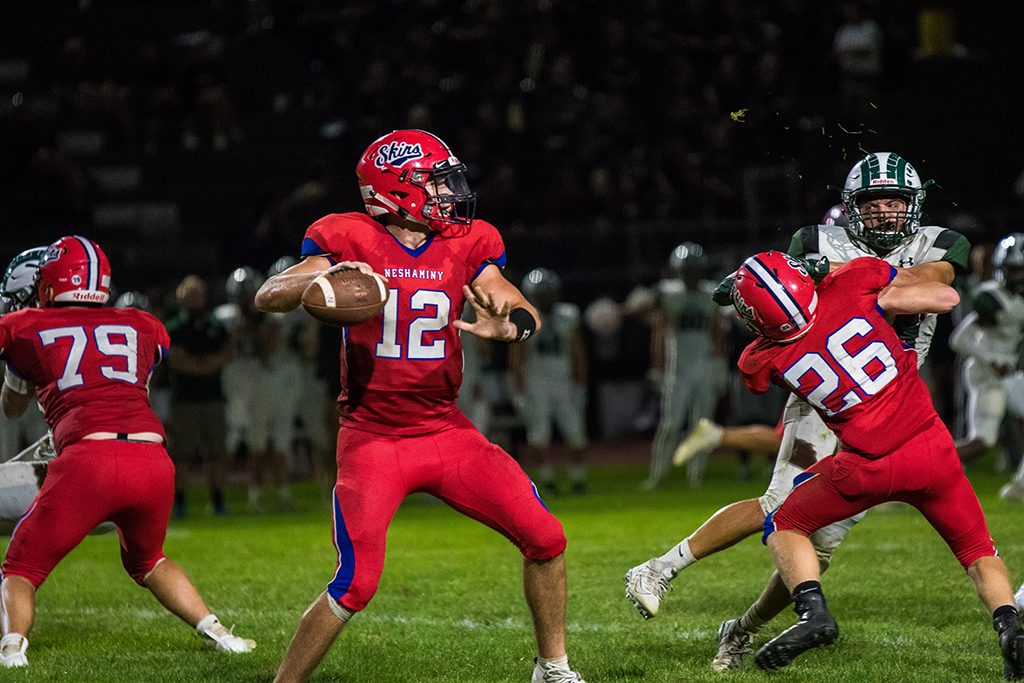