The Class of 2019 were a special bunch. With so many players committing to play Football at the next level. Coach Wilmot decided to honor these players in a special way and rolled out the red carpet. Each player selected the Neshaminy High School teacher who had the most impact on their lives, driving home the fact that education is a primary concern to all. Not since 2004 has there been so many players moving to the next level.

Congratulations to all these Seniors and we will be keeping an eye on them over the coming years so that we can add them to our College Players page!

We also have Cory Joyce – Neshaminy’s own – dual-sport athlete. If you thought he could catch a football you should see him catch a baseball – those hands! Cory has committed to play Baseball at the University of Maryland Eastern Shore. As I type he is also leading the 2019 Neshaminy HS Baseball through the state playoffs after having captured the Division 1 Title. 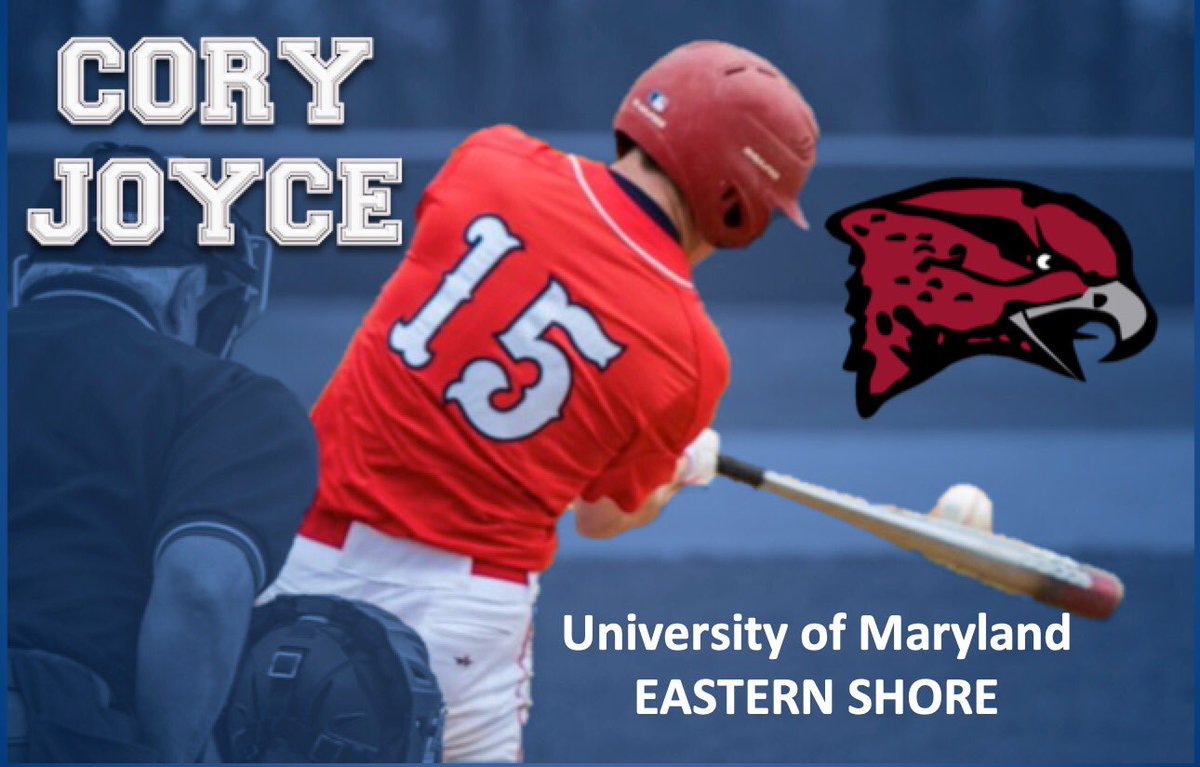 The 4th annual Bucks- Montco All Star game was played at Delaware Valley University in Doylestown on May 2nd. The Bucks team, with Coach Wilmot at the helm, dominated and came out on top with the score Bucks 44 – Montco 6. Ryan O’Connor was awarded the Offensive MVP. Representing Neshaminy were Ryan O’Connor, Oleh Manzyk, Chisom Ifeanyi, Narcus Griffin, Luke Hitchen, James Koluboi and Bobby Buchys. 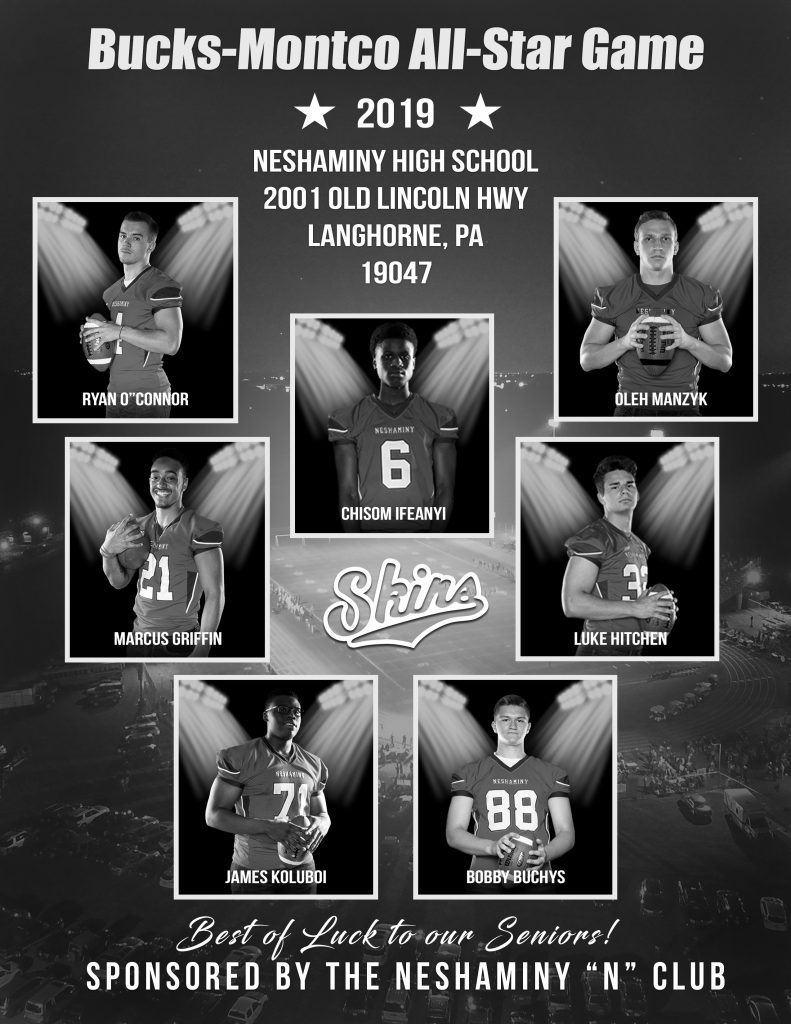 The All Star Game has a long history. While were are currently researching the very first All-Star game, we know The Lions Club took it over in 1975 and it was entitled “Bob Sands Memorial Classic Bucks County Lions All Star Game” and was played between North and South teams wearing dark blue and yellow, the same as today. For old photos and programs from 2000-2013 games check out Marge Bullock’s site here. She has photos as well as old program covers.

Then in 2016 the name of the game changed to “Bucks-Montco Lions All Star Football Classic” and that inaugural game was played at William Tennent with the Montco team holding on to a 19-17 victory as the Bucks missed a potential game winning field goal on the final play of the game. Marge also has photos from these recent games here.

We may just dig around and see how many win and losses the Blue and Yellow have amassed over the last 44 years.

Thanks to Jesse Garber for these photos. Visit his site for many more of the game! 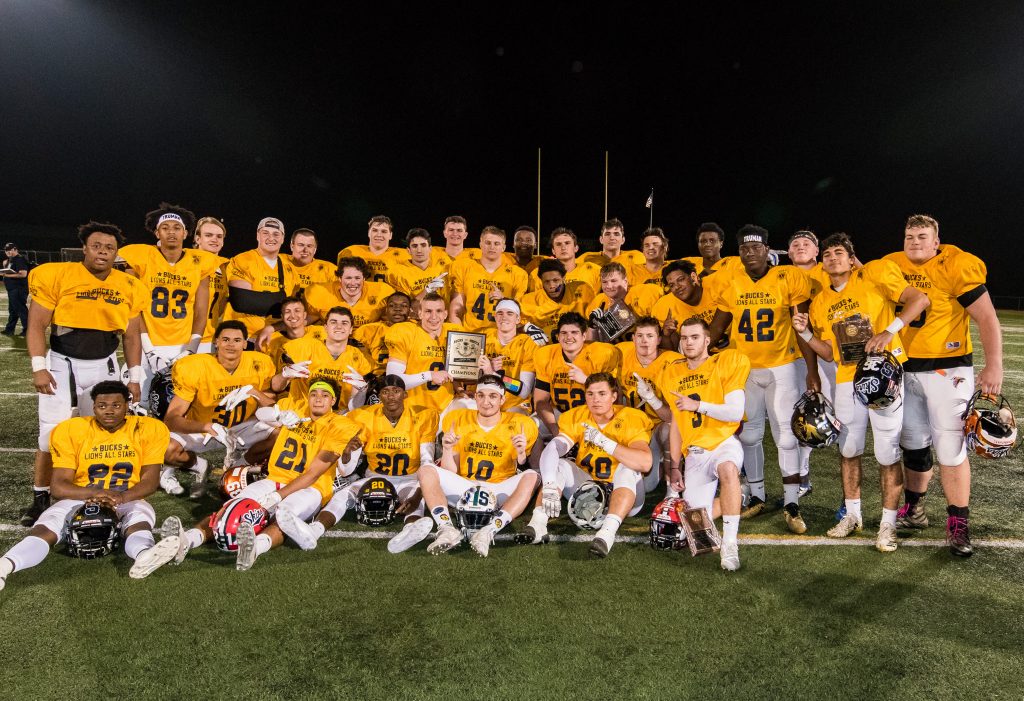 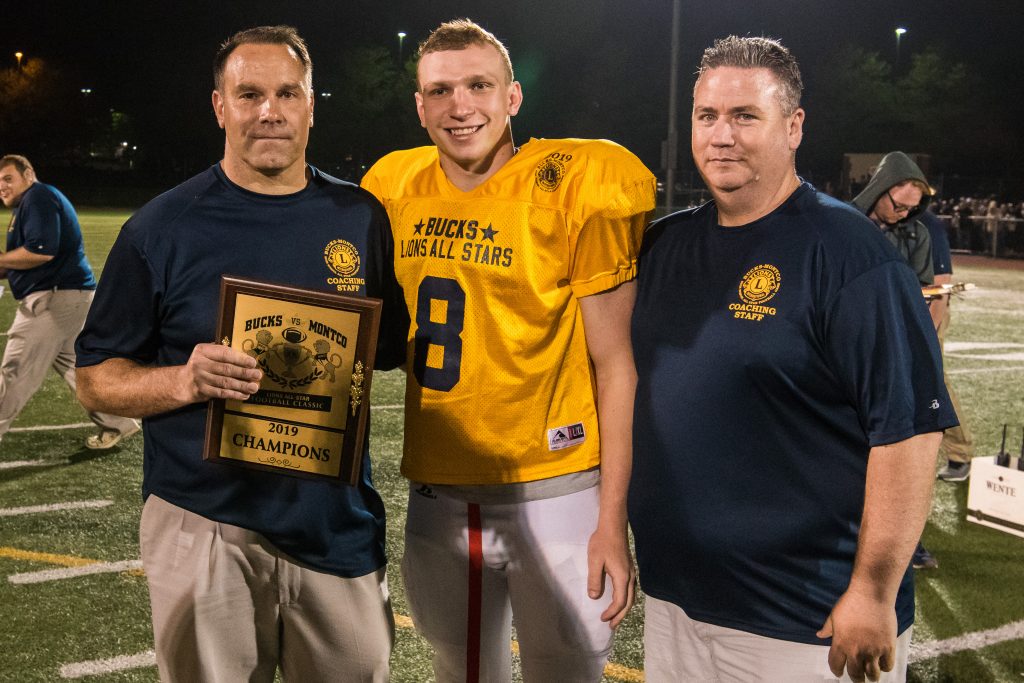 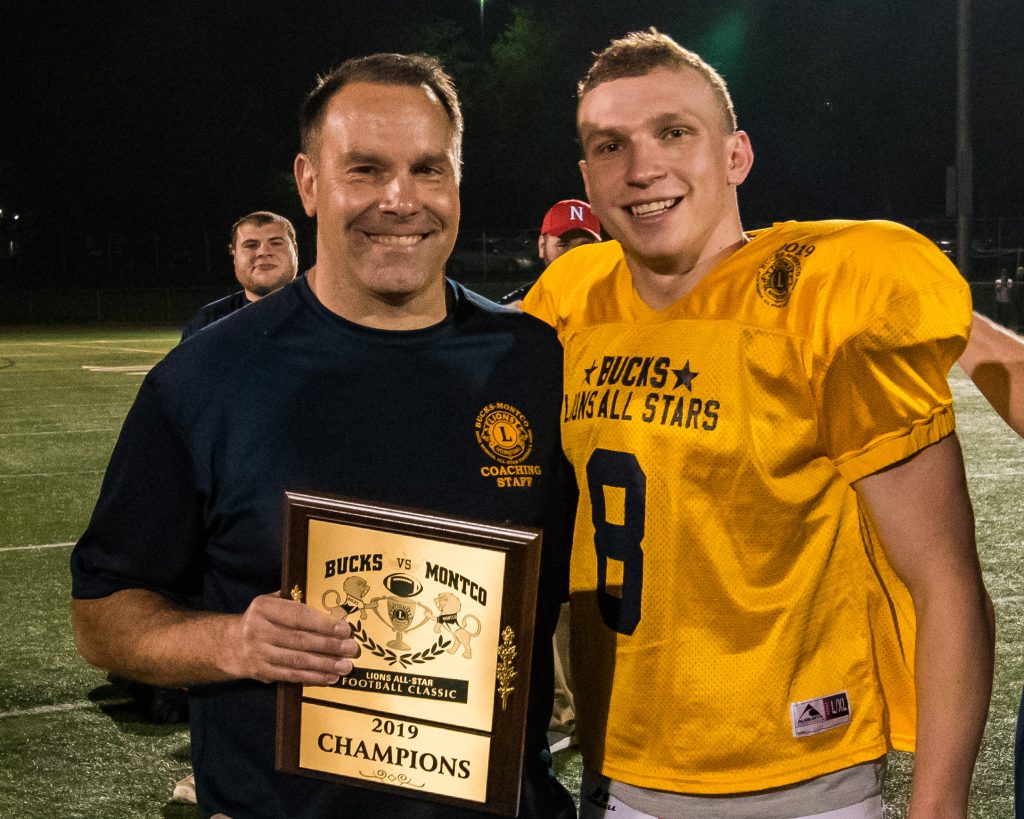 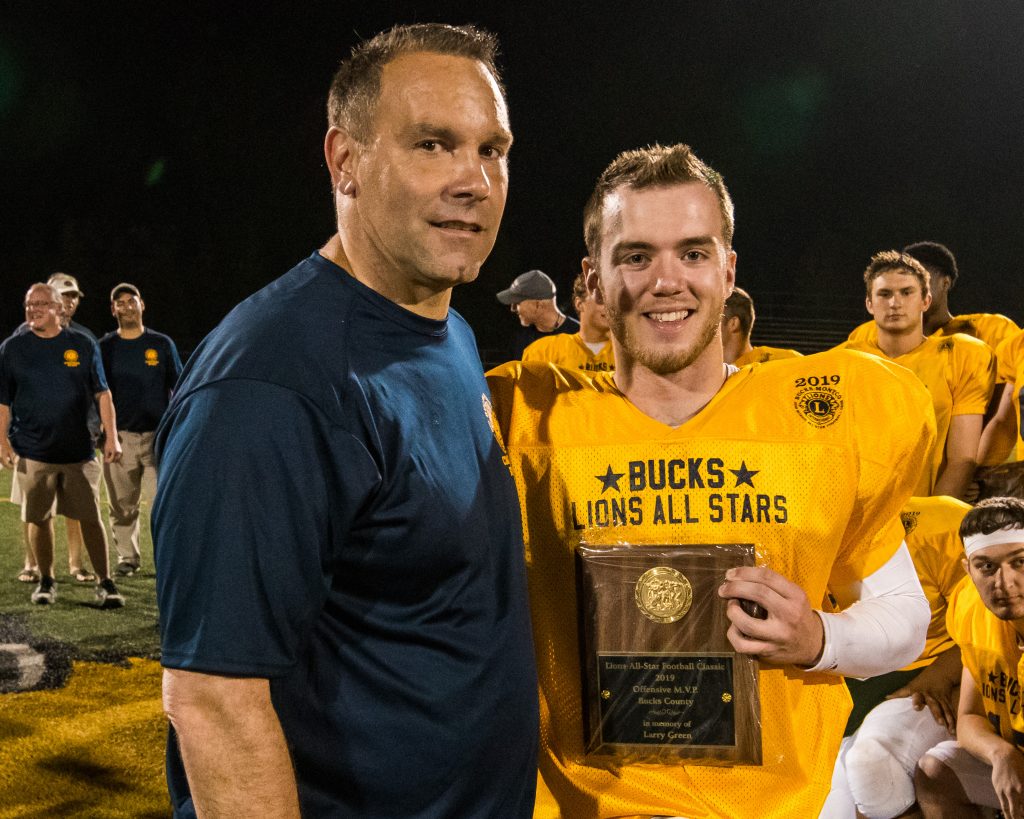 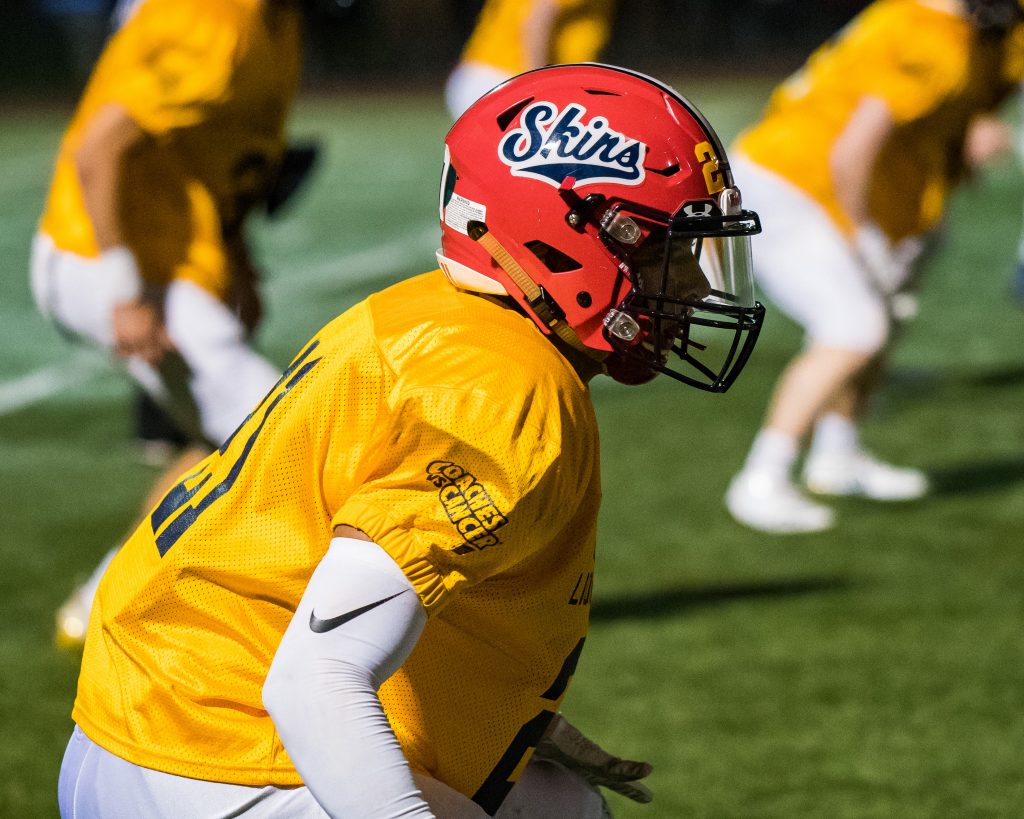 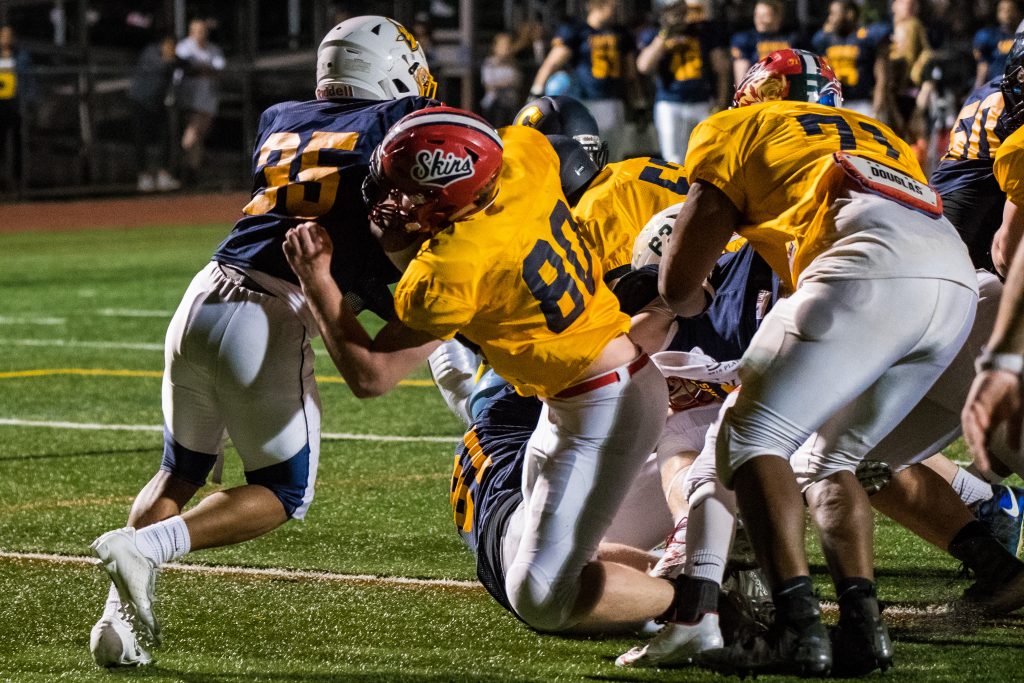 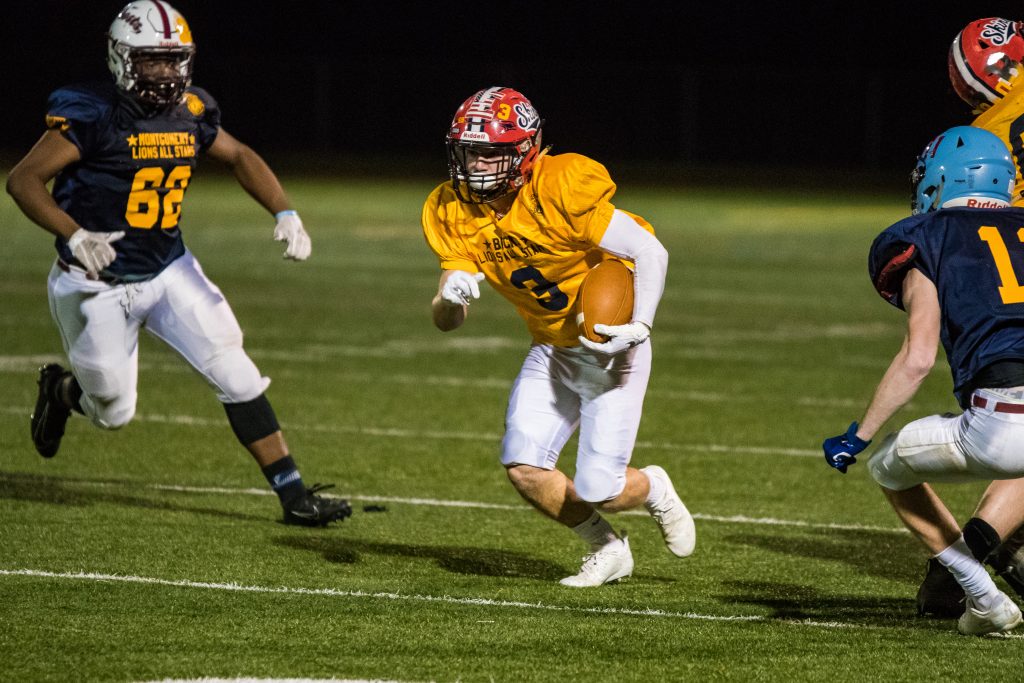 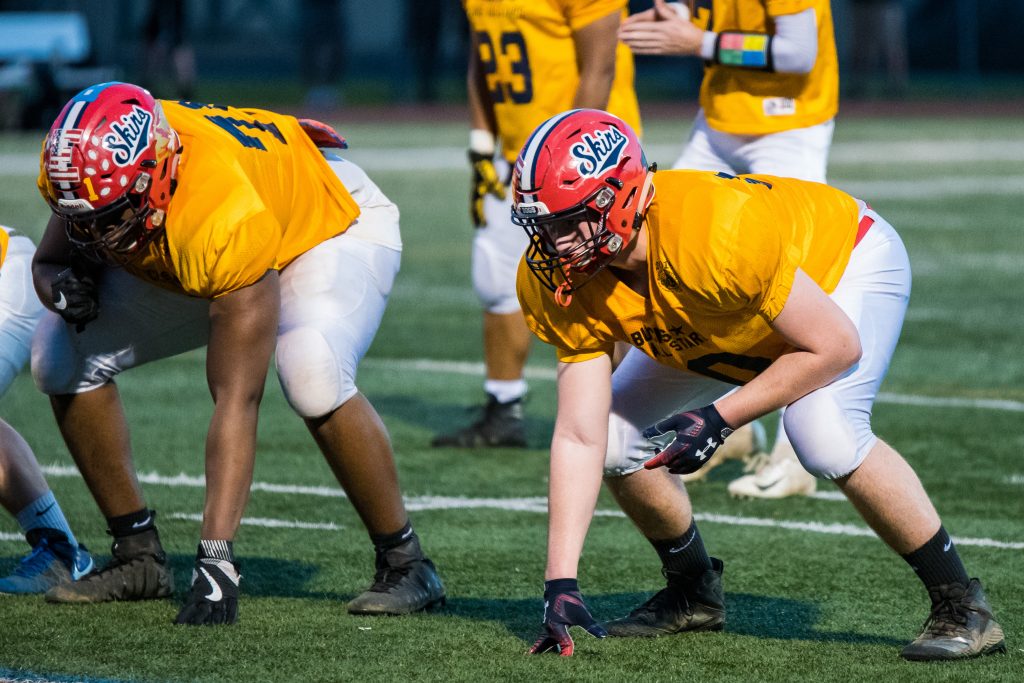 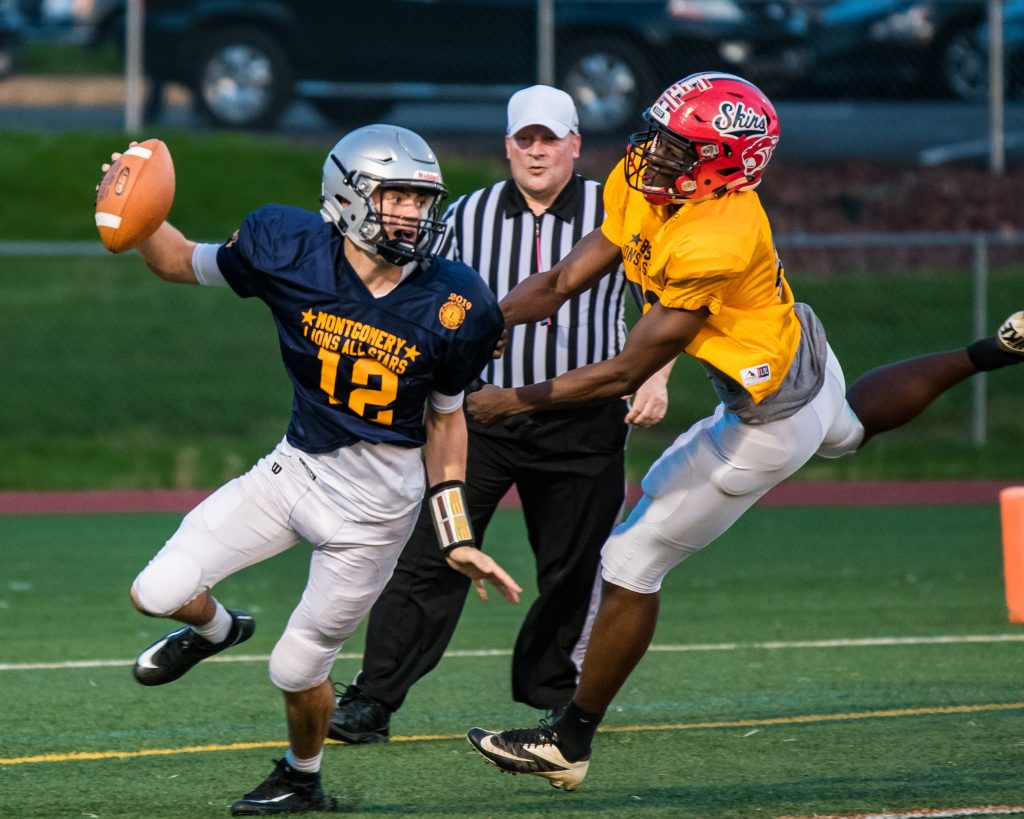 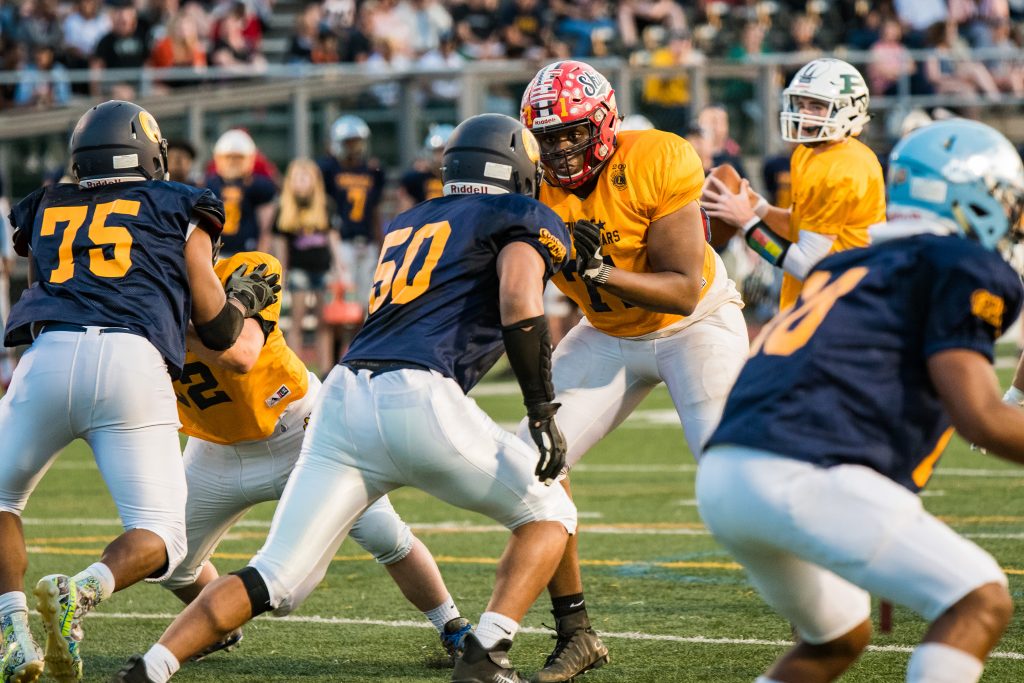 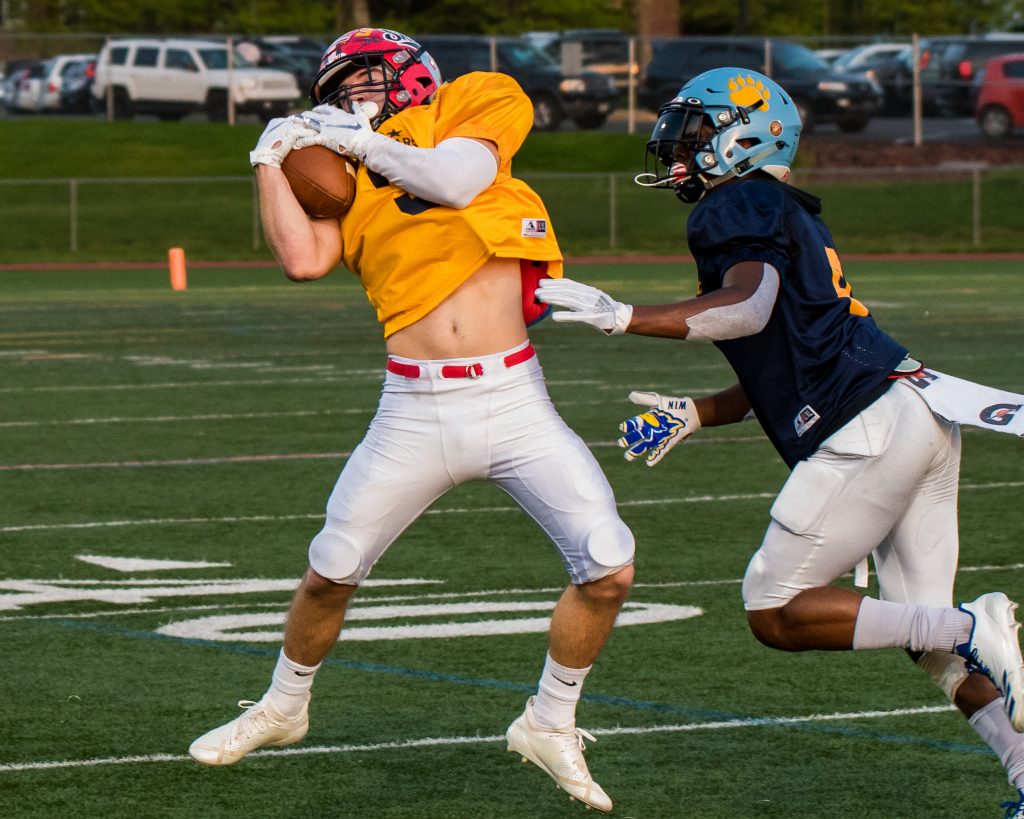 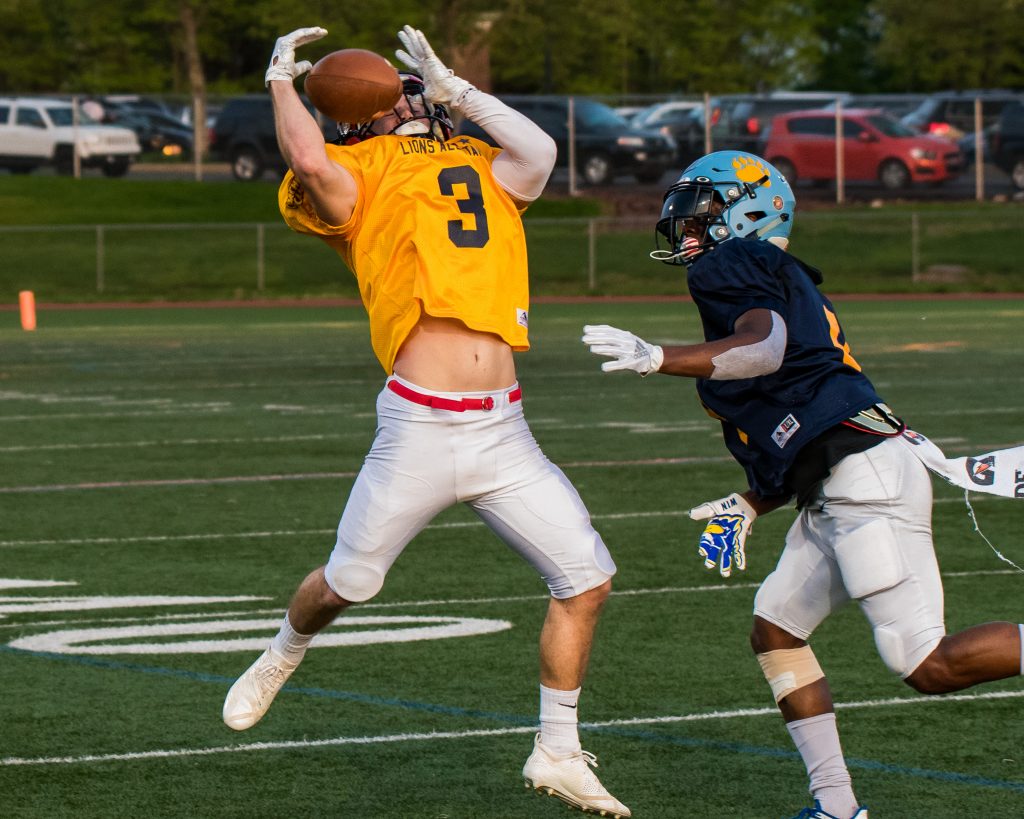 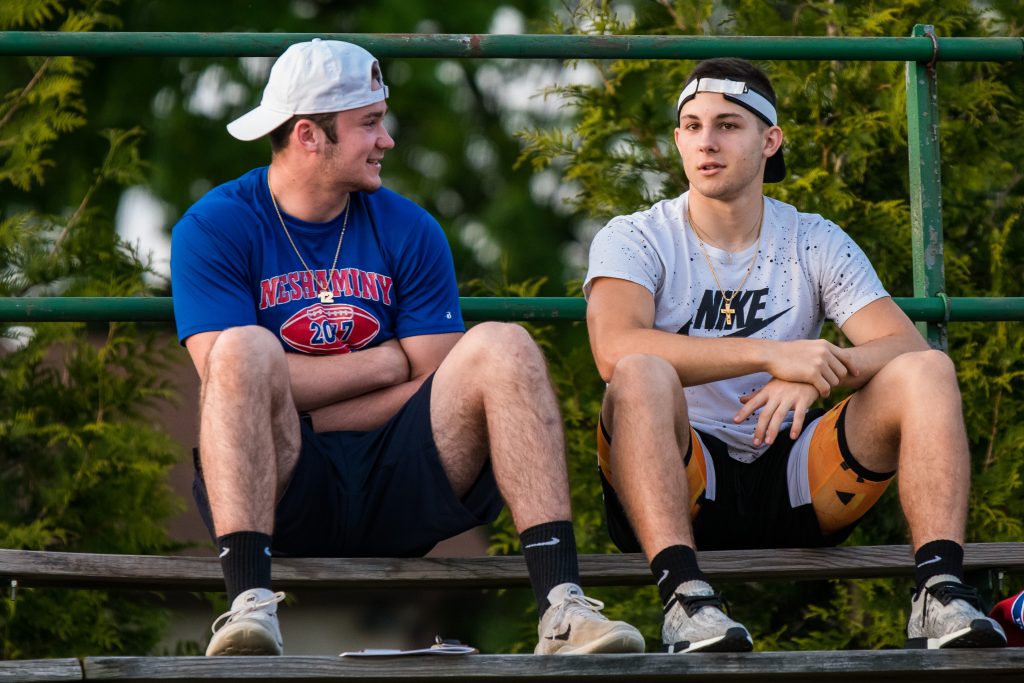 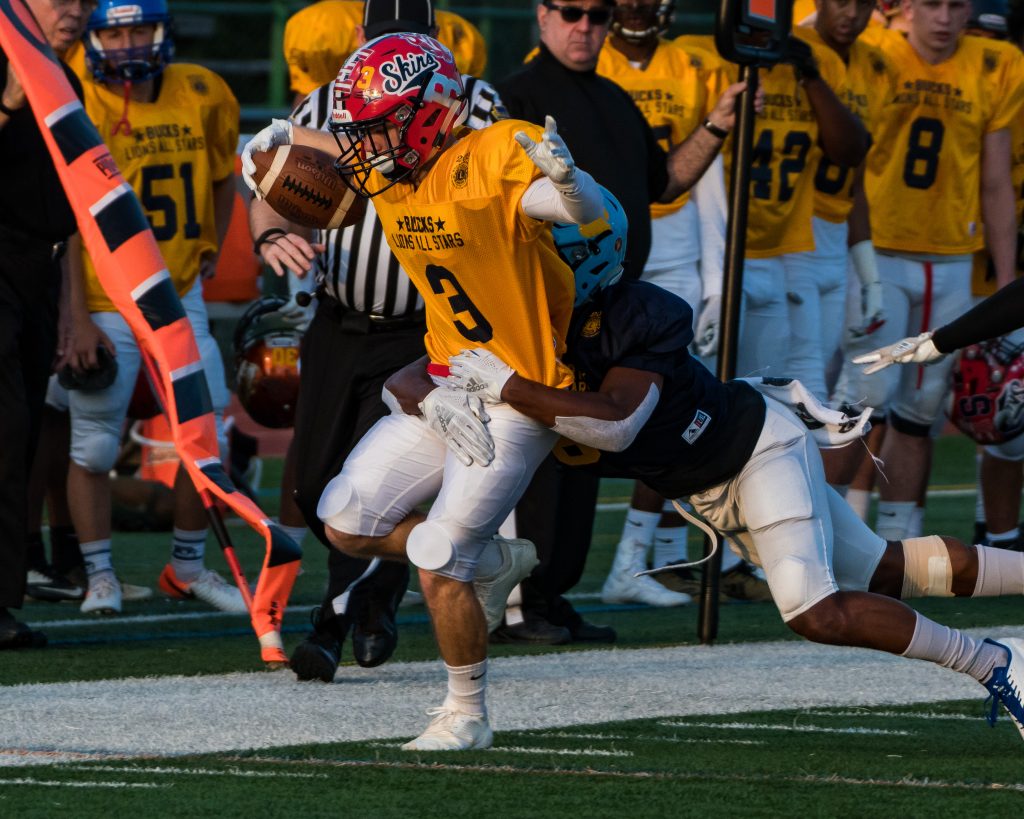 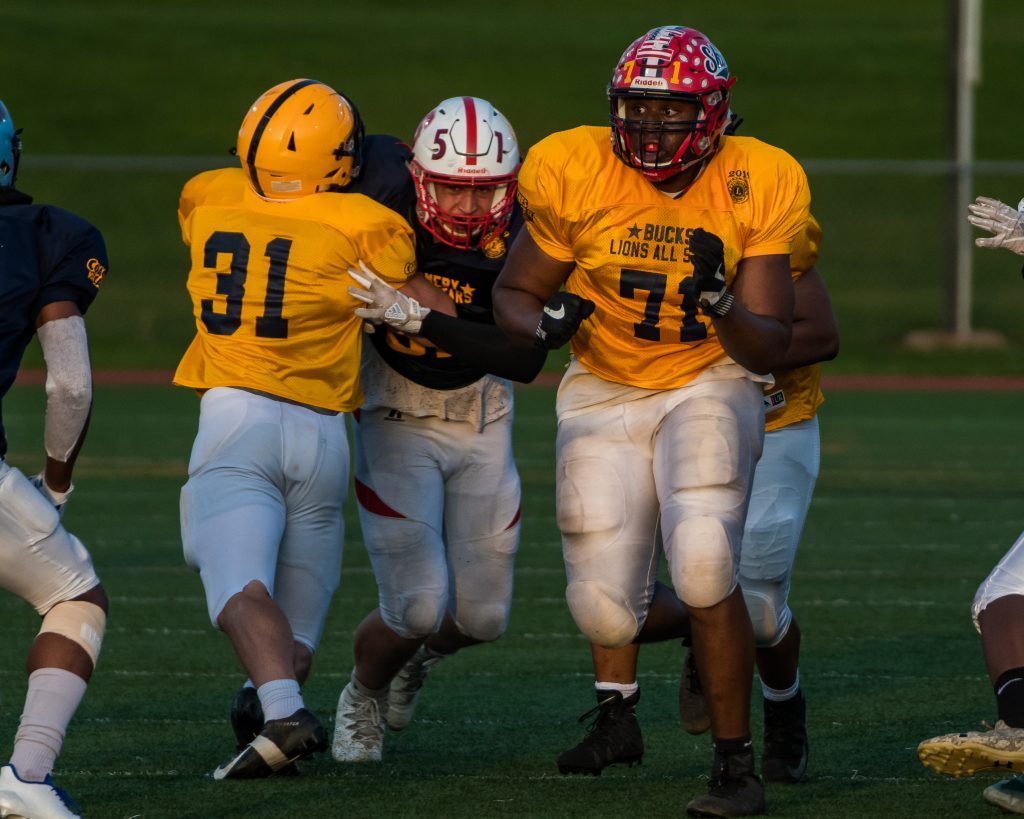 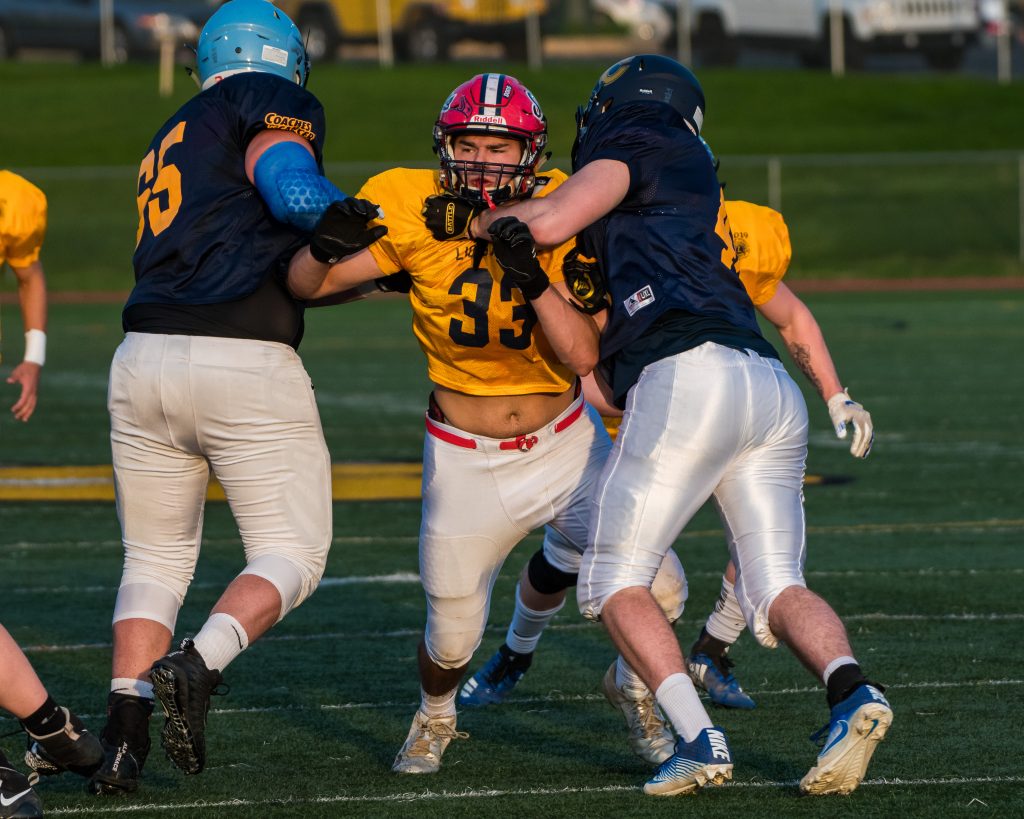 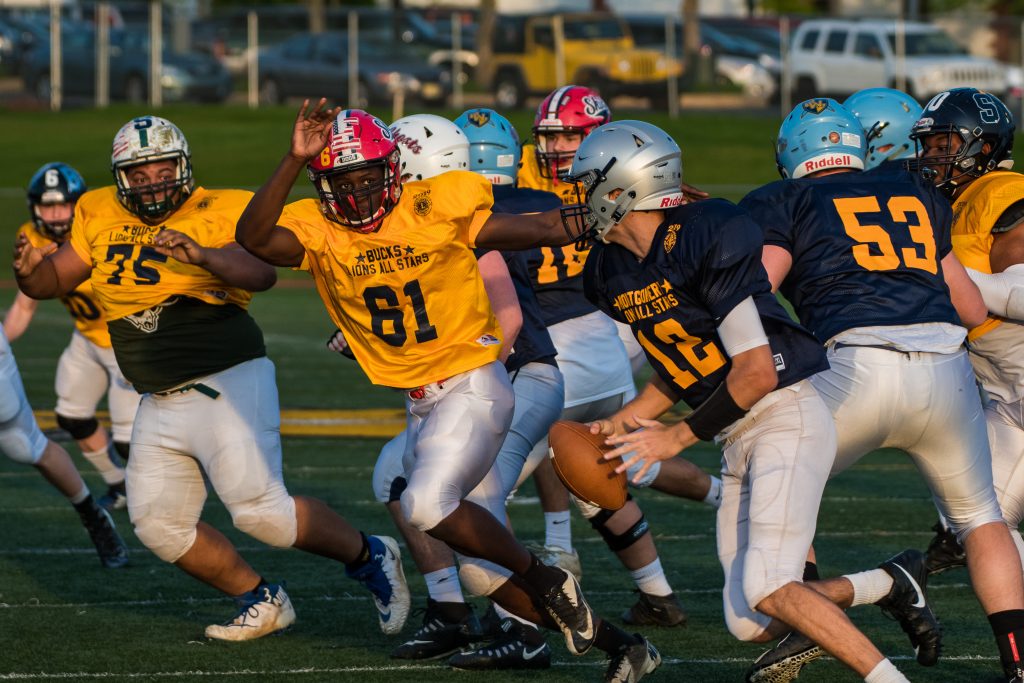 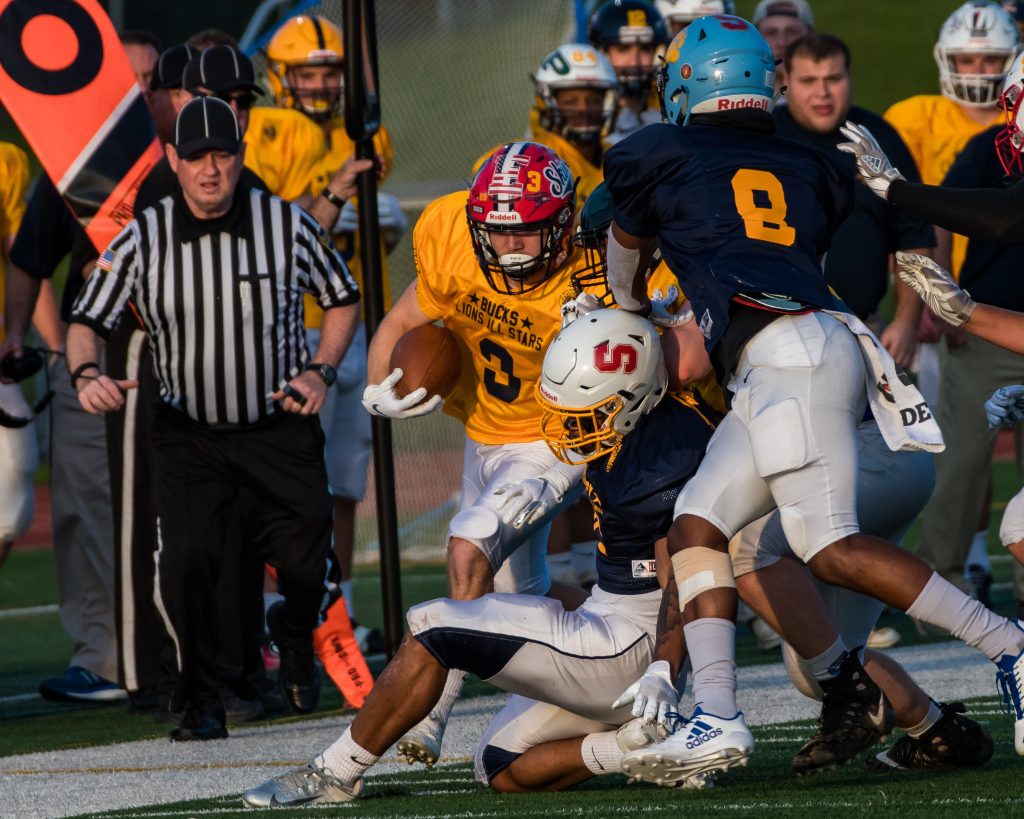 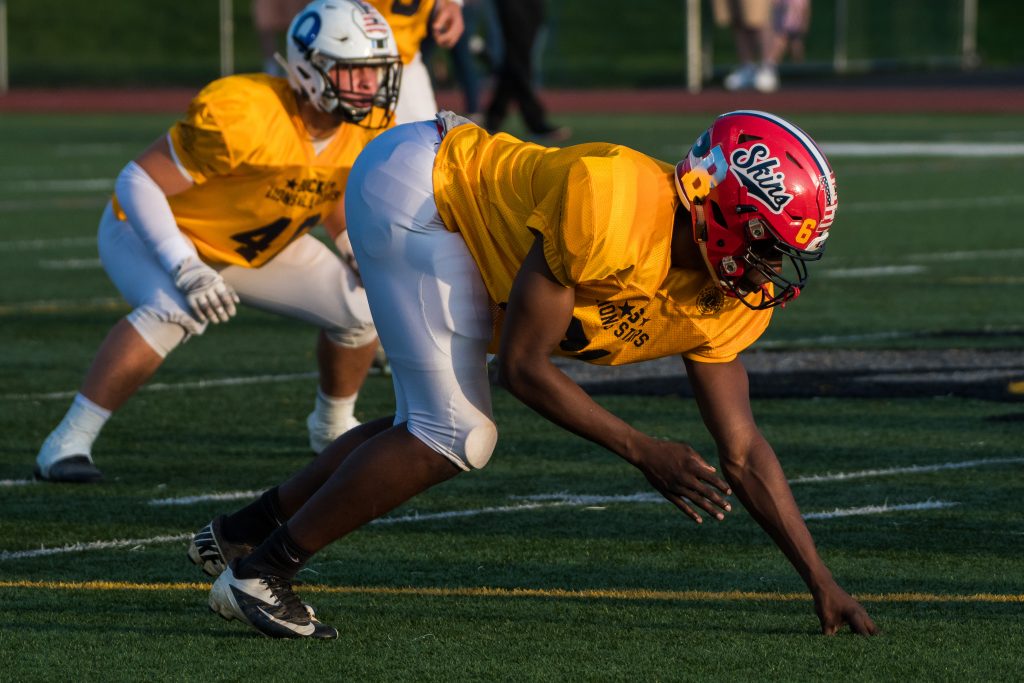 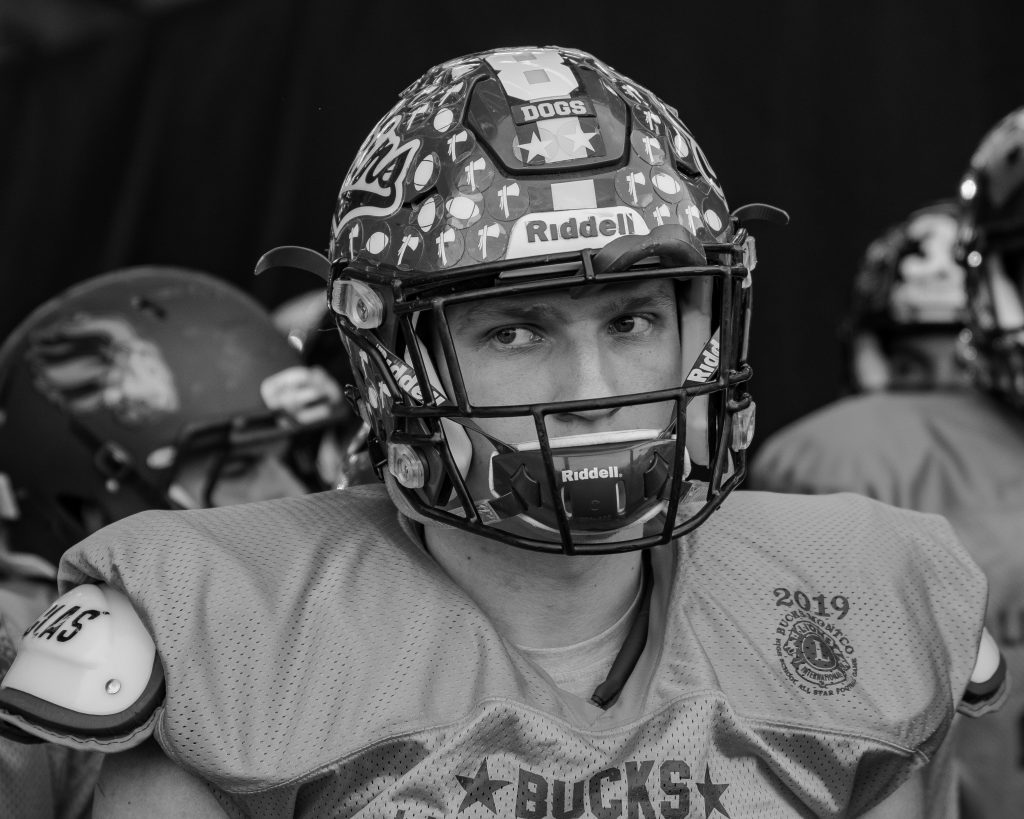 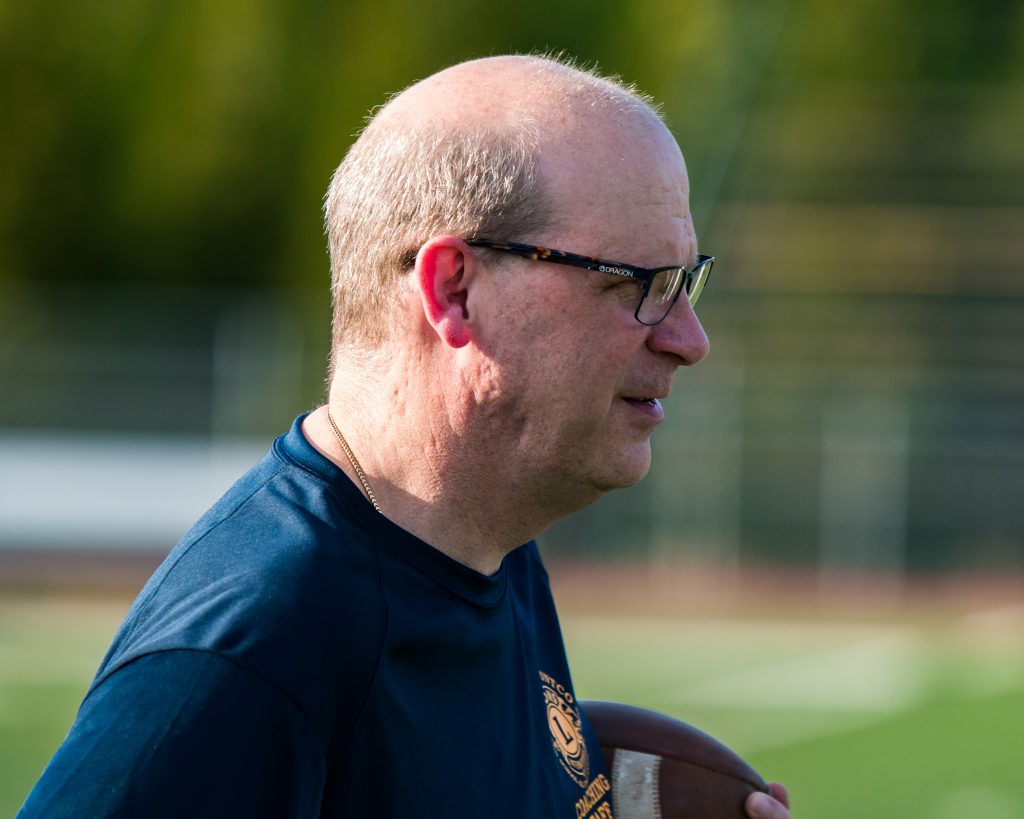 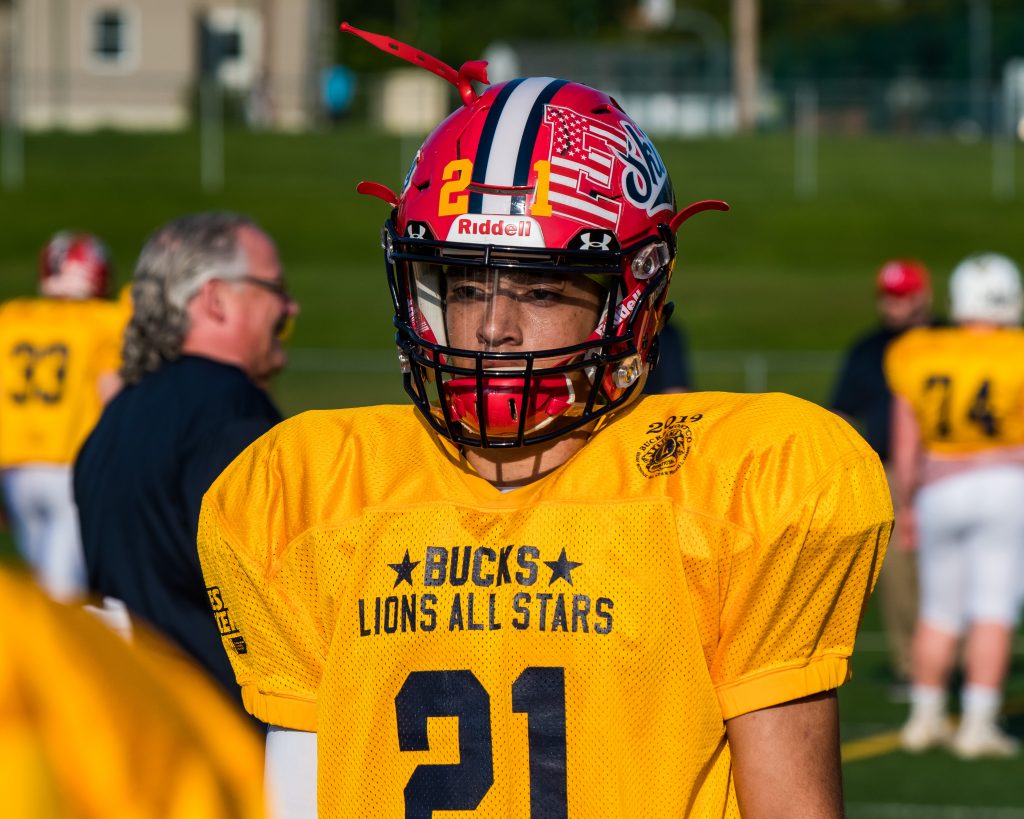 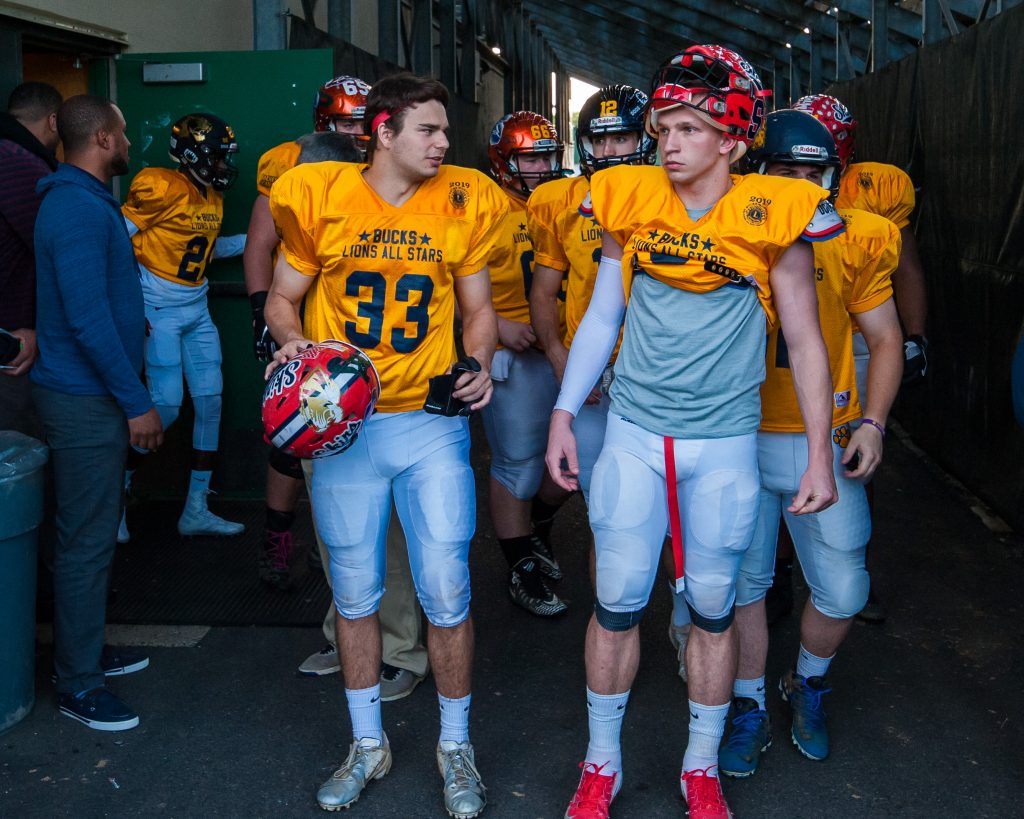