The Big Picture 26 – Coach Schmidt in Hall of Fame 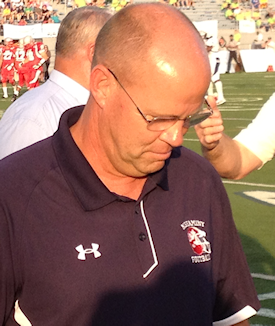 Langhorne: As if his cap wasn’t already brimming with enough feathers to stuff a pillow, our very own Coach Mark Schmidt earned another one when it was announced that the Pennsylvania State Football Coaches Association had voted to include him as the latest member of their Hall of Fame. And after what he’s accomplished in his long coaching career, which stretches back to the 1980s at Norristown High, the University of Kentucky and Lock Haven University (and which began at Neshaminy in 1995), it′s hard to think of something he hasn’t accomplished. With a win-loss ledger of 139-60 as the head man of the Redskins’ grid program, he owns just about every record a Neshaminy coach can. Plus with a PA 4A State Title and Gold Football in 2001; a Silver in 2004; two Eastern Championships; six Suburban One Titles; and multiple “Coach of The Year” awards (in addition to his service as the head coach of the “Big 33” squad and many other post-season all-star teams), the 1978 Lower Moreland graduate has certainly made his “Mark” while he’s been here in Langhorne.

Importantly too, besides seeing his teams achieve great success over the last 17 seasons, on an individual basis Coach Schmidt’s boys have gained just as much notice. In fact, while holding the tiller, over 20 of his players have received All-State recognition while ten have played in the “Big 33” game (with others playing in the “PSFCA East-West” game and the “NJ vs. Northeast Football Classic” too). And it would take a calculator to total up all the players Coach Schmidt has mentored that suited up for the Bucks County All Star Game or were selected for local and regional honorary “All Star” teams. Plus many of his players have gone on to play at the next level as his former Redskins have been peppered among the various college division schools.

So congratulations Coach – you deserve it and we couldn’t be more proud! And here′s hoping that the last 17 seasons of watching you roam the west side of the field at Harry Franks Stadium are followed by another 17 with the same view.

One more thing which we know Coach would approve: Go ‘Skins! 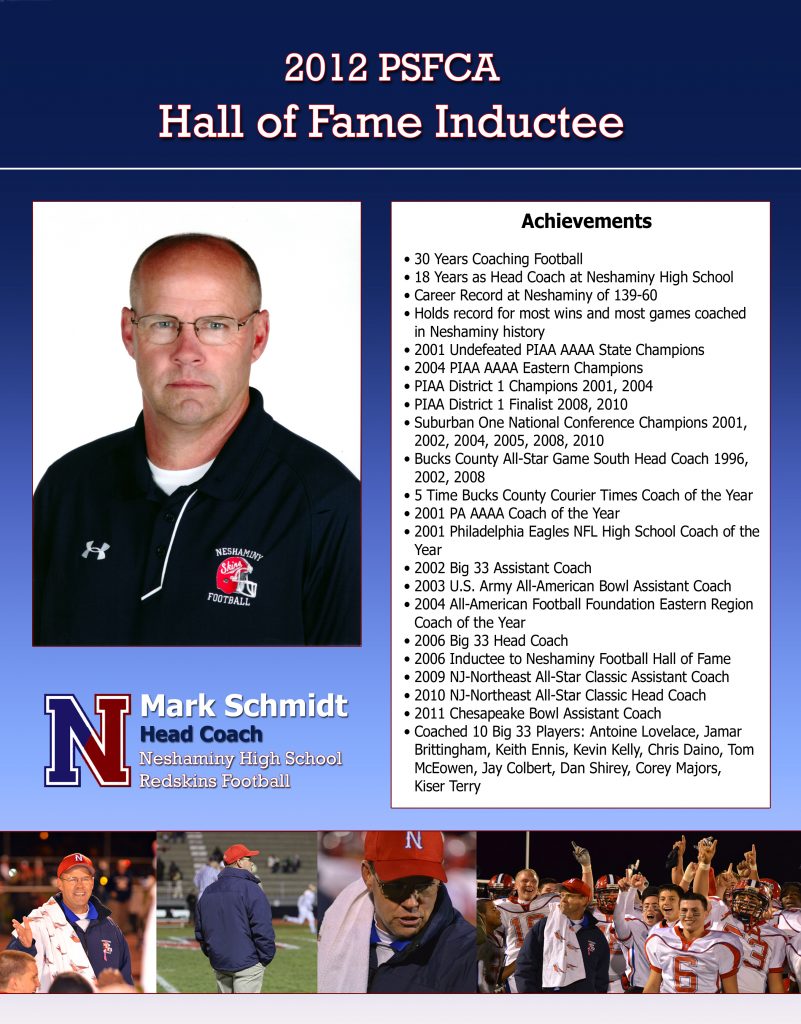