In an effort to save our history, we embarked on a two year long video project. We transformed almost all of the older VHS tapes and some reel-to-reel film to a digital format. We obtained these from the saved media in the football office. We are missing a lot of reel to reel games prior to 1983. Some of these reel to reel canisters may have been loaned out to players or coaches. If you have any of these at home please contact us and we will pick up and drop back off to you along with a DVD of the game.

We will occasionally post one or two games here as they are converted. Again, this is a slow process so bear with us as we will update with one or two examples from the decades as we go.

Update April 2020: We now have 50 years of game archived. Many thanks go to the Alumni who supplied us with old 16MM film as well as VHS tapes. The oldest full game we have is from 11/14/1969 and is between Neshaminy and William Tennent and is courtesy of Chuck Gearhart. Please contact us if you have old canisters of reel-to-reel film and we will convert for you and return to you with a DVD of the game/s.

Our first game is courtesy of C. Watkins who was not sure of the year this game was played. We are grateful for this rare piece of Redskin history. This game has been identified by Paula G., our resident historian, to be a 1959 game due to the presence of Harry Franks on the sideline (in the light colored suit) and the absence of the stars on the shoulder pad area.

This video clip includes multiple plays from Neshaminy’s 1962 game with Pennsbury. It was played at the Falcons’ “old” Charles Boehm Field in Lower Makefield. The clip highlights multiple plays from the second-quarter of the contest when the Redskins where in the midst of a 33-point scoring outburst which featured the great Bob Baxter (Neshaminy was wearing their white away game uniforms and he is number 60).

Here is the complete Neshaminy versus Pennsbury game played on Saturday November 20th, 1971 complete with footage pf the pre-game bonfire, homecoming floats, senior parents presentation and the large crowd waiting to get into the game. This treasure was found by our resident historian Paula G. when she was cleaning out the closet dedicated to Neshaminy memorabilia. Original video was shot by Mr. Sroba, Joe Sroba’s Dad, who brought in several cameras to cover this game.

Here is rare gem – a 1976 Maple Point game found among the other film canisters. You can still see the old light poles installed by Harry Franks in front of the stands. Maple Point is in white and the game was played at Neshaminy HS.

Welcome to 1989 Homecoming! Lots of action in this game, no to mention the Homecoming hair styles! You will see lots of Hall of Famers in this video.

Moving along converting the 1989 season, we give you the September 22, 1989 game between the Neshaminy Redskins and the Bucks of CB West. If you look closely you will see Coach Chaump on the sidelines. The quarterback is James Franklin, PSU head coach and this game features a spectacular interception by Mike Frederick, former NFL pro.

This October 17, 1997 Neshaminy Vs. Abington game was requested by the class of 1997 as their most memorable. Click here for the 1997 roster and here for the Inquirer article. It was the most points scored in a game by a Neshaminy team – 69 as well the most total points scored – 105. Divide that by 48 minutes and that comes to 2.18 points every minute.

We found the VHS tape of this little gem of the 1999 season buried amongst hundreds of old tapes while we were working on our analog to digital conversion project. This was Mark Schmidt’s 4th year as Head Coach. If you pay close attention at 11.23 and 12.28 you will also see present Head Coach Steve Wilmot on the sidelines. There was also a surprise visit from Spiderman.

Here are the CN8 broadcasts of the November 26, 2004 District One Title game against North Penn. This was a very exciting game. Please enjoy.

This game against North Penn on November 29, 2013 was for the District 1 Title. What an exciting game and the team played hard. Final score was Neshaminy 42 – North Penn 7. Running back D’Andre Pollard rushed for 242 yards and 4 touchdowns. Videographer – Matt Bartolucci

Antoine was inducted into the Hall of Fame in 2010 – he is shown below third from left. 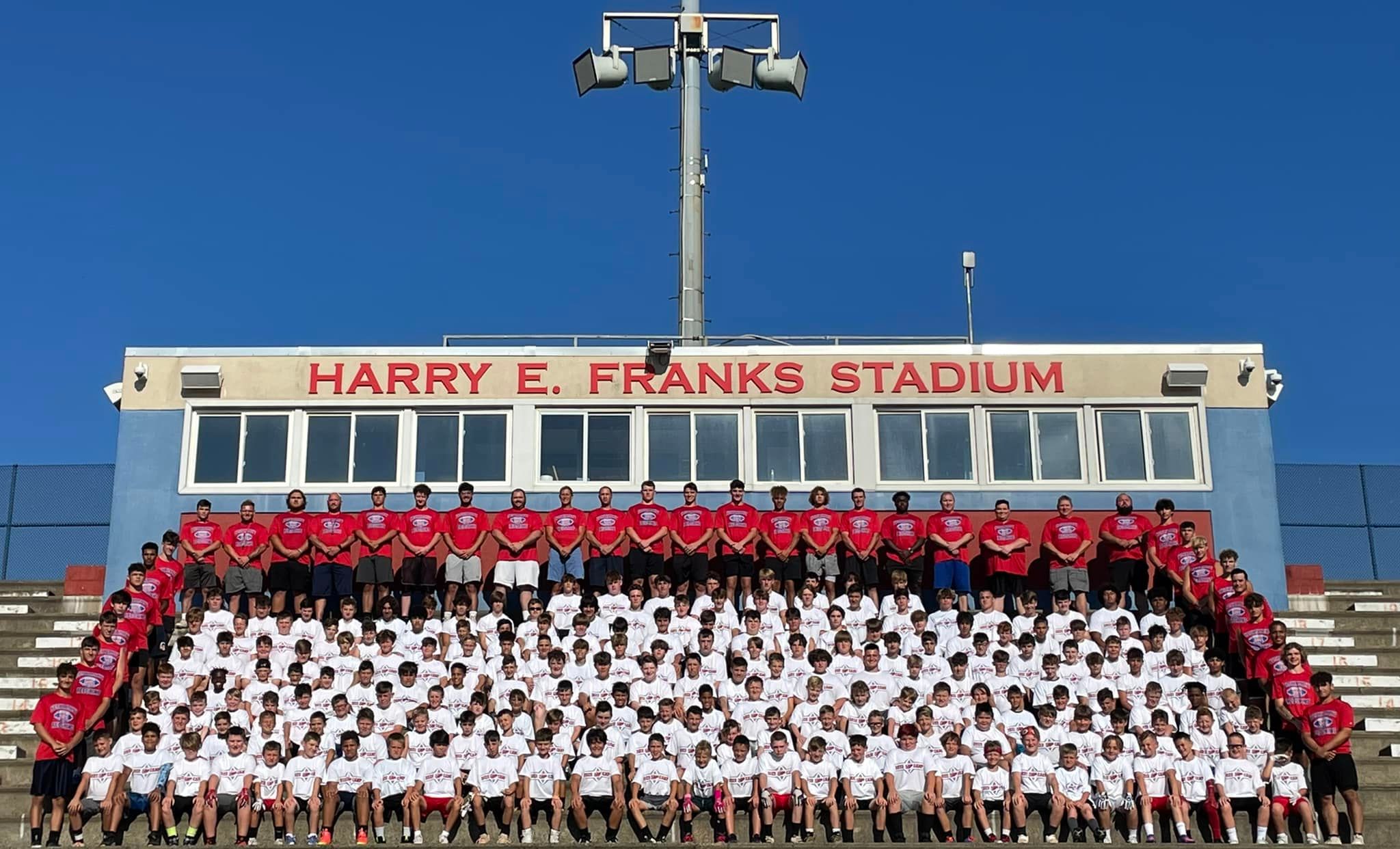 Please visit the 2022 Neshaminy Youth Camp Page for all the photos.