‘Skins-Knights leave it on field, yet again

Lansdale: The 2019 season is finally here and thankfully so is the cool weather. For several years now Neshaminy has opened the season at home. This year we are away at North Penn to play Dick Beck and his Knights. They are always a tough opponent and high scores are expected.

The Knights won the toss and elected to defer so the ‘Skins were up first. It took them five minutes to cover 80 yards with a series of Chris James runs and a 54 yard pass to Ian Sheehan. James bolted 12 yards into the end zone and Jack Hughes’ kick was good to put the score at ‘Skins 7 – Knights 0.

Ball to the Knights who were stopped on their second set of downs.  ‘Skins got the ball back only to lose it again on an interception when Brody McAndrew was tackled mid-throw.

With the first quarter ticking down, the Knights scored with an 11 yard scamper by Evan Spann to tie the game 7-7.

The second quarter saw lots of action as the Knight added 20 points and the ‘Skins tacked on 13 more all in the last 4 minutes.

North Penn’s Spann scored once and Kenneth Grady scored twice on an 11 yard run and a 69 yard pass and a record breaking 100 yard kick return respectively.

The ‘Skins scored twice as well and both on the arm of McAndrew. We got a glimpse into the future with some great receptions by Ian Sheehan and Mason Demi. Sheehan scored on a 40 yard pass and Demi on a 28 yard reception.

North Penn scored twice more in the third quarter. After a seventy yard drive, RJ McNamara punched in a run but the Knights only gained six points as the kick was missed. Khalani Eaton ran 15 yards in the end zone with only 1:67 left on the clock and this time Moon added an extra point.

Neshaminy scored on a 2 yard QB keeper which topped off a twelve play drive that ate five minutes off the clock. The third quarter ended with Neshaminy in possession of the ball and the score at ‘Skins 27 – Knights 40.

‘Skins scored 2 plays into the fourth quarter on a third down and 22 when McAndrew threw a perfect ball to Sheehan on a 82 yard pass and Hughes’ kick was good. Score stood at ‘Skins 34- Knights 40.

But the Knights sealed the game with two more scores – a one yard run by McNamara and a sixty five yard run by Eaton.

It was a typical Neshaminy – North Penn match up. Neither backed down and neither quit and both sides went home nursing bumps and bruises.

There were a lot of positives we can take from tonight’s game. First, Brody McAndrew has a great connection with Ian Sheehan and Mason Demi and we look forward to seeing more. Kicker Jack Hughes was steady all night and punter Kushal Patel put the ball way down the field several times. We saw a lot of good defensive plays from Brody McAndrew, Dawson Obringer, John Hutchinson and Ian Sheehan. Let’s not forget that Chris James is one tough and wily runner.

Don’t miss our Home Opener next week against Pennridge. Be there to cheer on our hard working players. See you at the game! 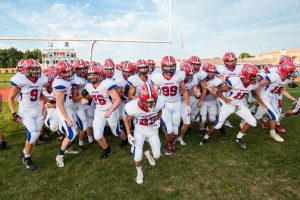 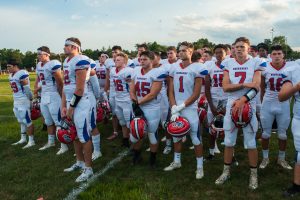 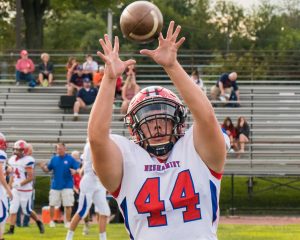 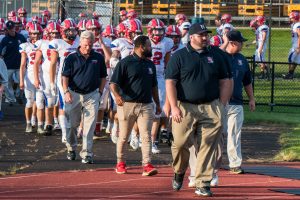 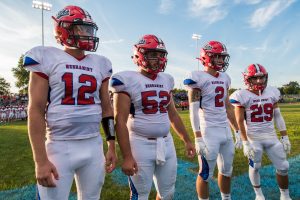 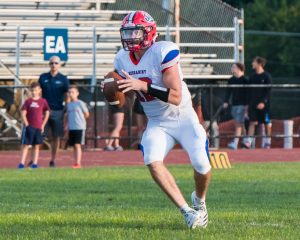 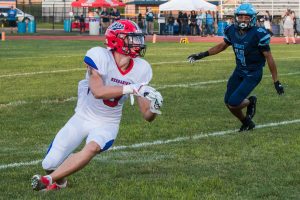 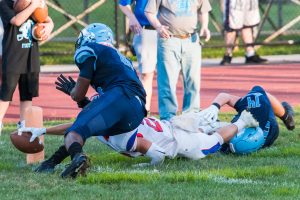 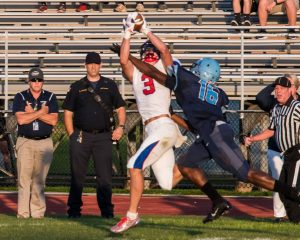 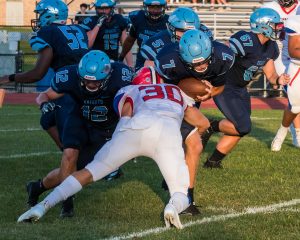 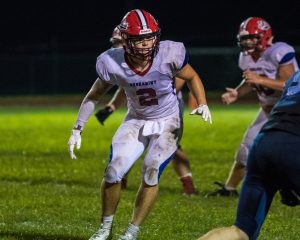 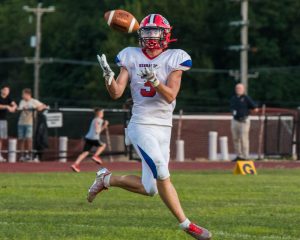 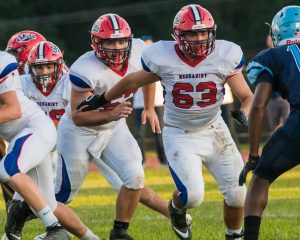 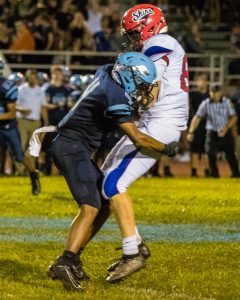 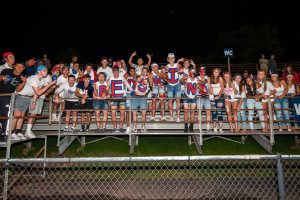 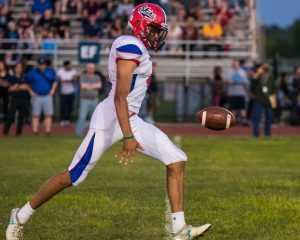 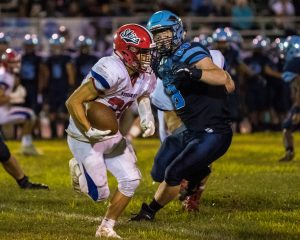 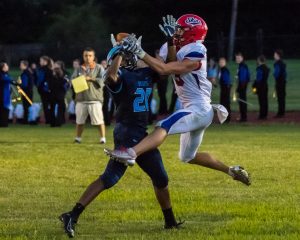 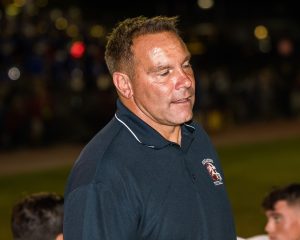 Videos by Jack Haston
Video link for all Neshaminy games

Brody McAndrew & Ian Sheehan, Neshaminy – The senior duo of quarterback Brody McAndrew and wide receiver Ian Sheehan singlehandedly kept Neshaminy in its game against North Penn. Brody – despite pressure – threw for 268 yards and three touchdowns in Neshaminy’s 55-34 loss. Sheehan was on the receiving end of six passes for 220 yards and two touchdowns for the Redskins, who trailed by just a touchdown in the fourth quarter
Coach Steve Wilmot says: “”Brody McAndrew and Ian Sheehan did what we expected them to do last Friday night. We knew Brody could throw the ball well, and also suspected that Ian would be at the receiving end for many long receptions and touchdowns. Together they combined for six receptions for 220 yards and two touchdowns. Ian has terrific athletic ability and catches the ball well. We expect the chemistry between the two to continue all year.”

Chris James, Neshaminy – The junior running back had 130 yards and one touchdown in Neshaminy’s 55-34 loss to North Penn. 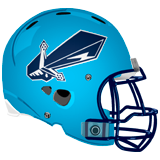