Langhorne: Tonight the ‘Skins welcome Head Coach Cody Muller and his Pennridge Rams to Harry’s House for our 2019 Season’s home opener game. A steady opponent since 2014, the ‘Skins are 17-8-0 lifetime against the Rams with our last loss back in 2015.

Rams won the toss and elected to defer. Neshaminy then scored in 8 plays with a 31 yard pass from QB Brody McAndrew to Dawson Obringer. Jack Hughes’ kick was good and score was ‘Skins 7 – Rams 0.

Chris James ran for a 70 yard touchdown on Neshaminy’s third possession of the 1st quarter and again, Hughes’ kick was good. The quarter ended with the score ‘Skins 14 – Rams 0 and ‘Skins in possession.

Five plays into the 2nd quarter Neshaminy scored on a quick 5 yard pass to Ian Sheehan in the end zone.

With 1:27 left in the first half Dawson Obringer recovered a Rams fumble after QB Bobby Croyle was set upon by Zack Magdelinskas and Tedo Sakhokia but Neshaminy was unable to capitalize and we went into halftime with the score remaining ‘Skins 21 – Rams 0.

The third quarter began with a Rams 3 and out. In their next possession the ‘Skins managed to hang onto the ball after a Rams’ roughing the passer penalty put us back in play, but were stopped on the Rams 46 yard line.

With 1:06 left in the third quarter, a Croyle 72 yard pass to Elias Dantzler brought the Rams down to the 4 yard line. They scored their only touchdown on a 5 yard run by Jack Ferguson and kicker Alex Lelii was good for the extra point. Score ‘Skins 21 – Rams 7.

Chris James rushed for 100 yards and Brody McAndrew had 127 passing yards. Ian Sheehan had 9 receptions for 133 yards. Hats off to Jack Hughes who was 3 for 3 on PATs and to Dawson Obringer who was a real presence for the defense tonight.

We are home again next week in a big match up against Downingtown West so mark your calendars and be there to cheer on our ‘Skins. 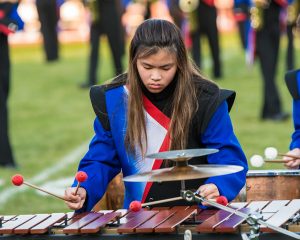 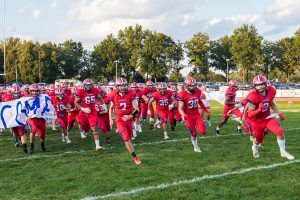 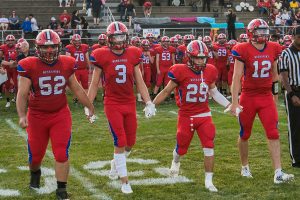 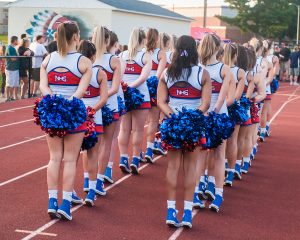 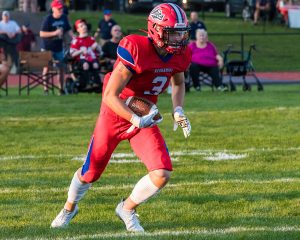 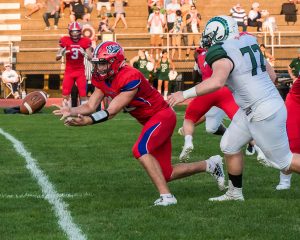 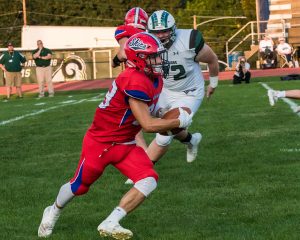 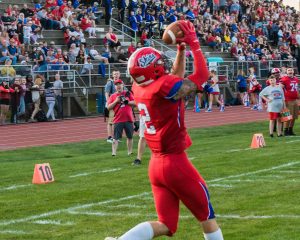 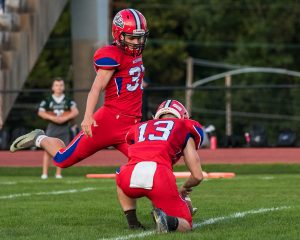 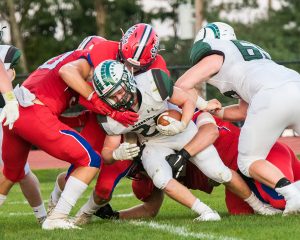 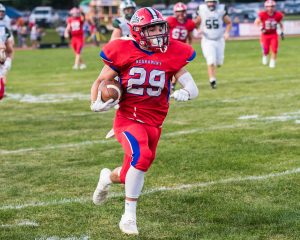 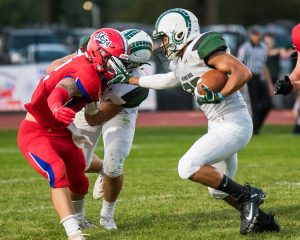 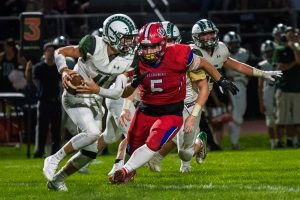 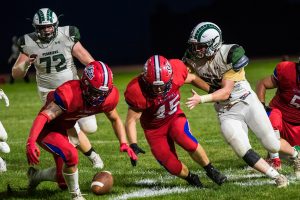 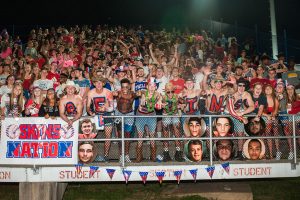 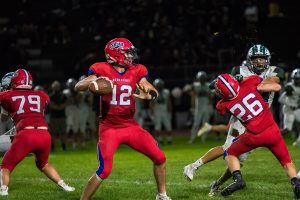 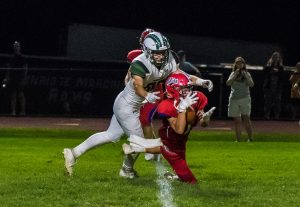 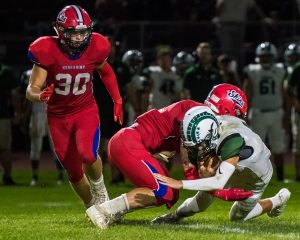 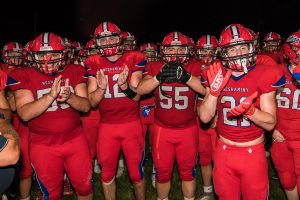 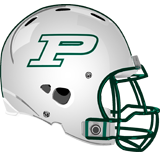