Langhorne: This week we welcomed Head Coach Mike Milano and the Downingtown West Whippets. They are coming in with a 2-0 record and averaging 38 points per game.

The 1st half was a struggle for the ‘Skins. The Whippets were able to put 21 points on the board with QB Will Howard and Julian William connections totaling 81 yards. Downingtown scored again in the 2nd quarter on a 4 yard TD run by Tyriq Lewis.

With 1:29 left on the clock before the break, the ‘Skins scored on a beautiful 53 yard touchdown pass to Dawson Obringer doing double duty on both offense and defense.

With the rain coming down in sheets the first half ended with the score ‘Skins 6 – Whippets 28.

The 2nd half began with an 85 yard TD run by Downingtown West’s Tyrik Lewis and midway through the quarter QB Will Howard snuck into the end zone on a 5 yard TD run. Score was ‘Skins 6 – Whippets 41 at the end of the 3rd quarter.

We saw a lot of fresh new faces in the 4th quarter on both sides. The Whippets ate up the clock on a long nine minute drive which was capped by their last touchdown of the game and the final score was ‘Skins 6 – Whippets 48.

Next week we are away at Council Rock North to play new Head Coach John Greiner and the Indians with a 2-1 record, so mark your calendars and see you at the game! 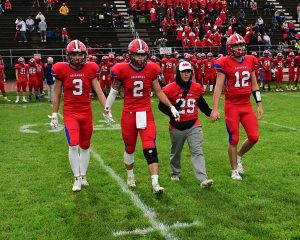 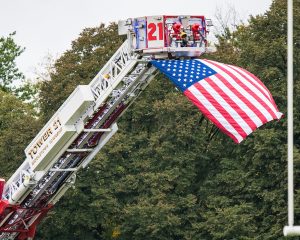 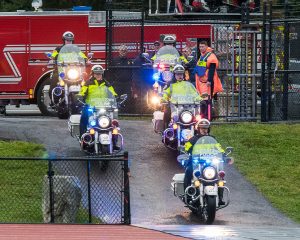 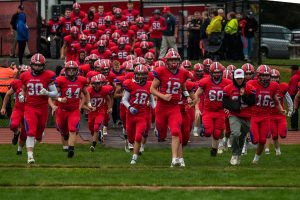 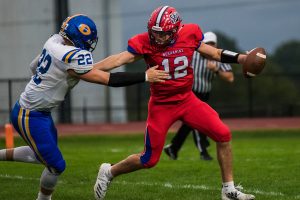 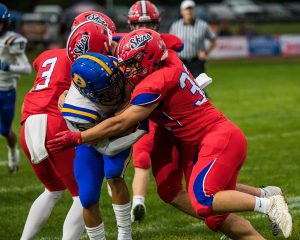 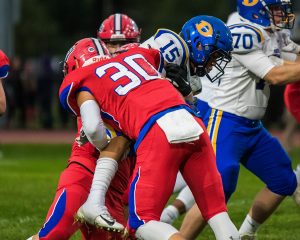 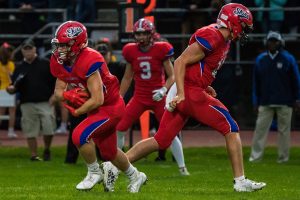 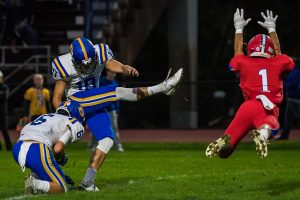 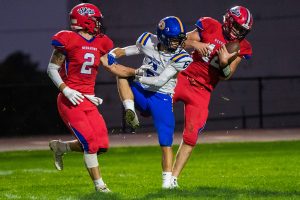 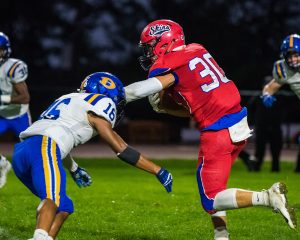 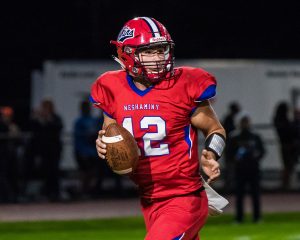 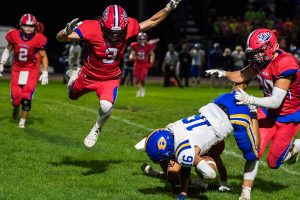 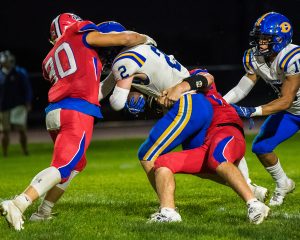 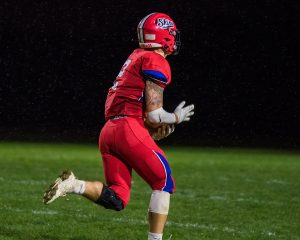 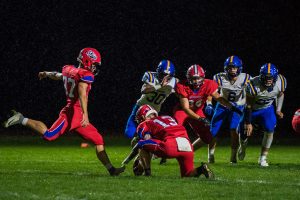 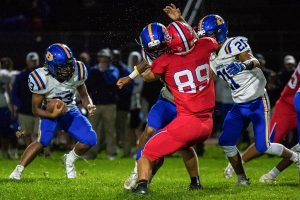 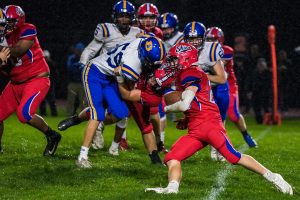 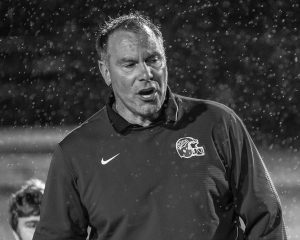 Video link for all 2019 Neshaminy games 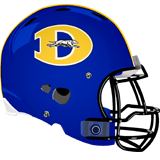