‘Skin back in business with win over the Indians

The 1st quarter was all ‘Skins and they scored on all three of their drives. With first possession the “Skins wasted no time and in just 4 plays scored on a 38 yard pass to Gavin O’Connor. They also scored on a run by John Hutchinson and again on a 35 yard pass to Ian Sheehan who made a spectacular catch in the end zone. Jack Hughes was 3 for 3 on PATs.

The Indians could not convert on their two possesions and the score was ‘Skins 21 – Indians 0 at the end of the quarter with the Indians in control of the ball on the ‘Skins 41 yard line.

The 2nd quarter was a seesaw scoring session with both teams at 2 touchdowns each. The Indians continued their drive at the 41 yard line and scored on a 10 yard run by Tim Gibson and again at 3:54 with a nice clean pass by QB Jack Owens to Evan Mancinelli. However, the Indians were unsuccessful at both the PAT kick and 2 point conversion.

The 3rd quarter was all Indians. They ate up 8 minutes off the clock with a long 14 play drive containing three 4th down conversions and culminating in a nine yard pass to Kristien Valeriano open in the end zone with a solid PAT for the extra point. Score at end of the 3rd quarter was ‘Skins 41 – Indians 19.

The 4th quarter was action packed with everybody getting back on the seesaw. Each team had 2 possessions and each scored on both.

QB Brody McAndrew connected on a 26 yard pass to Ian Sheehan for a touchdown and John Hutchinson ran in 53 yards for another. The Indians continued to battle to the very last second with a Tim Gibson TD and they ended the game on a Noah Kapusta throw to Noah Summers in the end zone with 2 seconds left on the clock. Final score ‘Skins 48 – Indians 31.

Even with a sluggish 1st quarter the Indians got their momentum going and went head to head with the ‘Skins down to the very last second. They never gave up the fight and that says a lot for the strength of this team.

Hats off to Jack Hughes who was 6 for 7 on PATs and has maintained a steady scoring pace in the first four games of the season.

Lots of ‘Skins got in on the action tonight and made key plays – Gavin O’Connor scored the first TD, John Hutchinson scored 2 TDs and running backs Greg Orleski and David Miller each added 6 points to the total. The Sheehan – McAndrew magic continued with 2 passing touchdowns for a total of 61 yards.

The brand new 2019 defense is gaining experience – Dawson Obringer, John Hutchinson and Tedo Sakhokia all contributed their share of tackles and let’s not forget Nik Soska had 2 sacks.

Next week we are back at Harry’s House at Council Rock North to play new Head Coach Ben Johnson and the Truman Tigers with a 2-2 record, so mark your calendars and see you at The Ridge! 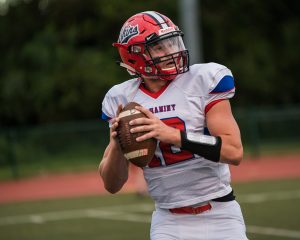 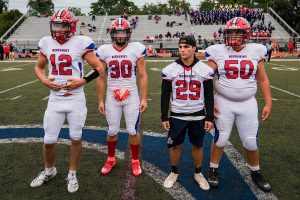 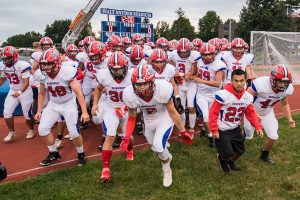 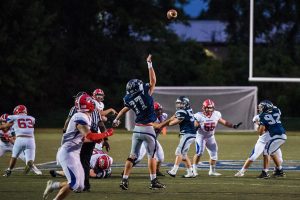 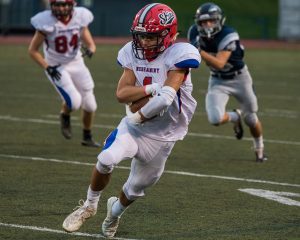 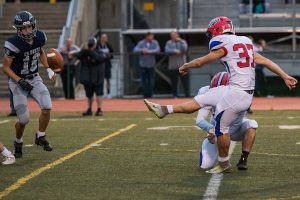 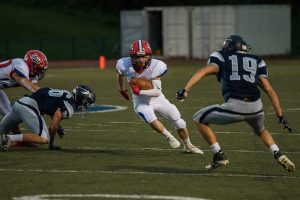 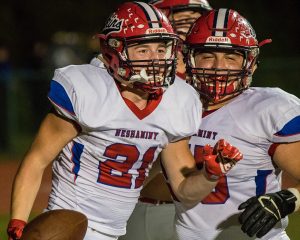 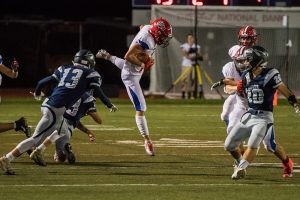 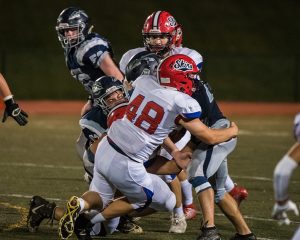 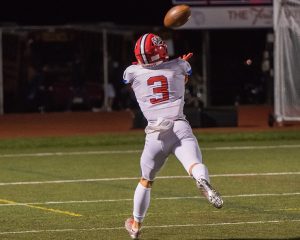 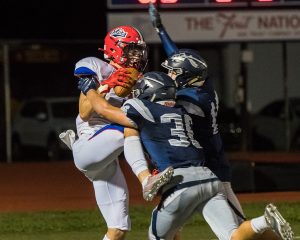 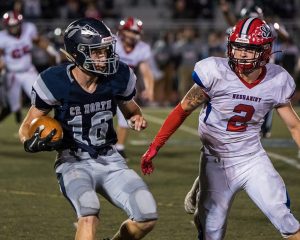 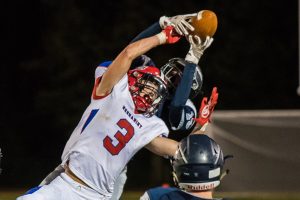 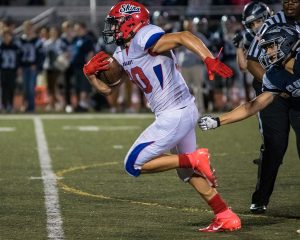 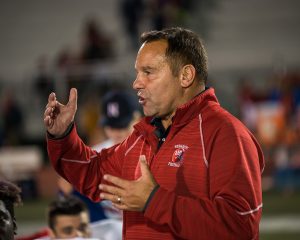 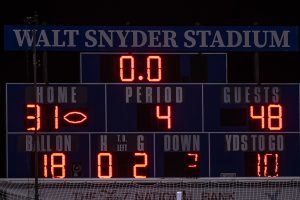 Brody McAndrew, Neshaminy – The senior quarterback accounted for 288 of his team’s 454 yards of offense in Neshaminy’s 48-31 win over Council Rock North. He completed 9-of-12 passes for 219 yards and three touchdowns with no interceptions. In the absence of running back Chris James (injury), he also had 10 carries for 69 yards.

Coach Steve Wilmot says: “Brody continues to be an excellent leader on our football team. Last Friday night he made several big plays throwing the ball and also converted a lot of third downs pulling it down and running it. His chemistry with receiver Ian Sheehan is tremendous, connecting for two more touchdowns this week.”

Jack Hughes, Neshaminy – The Redskins’ senior was a perfect 6-for-6 on PATs in Neshaminy’s 48-31 win over Council Rock North. 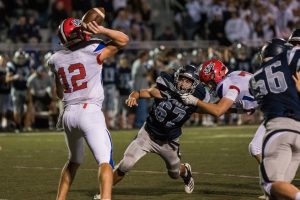 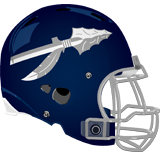 Prior to split – see CR North below