‘Skins honor their seniors with a Falcon shut out

Langhorne: With a full moon lighting up the night, we welcome Head Coach Dan McShane and his Pennsbury Falcons – our good neighbors, Challenger football partners and longtime rivals. The Pennsbury game is the most anticipated game of every season. Neshaminy is also celebrating their annual Senior Night. The rain from the last few days has made for a very wet field so we expect some slipping and sliding tonight.

Neshaminy won the toss and started off the game at their own 30 yard line with quarterback Aiden Schlupp back in action for the ‘Skins. After a series of nine plays they were on the Falcon 6 yard line where Chris James punched it in for a touchdown. The PAT was missed and the score was ‘Skins 6 – Falcons 0.

The Falcons went a quick three and out with a sack by ‘Skins Jack Dunkley who was assisted by Nick Buchys.

The ‘Skins got great field position at the Falcons 34 yard line due to a short punt. The first play resulted in a 30 yard TD run but was called back by a ‘Skins’ illegal shift penalty. Backed up to the 35 yard line, the ‘Skins, despite a nice James run, were unable to move the ball and turned it over on downs on the 30 yard line.

The Falcons were a quick three and out.

The ‘Skins then had a nice drive helped by 37 yards from James and a nice 11 yard yard catch by Dylan Bove but they were halted on the Falcon’s 12 yard line. The “Skins’ field goal attempt went wide right and Pennsbury took over on their own 20 yard line. The clock ran out on the 1st quarter after a 22 yard catch by Falcon’s CJ Kohler.

With sides witched, the Falcons were unable to make their second set of downs and had to punt.

Neshaminy started from their own 35 yard line, and with a 16 yard John Hutchinson run, were at midfield when James went for 14 yards only to have the ball set back 10 of those yards on a block in the back penalty. Undaunted, Neshaminy continued to hand the ball to James who not only scored a 28 yard TD but was good on a short run for a two point conversion. Score ‘Skins 14 – Falcons 0.

The Falcons’ drive was punctuated by a ‘Skins penalty and an intentional grounding penalty on quarterback Patrick Kirk and the Falcons punted back to Neshaminy.

The ‘Skins put together their best drive with everyone pitching in. They marched 76 yards across the field with James and Miller runs, a stellar 31 yard catch by Colin Schuckert-Tohm and another 9 yard catch by Andrew Kindness. Then from the 6 yard line James bolted into the end zone and the Leonhauser kick was good. Score ‘Skins 21 – Falcons 0.

With a minute left in the first half the Falcons took to the air when a Hutchinson interception and a subsequent Neshaminy kneel ran out the clock on the first half.

Leonhauser kicked off the 2nd half twice due to a ‘Skins offside penalty and the Falcons put together their best drive so far. A nice 41 yard catch by Kohler put them into ‘Skins’ territory but the Neshaminy defense came up big with coverage by Mike Donato and Greg Orleski and the ball was turned over on downs to the ‘Skins on their own 15 yard line.

The ‘Skins struggled but got their first down and the Falcons defense stopped them on their own 29 yard line three plays later.

After a Nina Mason punt, the Falcons were a quick three and out.

Neshaminy’s James then broke a 52 yard run the first play of the drive, the ‘Skins were positioned to score on the 2 yard line and James took it into the end zone. The kick was no good and the score was ‘Skins 27 – Falcons 0.

Although the Falcons did gain some yards with a nice 19 run by AJ Hirsch they ended the quarter having to punt.

The 4th quarter started and Neshaminy ate up the clock with multiple runs by James and David Miller totaling 84 yards. David Miller punched in a 4 yard touchdown run and a Leonhauser PAT added the extra point. Score ‘Skins 34 – Falcons 0.

With the Falcons in control of the ball the Neshaminy defense went to work. Key plays by Hutchinson and the offensive front stopped the Falcons and forced a turnover on downs.

Starting from their own 38 yard line after the punt, ‘Skins’ QB Seamus Marsden took over and with the help of Miller runs took the ball to the 36 yard line where Seamus took a knee to end the game. Final score ‘Skins 34 – Falcons 0.

The Falcons played hard all four quarters and we wish them the best.

A special thank you to Mr. Deal for all he has done announcing the the home games at Heartbreak Ridge over the last fifteen years. 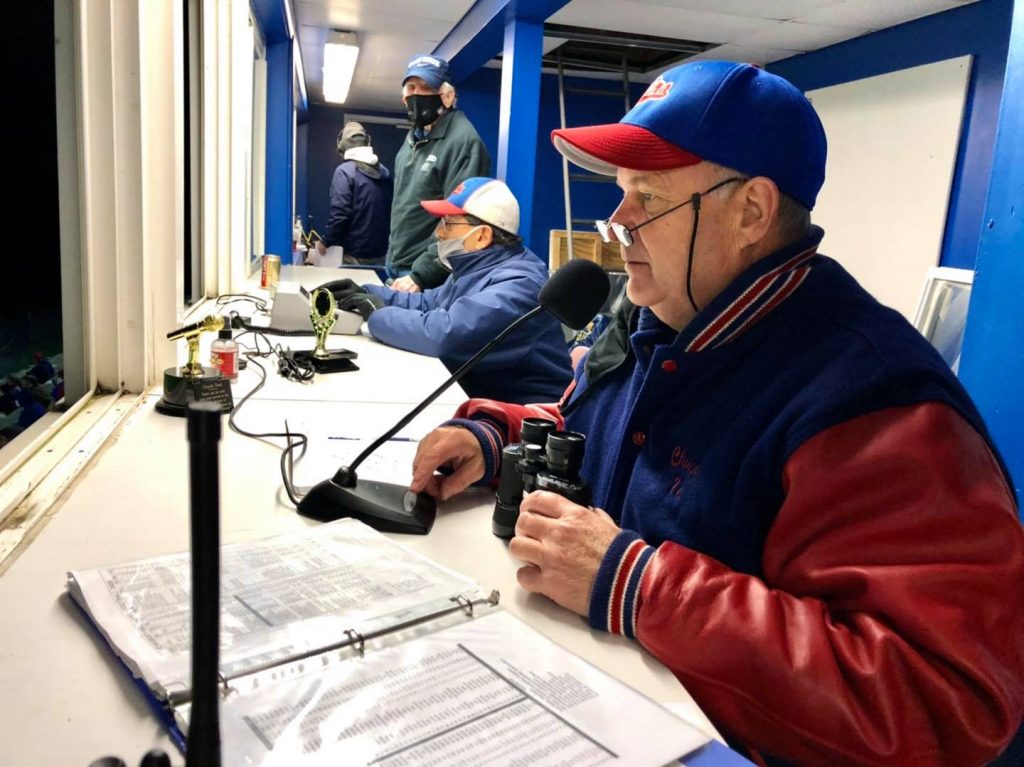 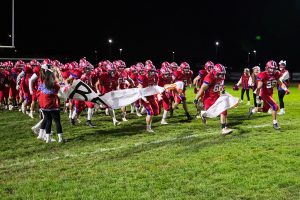 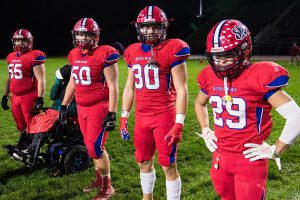 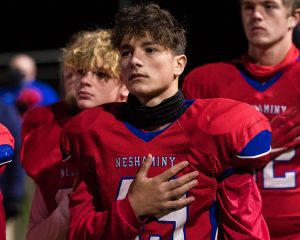 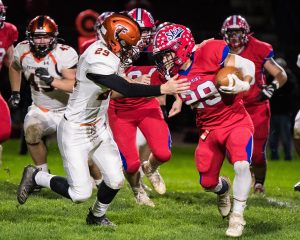 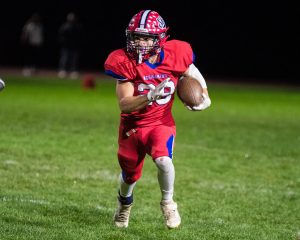 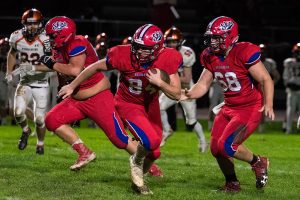 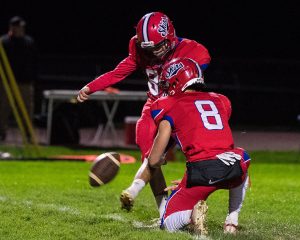 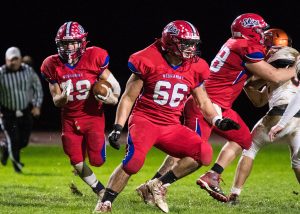 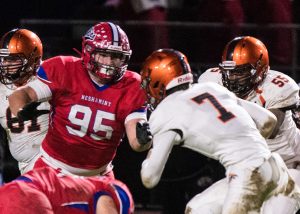 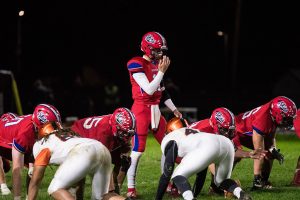 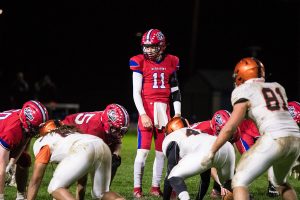 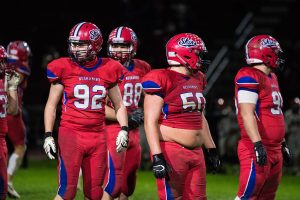 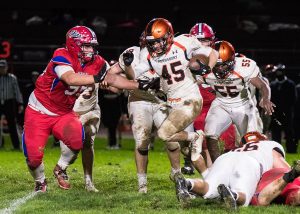 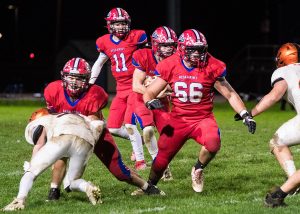 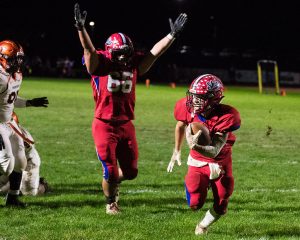 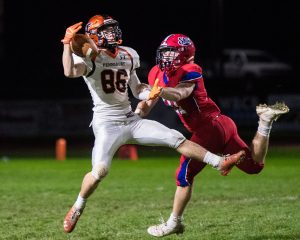 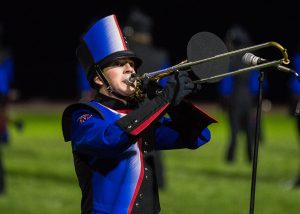 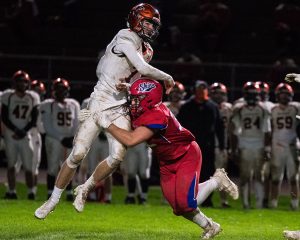 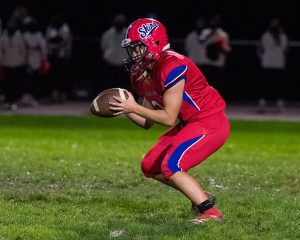 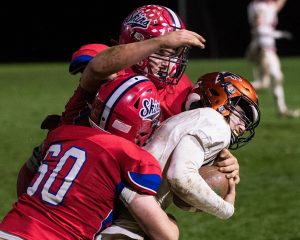 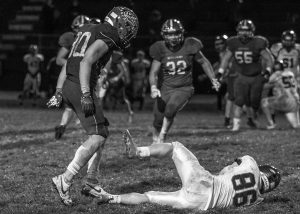 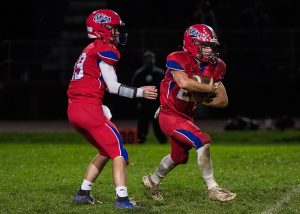 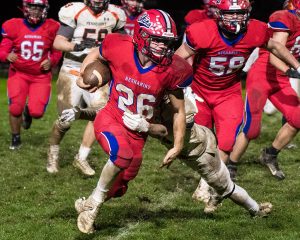 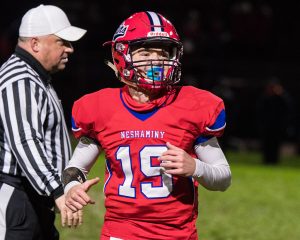 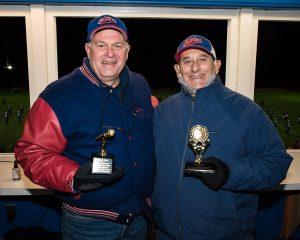 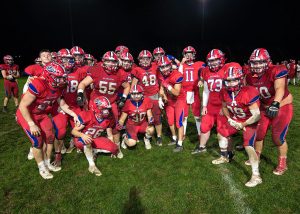 The Intelligencer – We learned a lot during shortened football season 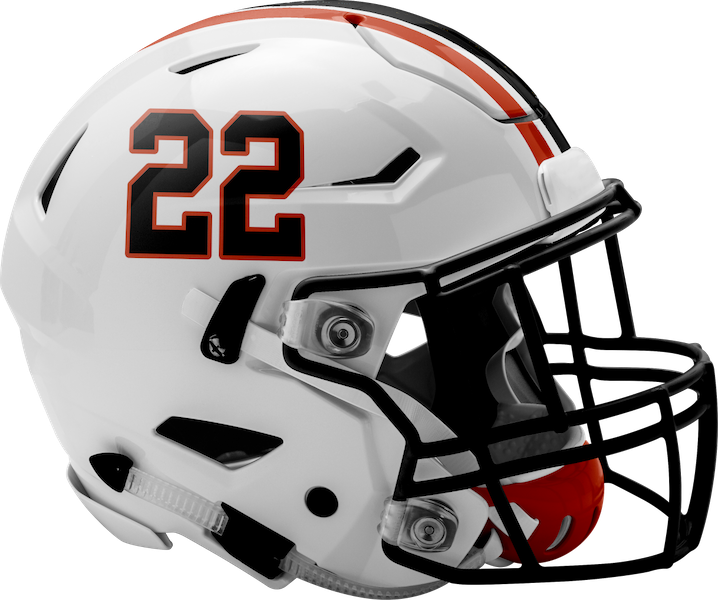