Love of the Game

WHY WE LOVE FOOTBALL

If it comes to a show of hands, we’d have to agree with the following: Why everybody loves football is a matter of opinion. For instance, some say it’s all about “that colorful non-stop action.” Alternatively, certain Friends of The Why We Love Football community explain it as a primal connection to what appears to be a battle for turf between enemy forces. You know, all that the stuff we call offense and defense, plays and formations, blocking and tackling. Those are just two examples of the many and varied thoughts we’ve uncovered. In any case, we’ve got enough to know it’s a hot issue.

And since someone suggested we do a little research to get it right, that’s just what we did. Course right out of the gate we did find complete agreement on one important point – everybody DOES love football. Yes, football is the world’s champion King of Sports.

Look to your left gang – Here Come Our Redskins!

Supporting that proclamation is the undisputed fact that for Neshaminy’s loyal fans, nothing compares with those Friday nights at The Ridge. Plain and simple, you’ll find not a single dissenting voice that it doesn’t get any better than the sight of the ‘Skins as they stream through the gate, under the goalposts and charge out onto the field. All the while overhead is heard the booming voice of the announcer as he advises “HERE COME YOUR NESHAMINY REDSKINS!” For the fans in the stands is there a more fitting way to greet the team before the game? We think not.

On a grander scale (if there is anything more grand than the Neshaminy Redskins) who can argue that Super Bowl Sunday is anything but a time of unity, harmony and celebration in the life of a football fanatic? And we do remind you that although the first Super Bowl was only in 1967, it was an instant success. Actually, to say that the Super Bowl is a national craze and blockbuster television extravaganza is almost an understatement.

No doubt about it, the Super Bowl and the season that leads up to it are really something. But by way of comparison, consider that the first televised NFL game was in 1939 at Ebbets Field (featuring our Eagles and the Brooklyn football Dodgers). For that presentation, television executives thought two cameras were plenty. Flash forward to the religious experience the Super Bowl has become and you can now watch up to 12 hours of pregame and game coverage all being broadcast to 234 countries and 130 million viewers worldwide with 40 on-field cameras! If the Super Bowl is the barometer, then we suggest that alone backs the thesis that we all love football. 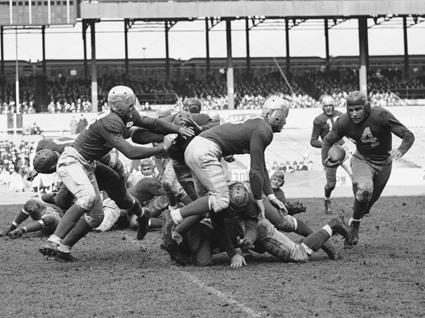 Not yet convinced? Then ask yourself the following: Have I ever become overly upset and distraught because of a poorly thrown, incomplete pass during a nerve-racking moment in a late game, two-minute drill when a score would decide the outcome? See what we mean.

By the way, just in case you think this football thing is a modern-day phenomenon we remind you that none other than President Theodore Roosevelt got involved in shaping the game early in the last century. You see, those Ivy League contests (the cradle of football we should add) were a bit more violent and brutal than was called for. Teddy took note and threatened to ban the sport by executive order if the game wasn’t rethought, retooled and, most importantly, restrained. Thus, in 1906 major reforms were implemented which included the legalization of the forward pass (making it easier to score points and easier to keep the fans happy too). The point? Football has been an obsession from its inception. 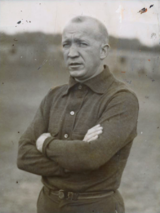 A bit more on that forward pass rule change. It really wasn’t until Notre Dame visited West Point in 1913 to play a powerful Army squad that the full potential of the aerial game began to take hold. Checking contemporary newspaper accounts, you’ll see that it was quarterback Gus Dorn’s passes to end Knute Rockne that jolted the Black Knight’s powerhouse squad as Notre Dame prevailed 39-13. And as an aside, that event was not only the foundation of the Rockne legend but it also sparked the intense interest in cross-sectional intercollegiate match-ups that persists to this day. 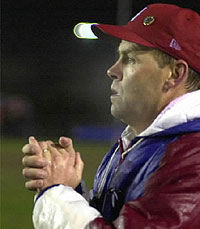 And further to the subject of changes, we can′t help but add a comment about just how “crazy mad” a coach can get as he watches one of those unpredictable pigskin bounces when it hits the ground after a kickoff, punt or if it′s fumbled (hello, it’s the shape of the football we’re considering here). Even so, we feel confident that although the aerodynamic slim-line football (which began to develop in the early 1930s) may act as if it’s out of control when it’s loose on the field, it sure is easier to handle and throw. Rather sadly, though, the drop kick effectively disappeared because of those pointed ends. Then again, those soccer style kicking specialists have picked up the slack (and don’t you just love watching those end-over-end, game winning 50-yard field goals).

Anyway, we’ve lost our train of thought here so perhaps we’ll close by posing a few final questions: Exactly what is the magic here? Why do we love this game like no other sport? What is it that lies at the heart of our passion and our mania? What’s the real story behind the obsession, the fixation and the zeal? Why the insatiable appetite for game day heroes and the intangibles of team spirit and 12th Man fans? What is it that drives the crowd to roar and cheer wildly in the hope of victory and greatness? Do we need go on?

Maybe we’ll never know the answer to the statement we made at the opening of this writing. And maybe we shouldn’t want to know the answer. Maybe it should remain as one of life’s little mysteries (just a fundamental truth not unlike some basic law of physics). So that′s where we’ll leave it – as the mystery it is.

But even though it’s a mystery, on two points we′re clear. We do love football…

…AND WE DO LOVE OUR NESHAMINY REDSKINS

Mid season round up