BUCKS CO., Pa. (CBS 3) ― It was a rare opportunity for a special group of football players Sunday.

A local high school team took youngsters under their wing and gave them support and inspiration through the game of football.

They call themselves the Challenger team. With a few shoulder rolls and mock runs everything was in step for the big Sunday game.

The Challenger team consists of two dozen athletes with special needs who take to the field every week. They are coached by members from the Neshaminy High School Redskin football team.

The kids love the feeling of playing in a competitive game.

The team’s kicker said he likes play because, “It’s rough.” 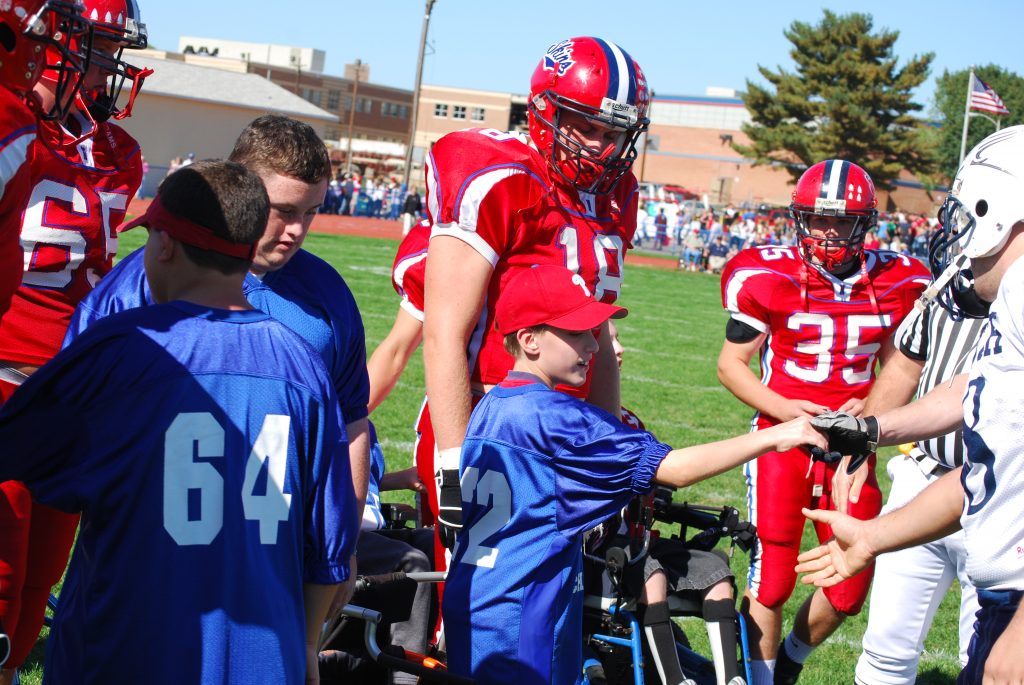 While he likes the rough and tumble, Neshaminy Football Coach Mark Schmidt said the relationships formed between mentor and player off the field is greater than any accomplishment on the field.

“Our players really just took to these guys and ever since the season ended they’ve been going to birthday parties of the players. They had Christmas with them,” football coach Mark Schmidt said.

“Seeing them smile, it just like makes your day so much better, just coming out and helping them,” high school football player Dave Daino said.

The challenger team was launched in 2007 as part of a community service project by the Neshaminy football program.