‘Skins get their Mojo back

Langhorne: We welcome Head Coach Ed Gallagher and his Souderton Indians to the Ridge for game 4. The Indians are 2-1 overall and the ‘Skins are 0-3. The humidity is high and we experienced a misty rain most of the day, so field dampness is a concern.

The Indians had 1st possession and fumbled on their third play of the drive. Dayvon Tinsley forced the fumble and Markus Burnett recovered. With great field position at the 40 yard line, the ‘Skins were quick to capitalize and quickly scored with a beautiful 18 yard touchdown pass from Nunzio Zydzik to Tinsley. Brett Connor’s kick is good and the score was ‘Skins 7 – Indians 0. On their 2nd drive the Indians fumbled again, this time recovered by ‘Skins’ Jeremy Sharp. The next play was very exciting when, stopped at the 35 yard line, the ‘Skins faked the punt and Tinsley ran 47 yards in for the touchdown, breaking tackles all the way. Conrad was good for the extra point and the score was ‘Skins 14 – Indians 0.

The 2nd quarter started with a Nick Buchys fumble recovery but the ‘Skins ended up turning the ball over on downs. Both teams were unable to reach the end zone and the score remained at ‘Skins 14 – Indians 0 at the end of the 1st half.

With the break over, the Indians punted and the ‘Skins found themselves in a 4th and 10 situation at their own 26 yard line. Forced to punt, Coach Wilmot called another trick play and Tinsley ran for the first down. Again the ‘Skins were forced to punt, and this time Connor threw the ball downfield where a pass interference call against Souderton gave the ‘Skins the ball on the Indians’ 44 yard line. Nunzio and company continued to move the ball down to the 6 yard line only to stall there. Connor kicked a 23 yard field goal and the score was ‘Skins 17 – Indians 0.

The Indians almost scored on their punt return if not for a great Connor tackle. The very next play Jack Dunkley rushed the QB and forced a fumble which was recovered by Buchys. The ‘Skins then fumbled on the Indians’ 1 yard line but the defensive was impressive as the Indians were only to gain a yard or two before they were forced to punt from their own 3 yard line as the quarter ended.

The 4th quarter saw a repeat of the last two possessions when they fumbled again on the 1 yard line but again, the defensive stepped up and shut the Indians down in a three and out. Souderton fumbled once more and Sharp recovered the ball, his second of the night. With 3:56 left in game, the Indians’ defense scored when they stripped the ball from the ‘Skins running back midfield and ran it back 50 yards for a touchdown, The PAT attempt was no good and the score was ‘Skins 17 – Indians 6 as the ‘Skins ran out the clock.

It was an exciting game. The all-day mist did a number on the footballs with a lot of towels out and ball exchanges going on all game. The ball boys were busy all game.

I need to give a shout out to the defense who did not allow on offensive score. Special teams were a force of nature tonight and props go to Coach Wilmot for his bold play calling and to Tinsley and Conner for their execution of three faked punts. The offensive has improved steadily since game 1 and they played very well in the 1st quarter. It was exciting to watch this game.

Best of luck to Coach Gallagher and his Indians as they continue the 2021 season.

Next week’s game is Saturday at 1PM and it is Homecoming, so come out and join us for all the fun as we take on Central Bucks South. 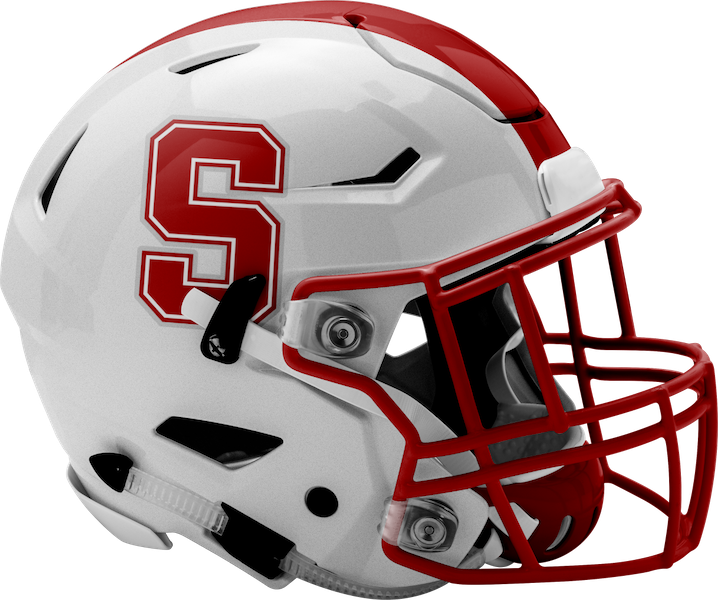