Knights slip by on ‘Skins’ penalties

Lansdale: The ‘Skins are on the road for their 4th consecutive away game to play Dick Beck’s North Penn Knights. The Knights are at 1-2 and the “Skins are at 2-1 with both teams looking for that W.

The first quarter was all ‘Skins. They put together a methodical, textbook drive that ate up most of the quarter and the ‘Skins scored put 7 on the board with a Markus Burnett run and a Kaden Nicastro PAT. Knights did not get the ball until a minute was left on the clock and only had time for three snaps before they switched sides.

The ‘Skins, hampered by penalties, remained scoreless in the 2nd quarter and were forced to punt on both of their possessions. With the 1st half almost over, the Knights put up their first 6 points with a Michai Cuffei run but Jack Dunkley denied their PAT. Two minutes later they scored again and their 2 point conversion was good.

The only score in the 3rd quarter belonged to North Penn on a 21 yard TD catch and an extra PAT point. The quarter ended with the ‘Skins in possession after Joey Zack recovered a fumble on the Knights 11 yard line.

The 4th quarter was a tense, action packed 12 minutes. What a nail biter! The “Skins went right to work and put up 7 points on a Colin Baker QB sneak, and Nicastro’s kick was good. With the Knights in control of the ball, Zack made a key sack that stopped their drive. The ‘Skins then scored again on a Burnett run, Nicastro PAT. But twenty seconds later Knights’ QB Ryan Zeltte  threw a catch and run to Rashad McNeil and their PAT was good. So the score is ‘Skins 21 – Knights 28.

To the credit of the Neshaminy team they did not stop fighting, and with 2 minutes left in the game Zack caught a 14 yard TD pass and Nicastro was 4-4 on PATs. Score was tied 28-28. On to overtime.

The OT rule is that both teams start on the 10 yard line and get 4 downs. The Knights scored on the second snap and got their PAT. The ‘Skins were not able to score and the game went to the Knights with a final of ‘Skins 28 – Knights 35

We will update this article once Max Preps populates the game and player stats.

Next week we are finally! home. It is going to be good to be back at The Ridge to play Abington. The Hall of Fame will present their 2022 Inductees, the 25th group to be inducted. You do not want to miss the action so come on out and root for our players! 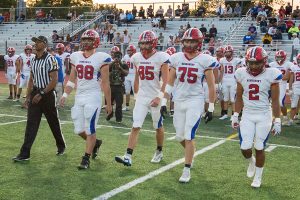 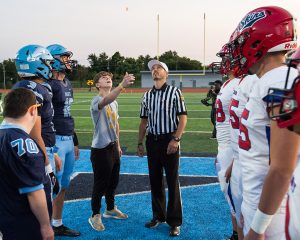 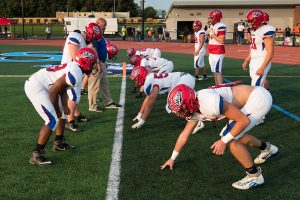 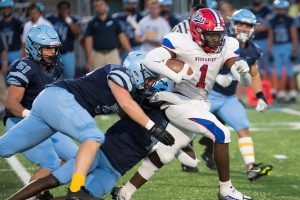 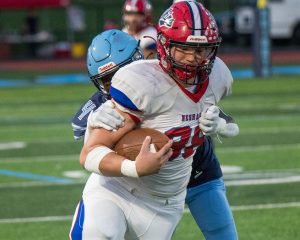 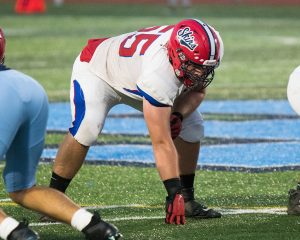 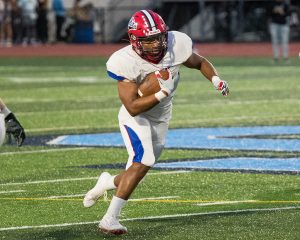 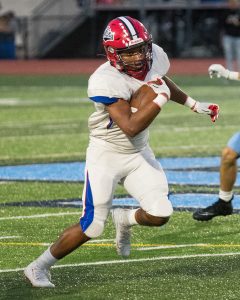 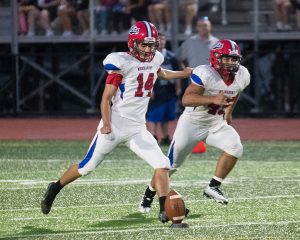 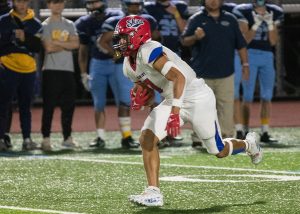 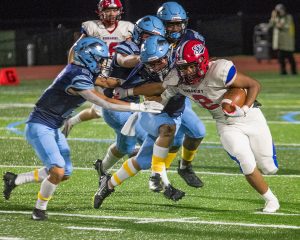 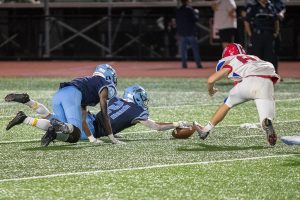 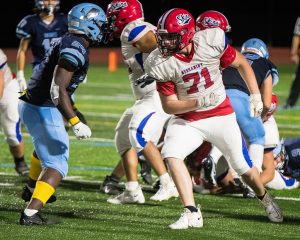 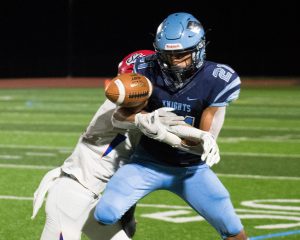 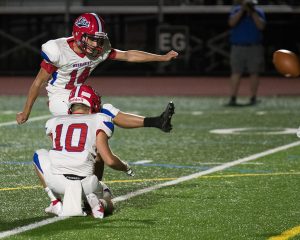 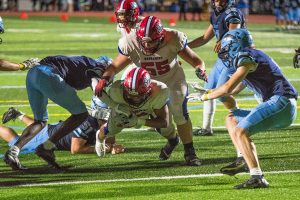 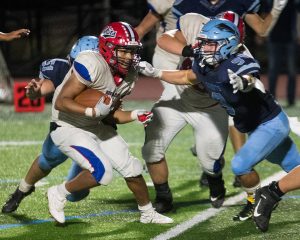 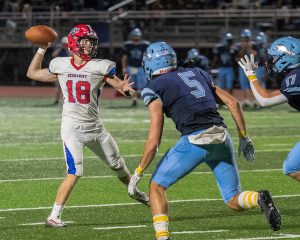 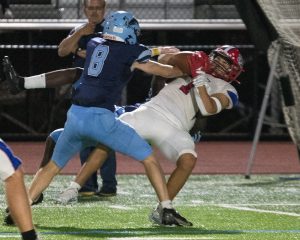 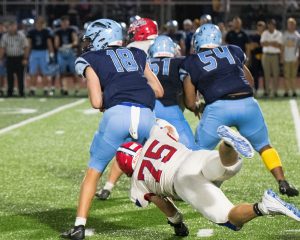 For more his work go to Nathaniel Hall Sports Portfolio

Markus Barnett, Neshaminy – The senior running back was a workhorse in Neshaminy’s 35-28 overtime loss to North Penn, finishing with 183 yards and two touchdowns on 38 carries. 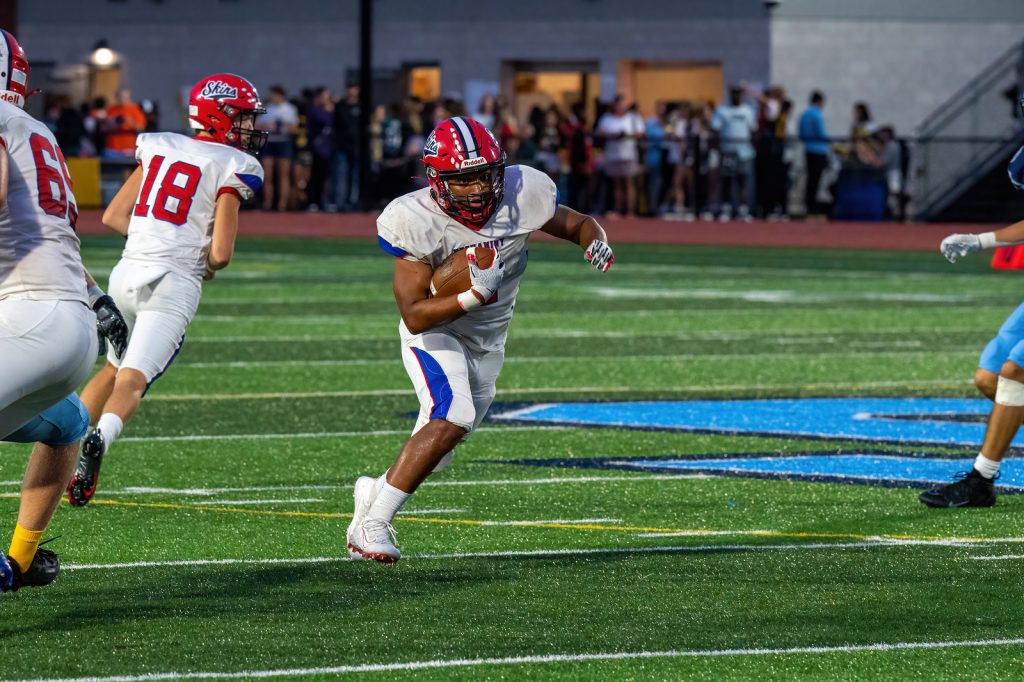 Courier Times: Friday Night Highlights! Check out all the action from Week 4, plus Saturday games 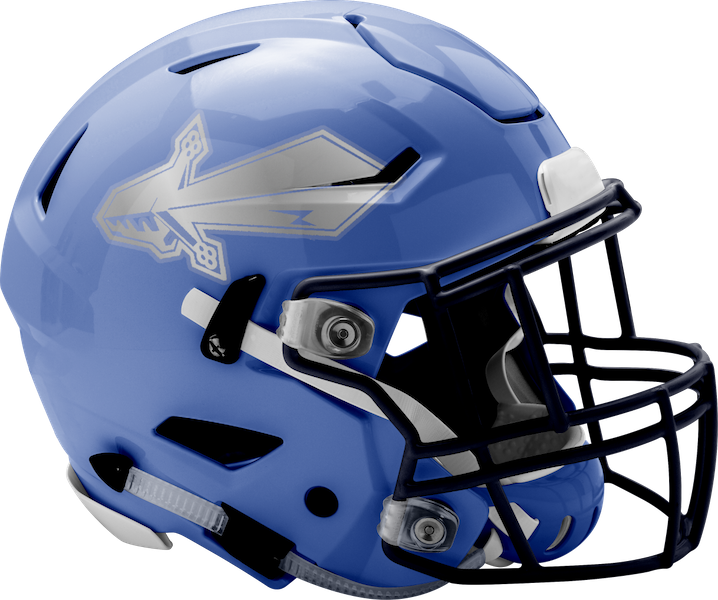