LANGHORNE: Confirming that a suspected “deal” had been in the works, Neshaminy’s Principal, Dr. Rob McGee, has announced that Mike Frederick, a 1990 graduate, has been named as its head football coach following the recent retirement of Mark Schmidt. With rumors and scuttlebutt flying about as to who would take over the top spot, it seems the arrangement had been worked out over the last few weeks while only the School Board’s approval had remained to ink the contract. And with the “stamp” on the paper, the news quickly hit the wires as the real work of the Redskins’ newly minted head honcho now can get underway. 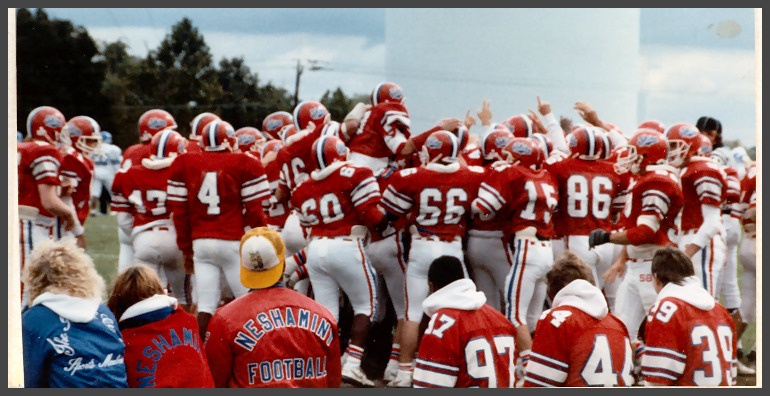 With his background as a football and Neshaminy man beyond question, Coach Frederick played at “Heartbreak Ridge” under Coach John Chaump from 1987 through 1989. He was a two-way performer at both defensive end/linebacker and also as a tight end. A tough competitor, he was named as both the Courier Times’ and the SOL Coaches’ “Player of The Year” following his senior year of 1989. He was credited with 50 first hits and 67 assists that season on defense while he led the ‘Skins as a receiver, hauling in 19 aerials for 264 yards. Named to every local and regional all-star team, he was also a 2nd team all-state selection as a linebacker. Voted Mr. Redskin by his teammates in ’89, he also played in the 1990 Big 33 as he helped Pennsylvania top Maryland, 42-28.

As a senior in Langhorne, his ’89 Redskins finished 7-4 while during his junior season the ’88 squad posted an 11-0-0 regular season record. The team was selected to play in the first PIAA state playoff (an honor despite the Blue & Red’s loss to Cedar Cliff in the Eastern Championship). 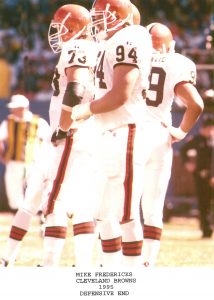 Following graduation from Neshaminy, Frederick then played at the University of Virginia from 1991 to 1994 under George Welsh. He continued to excel as a defensive end and is generally regarded as one of the Cav’s top ten defensive players of all time. He captained the 1994 team and was twice named as the team’s defensive MVP. In 1994 he won the Bill Dudley Award as the top college player in the state of Virginia while he was also the defensive MVP in the 1994 Independence Bowl and was named as a Senior Bowl selection.

After college he was drafted in the third round by Cleveland where he played his rookie season as a back-up defensive end and on the bomb squads. The Browns then moved to Baltimore where he played for three years before heading to the Titans for his final season of 1999. A fortuitous move, he was on the squad for the January 2000 Super Bowl game against St. Louis. He played in a total of 70 games while in the NFL. 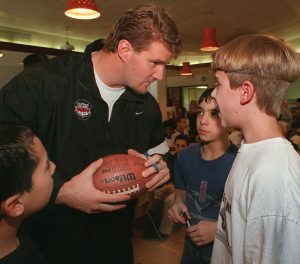 Hailing from Penndel, Frederick currently lives in Chester County with his wife and four children. Earning his MBA from UNC-Chapel Hill after UVA and football, he is a partner in a financial industry firm. With strong family roots in Lower Bucks County, his Dad, Tom, played for the legendary Dick Bedesem at Bishop Egan from 1959 to 1961 and then at Penn State from 1963 to 1965. A superior athlete, he was drafted as a free agent by the Detroit Lions following graduation. He later served as the head coach at Bensalem High for six seasons in the late ’60s and early ’70s. Both father and son are in the Bucks County Sports Hall of Fame (a chapter of the PA Sports Hall of Fame). An Uncle, Dave, also starred in multiple sports at Bishop Egan and is in the same Hall of Fame with brother and nephew.

With the Neshaminy job now his, it is expected that Coach Frederick’s first order of business will be assembling a top-flight staff to assist him as he takes the reigns at 2001 Old Lincoln Highway. Plus as the 2014 season is just around the corner, we’re also sure Redskin players will soon become very well acquainted with their new leader. We wish him much success too as he takes the wheel of one of Pennsylvania’s most respected and storied scholastic grid programs.