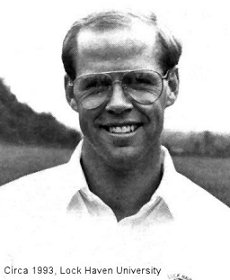 LANGHORNE: It was June of 1995. The old master, Dick Bedesem, had recently retired as head coach of Neshaminy’s football team following some tough seasons. And if the truth be told, the once invincible Red & Blue was looking a little tired on the heels of a choppy couple of decades. Plus with Bedesem’s departure the storm clouds suddenly seemed darker as it was obvious the ‘Skins needed a strong hand to right the listing ship – and in a hurry. Still, as dire as it may have appeared, the gloom wouldn’t last long at all. For seemingly out of nowhere a young man of 34, relatively unknown in local football circles, arrived at Heartbreak Ridge. Introduced to the Redskin faithful just in time for the upcoming season it wasn’t immediately clear whether the new coach had the right stuff; however, in short order the new head man would show he had plenty. In fact, Mark Schmidt would show that he had the stuff of legends.

A Delaware Valley boy, Schmidt attended Lower Moreland high. Graduating in 1978, and after starring for the Lions as a defenseman on the grid, Schmidt then attended Ursinus College where he continued to excel at his linebacker position. After pocketing his sheepskin, and with the game of football his passion, he began his professional career as a coach at Norristown High. Over the subsequent 13 years he rode the circuit, at both the high school and college level, serving as an assistant coach from Kentucky to Temple and a few more schools in between. But it was only with his arrival in Langhorne that Schmidt first had the opportunity to wear the title of “Head Coach”. And what a wonderful fit it would prove to be.

Not all peaches and cream right out of the gate, though, the first year for the young Schmidt was a bit rocky as his charges won just one game in the tough SOL National league. But in 1996 and ’97 the obviously resurgent ‘Skins posted a 14 and 6 overall under their new coach. Then clearly gaining its footing, three more seasons saw the program continue to improve with the 2000 squad coming in at 8-2. What followed next put any question about the abilities of Coach Schmidt and his boys to rest when his 2001 team finished 15-0 as Neshaminy earned the gold in Hershey. Ranked number one in Pennsylvania at season’s end, and seventh in the country in USA Today’s final poll, just like that Schmidt had taken the Redskins back to the top. 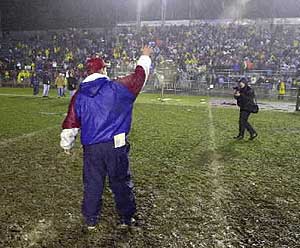 Not sitting back on their early success, the 12 years that followed that state championship season have been no less exciting or successful as the Schmidt coached ‘Skins have consistently exemplified Pennsylvania scholastic grid excellence. With records falling by the board and achievements piling up like cordwood, some highlights of the Schmidt era include the following:

With many more achievements and records earned over the years (including most seasons and games coached at Neshaminy and most wins too) along with enough accolades and awards to fill a warehouse, suffice it say that Schmidt’s time at Heartbreak Ridge set a standard that in many ways will be the benchmark at Neshaminy. And considering the names of some of the greats who preceded him – Mike DeRisi, Harry Franks, John Petercuskie, Jack Swartz, Pete Cordelli, Pal Allison, John Chaump and Dick Bedesem – to have raised the bar as he did was no small feat.

Schmidt also was tireless in promoting the Neshaminy school district, the team and his players during his time at the Ridge. A statesman for Langhorne, when Schmidt was out in public there was no question he was representing Neshaminy and representing it well. And when it came to “next level” players, Schmidt was instrumental in getting many, many of his Redskins into colleges and universities where they made Neshaminy proud. Plus besides pushing his players to deliver their best on the field, the same could be said as to what he expected of them both in the classroom and in the conduct of their young lives.

Now with his departure from Langhorne how much he gave will soon become more evident through the crystal-clear view of time. So rather than try and capture it all in this short tribute, we’ll end with this:

Coach Schmidt we thank you for the time you gave the Redskins; the 19 years that you stood on the sidelines and guided the fortunes of Langhorne’s football club will never be forgotten. Plus if ever there was a “Neshaminy guy” you are it. Your legacy of achievement is established and it is permanent. Rest assured too that the club of “greats” who have guided the ‘Skins over the years now has a new member – Coach Mark Schmidt. And although many more words could be written in tribute, maybe the short version is just that we’ll miss you Coach, we’ll surely miss you. 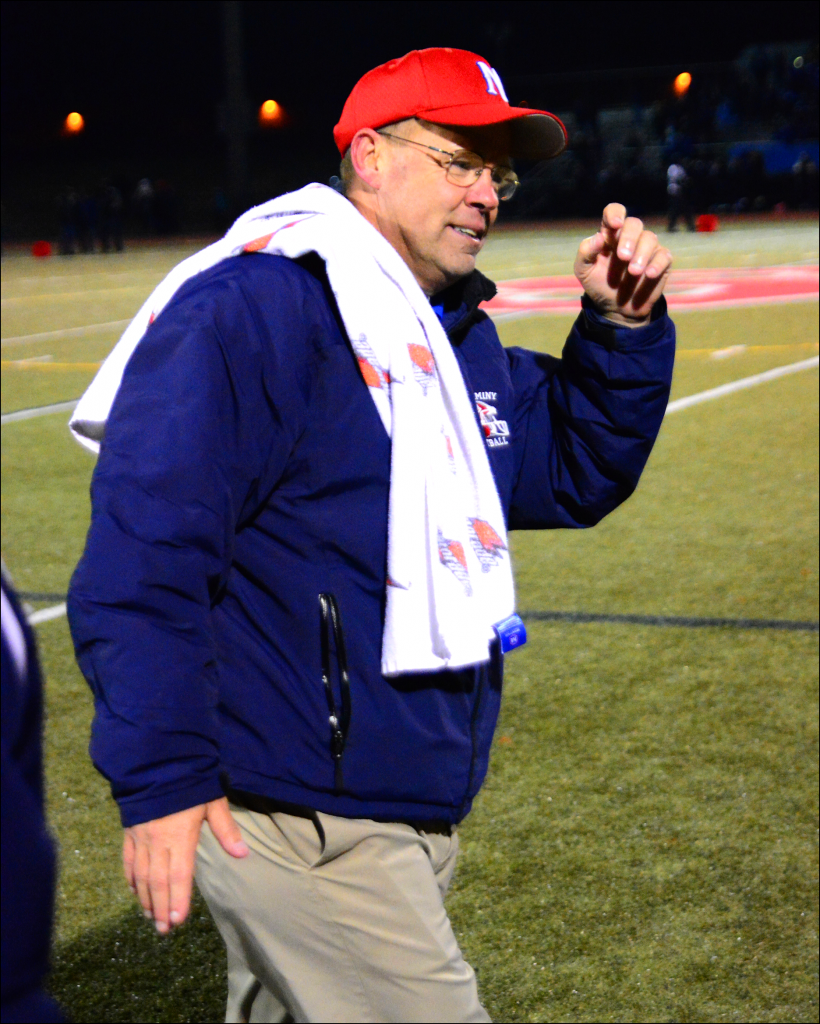 Below is a list of some of Coach Schmidt’s highlights during his 19 years as head coach at Neshaminy.