LANGHORNE: Is it me or did this past “off-season” seem longer than usual? Personally, the last eight months have seemed more like eight years. Anyway, whether it is just me or not, I couldn’t be more jazzed that the 2009 football season is finally here (and something tells me the rest of you are too). 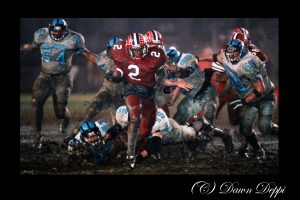 But moving right along, and speaking of the 2009 season, you readers might have noticed my pithy New season … same reason! title up above. And maybe you’re wondering what the “Hey Jimmy” that’s all about anyway. Simple, I’m talking about the rebirth; the anticipation; the brand spanking new, out-of-the-box “green shoots” giddiness that all of us gridiron fans experience at this time of year. In fact, I’ll bet that no matter what team or player it is you’ll be cheering on over the next four months, each one of you is looking forward to “your guys” winning their league, making the playoffs and then marching straight on through to Hershey for a chance at bringing the gold football back home. See what I’m saying – it’s the opportunity to go out there and grab the brass ring. That’s what makes this time of year so special; that clean slate feeling that just about anything can be accomplished over the next 16 weeks of games (the “new season”) which is, simply put, winning it all (the “same reason”)!

But in the meantime, and regardless of your team or league affiliation, since I’m a big fan of the Suburban One League (for obvious reasons), and since I’ve been taking quite a bit of ribbing the last couple of months over the fact I detailed the history of the old “Lower Bucks County League” last year without including the story of the SOL, I’m going to take care of that little issue right here and now. So for those of you who were kind enough to send all those emails my way, below is the answer you’ve been waiting for (that is, the answer to: “Where’d the SOL come from anyway?”). So read away and I’ll catch up with everyone on the other side of “Let there be a league!”

In the beginning, it was said: “Let there be a league!” 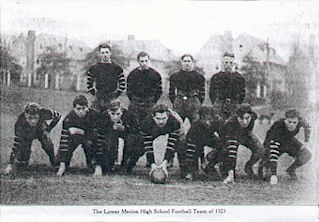 First of all, and contrary to what may look to be a “modern concoction”, the Suburban One League can actually trace its roots back to the 1920s with its reach at that time as far south and west as Delaware and Chester Counties (and all the way north to Montgomery County). Still, it wasn’t about football initially as what was then called the “Suburban League” appeared on the scene for the winter of 1922 and 1923 as a basketball conference. A football division followed immediately, though, and the first championship game in 1923 featured Norristown beating Ridley Park, 23-6. Looking like a good thing, the league consisted of 16 teams that first year of 1923 including Abington, Cheltenham, Chester, Conestoga, Conshohocken, Darby, Glen-Nor, Haverford, Lansdowne, Lower Merion, Media, Norristown, Radnor, Ridley Park, Swarthmore and Upper Darby (plus that’s more or less the way it played out right on through to the end of the “anything goes Roaring Twenties” decade). And they also continued on with post-season championship contests through to 1930 as well; however, from 1931 through to 1955, it was decided a “point” rating system was a better way to decide the champion at the end of the regular season due to some expansions and changes that included schools of different sizes being added.

Additionally, with the Philadelphia “burbs” being a hot-bed of football activity during that time (as it still is today, no doubt), there were actually over 36 different teams which were members of the league for at least one year during its first 34 seasons (through to 1955). And that included not only the clubs that made up the league during its first decade of the ’20s but also schools ranging from Sharon Hill to Pottstown, Phoenixville to Downingtown, Ridley Township to Chichester, and Ambler to Eddystone during the years that followed (to name just a few). 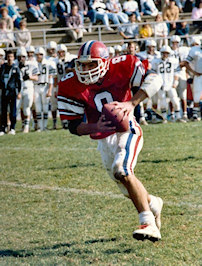 Continuing to rumble along for almost 90 years now, there have been so many changes to the “league” it would take a book to list them all. But cutting to the chase, the more northern schools began first calling themselves the Suburban One League in 1956 (with 18 different teams being members at one time or another through to 1976 with that last “Bicentennial” year consisting of Abington, Cheltenham, Methacton, Norristown, Plymouth-Whitemarsh, Springfield, Upper Dublin, Upper Merion, Upper Moreland and William Tennent). Meanwhile, the more southern oriented teams, for a time, called their conferences the Suburban Two, Suburban Three and Suburban Four Leagues before they were eventually replaced by new leagues like the Ches-Mont in the ’50s and the Central in the ’60s. But retirement wasn’t in the cards for the SOL, as in 1977 it split into two divisions (the National and the American with five schools in each) and it hasn’t looked back since as over the last 33 years it has blossomed into the three conference, 24-team juggernaut that it is today. And I might also add here that the Tribe became a proud member in 1982 and has also never looked back.

In closing, and not unlike an inchworm working its way from the southwest side of Philly to the northeast, the Suburban One League is now firmly ensconced in just two counties – Bucks and Montgomery – while it’s also recognized as one of the most dominant 4A leagues in the state. In fact, of the 21 years of PIAA playoffs (from 1988 through 2008), six of those seasons have seen an SOL member grab the gold as the state’s top “Big School” team while on two other occasions it was an SOL club that took the silver (meaning just about 40% of the time it’s a Suburban One team that is one of the last two 4A squads still standing in William Penn’s namesake state).

So let’s get down to business! 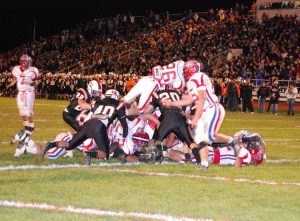 So now that we all have a little better idea of what the SOL is all about, I’d suggest we can turn our eyes from its impressive and long-running history and focus in on what’s just around the corner in our “little corner of the world” – and, of course, I’m talking about the 2009 season. In brief, it should be a doozy with the National Conference having all the makings of a slug-fest as Abington, the Council Rock schools, Pennsbury and, of course, our boys here in Langhorne, are set to battle it out with the likes of Bensalem and Harry S. Truman. And the Continental, featuring last year’s D1 champ, North Penn, has a solid list of component parts in Souderton, Hatboro-Horsham, Quakertown, Pennridge and the rest of that gang of gridders. Last but least, and as a word to the wise, any team foolish enough to overlook the American Conference might just find itself taking a long bus ride home on a cold Fall night. Yes sir, this is going to be a rough and tumble year in the Suburban One League – so hang on to your hats!

A quick look up North, Mid-State and out West too.

Satisfied that the SOL will be packing its usual punch (as I’m sure we all are), what say we take a gander at some of the pre-season favorites around the rest of the Keystone State.

First off, and looking due North, Liberty, Parkland, Freedom, Easton and Hazelton Area are all predicted to be in the mix while in the mid-state region you have to like Bishop McDevitt, State College, Wilson and Harrisburg. Then way out west in the WPIAL world, PCC, Gateway, McKeesport, Penn Hills, Woodland Hills and Pine-Richland are all capable of making some noise and up in the “Erie area”, you better watch out for McDowell. Finally, and a little closer to home, the PPL features George Washington while you can′t mention the PCL without thinking of LaSalle and St. Joe’s.

Finally, and with my little preamble to the 2009 season all buttoned up, what say we all dig our favorite team’s T-shirts out of storage, grab a pair of binoculars, fill the coffee thermos and get out to our favorite field for the kickoff weekend which is just about here. Plus in case you all think I forgot to mention my boys, you can bet your bottom dollar that I’ll be at Harry E. Franks Stadium on Friday, September 4 when the Blue and Red host the Souderton Indians to start off their ’09 campaign. And I’m willing to bet that there will be plenty of Neshaminy′s loyal fans joining me in Langhorne as well, as there’s just no getting around it…

…we love our Redskins!

The Big Picture 16 - That In Between Time