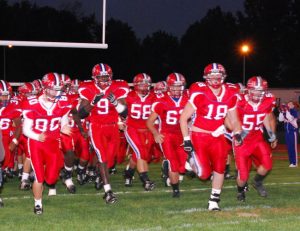 Langhorne: On Saturday afternoon I happened to be sitting around reading the William Tennent game “recap” (and looking back over the season too) and it struck me that this year’s group of players has done a terrific job. At 5-1 they are in the thick of the playoff run while posting a perfect 3-0 record in the SOL National conference. Of course, you might say “so – that’s what we expect from a Mark Schmidt team!” Well, I’d agree with you except to the extent that this year’s club features so many new names and faces that halfway through the year we’re still getting to know them. I mean talk about wholesale replacements; Neshaminy graduated enough starters last year to stock two top 4A programs. And that gets me to the point of this little bit of musing (this article – that’s the musing I’m referencing). You see, the offense has begun to fall into place just as it seems to do year after year (think of the “whine” of a V-12 Ferrari as it tools by you on the 95 doing 95 with the ZF gearbox still in 4th and you get my drift); however, the very pleasant surprise is the defense.

Further to the above, and in case you missed the little announcement the other day, the “Big Dee” and their fourth shutout in a row on Friday night has tied a team record that was set way back in 1938 – seventy years ago. I’d say that′s pretty special. And what’s more special is they’ve given up just 28 points all year and have not yielded a score in any second half of any of the Tribe’s six games so far this season (and that’s less than 5 points a game on average). Plus the last time any opposing player crossed the Tribe’s end zone line was in the first half of the Hatboro-Horsham game (that’s 18 quarters of football without allowing the enemy across your goal). That’s a big wow, for sure. And finally, this has been accomplished by a group that includes ten new starters out of the eleven that line up on each play. So as I was trying to figure out what’s going on with this bunch of supermen, it dawned on me that Coaches Neil French, Jay Weidenbaugh, Dave Ferrara and Jon Craig (they’re the men who get the fame – or the blame – for the defensive unit as they are the fellows who mold, shape and direct the defensive group, after all) have fashioned their own little group of “No Names” into a “Big Red Wall”. In other words, their version of The French Foreign Legion (and keep in mind, I had to come up with something catchy for the title otherwise I wouldn’t be doing my job, now would I).

Anyway, taking it one step further I dug up some information on the “Legion” and found that 1) it is an elite military unit; 2) it′s comprised of volunteers; 3) they are charged with protecting the “empire” (replace that word with goal line); 4) they focus on training and skill-set development; and 5) perhaps most importantly, they install an “Espirit de Corps” among its members. Plus part and parcel of the accomplishment of those stated ideologues and goals can be found by considering the Legion′s “Code of Honor” which, in short form, is as follows (and which every member must learn and never forget): (1) Honor and fidelity are paramount; 2) love your brothers-in-arms; 3) respect the Legion′s traditions; 4) express pride in the Legion; 4) always train rigorously; 5) the Legion’s mission is sacred; and 6) always act with passion and always show respect for your opponent. 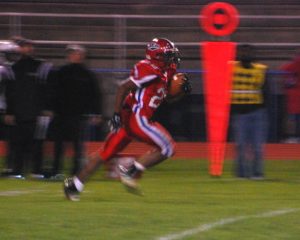 Holy Moley! If that doesn’t make you want to hit the nearest gym at 6:00 AM every morning, start pounding some steel in a big way and run through the closest brick wall – well, nothing will. And you know what? I think Regimental Sergeant Majors French, Weidenbaugh, Ferrara and Craig have done just that with their troops (that is, they’ve instilled that kind of excitement, dedication, commitment and desire while also substituting the word Redskins for “Legion”). Yes sir, I’d say the coaches I’ve identified have followed those directives to the “tee” with their charges and have put together one fine, fine group that is now on the verge of setting an all-time Indian record for defensive play (by the way, the “Top Dawg” in the Legion is a Major – as in Major Schmidt – with a Regimental Sergeant Major being a man who’s in the trenches with the grunts). And just in case you were wondering, brand new members of the corps are called “Legionnaires” while anybody with more than one-year of service is a Corporal. So the ‘Skins defense has got itself one fellow who’s earned his Corporal stripe – as in Corporal Jay Colbert – while there are a bunch of Legionnaires out on the field this season as follows: Chris Boland, Justin Donnarumma, Devon Reedel, Paul Carrezola, Dan Shirey, Nick Schaeffer, Corey Majors, Dan Biundo, Fatorna Greene and Matt Knorr. And those guys are getting plenty of help from backups and “subs” when needed.

Now all kidding aside, and keeping this tongue in cheek article in the proper context, what say we all stand (each and everyone of us wherever we all are) and give these guys – our Legionnaires – a hand. They deserve it. And records notwithstanding, we sure do thank the bunch of them for going out there week after week and protecting our turf. Good luck the rest of the season too.

The Big Picture 08 - Thanks to the Guys on the Field