The Big Picture 08 – Thanks to the Guys on the Field 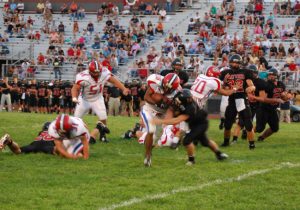 Langhorne: Now that the 2008 season is blasting along at breakneck speed (have 5 games already been played), I thought it might be a nice idea for all of us to take a moment to recognize just how lucky we are to have our boys out on the field each week entertaining all of us fans. Yup – I′m talking about the players; the guys; the Creek Kids; the Langhorne crew. The Tribe!

You see, I got to thinking that sometimes all of us get a little “high and mighty” up in the stands (and the press box too) as we “pass judgment” on our team and its accomplishments. After all, is there anything more fun than trading stories about last week′s game, a play or player or anything at all that might have something to do with our beloved Redskins (you know, maybe it′s a quick text message during the game or a phone conversation or an email or just some idle chat by the water cooler during the week)? What I mean is, sometimes it seems like we think we′ve been appointed as the “Gods of The Gridiron” who get to pontificate on tackles (made and missed), yards gained (or lost) and passes thrown and completed (and sometimes dropped). Maybe it′s a long reception for a score (that′s good) or a fumble recovered by the other team (that′s bad) – whatever it might be that fuels our thoughts and comments from “on high”. But with all that high-falootin′ analyzing, number-crunching and comparing that we do, I think what we ought to be doing is the one thing that′s more important than all the rest of it. 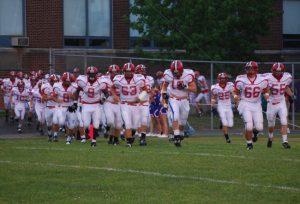 Continuing on my thoughts as expressed above, I expect that this little bit of writing is now explained (come on, you all know where I′m going) – it′s all about those two little words: Thank you! As in “thank you guys – thank you for all you do for us.” And I say this (plus I think I say it for each and everyone of us), because it′s an honest to goodness pleasure, honor and joy to follow their travels and journeys each game day as they rumble out onto the field for a few hours so we can watch them having the time of their lives. And as for us fans – well, you know we′re all having the time of our lives watching them too. So guys, just in case we don′t always say it often enough (and with the conviction and commitment it deserves) here it is: THANK YOU, THANK YOU, THANK YOU!

A couple of other things: First, congratulations to the ′Skins on their strong 4-1 start this year. Considering that almost every starter on last year′s tough and scrappy 11-2 squad graduated, this year′s group has grown up in a hurry. Plus now that we′ve had a chance to get to know them all a little better (and just what they′re capable of), it′s sure made those long months of the off-season much more bearable. And even though 5 of the 10 regular season games are already behind us, I′ve got a feeling there are plenty more contests left (and I mean more than just 5).

Another thing – way to go “Big Dee”! With three straight shutouts, there′s no doubt at all they′ve been playing some good, good football. And that′s no slight to the offense either as the bunch that handles the ball for a living has been coalescing into a “typical” well-oiled, Mark Schmidt scoring machine (and we just luuuuv that). 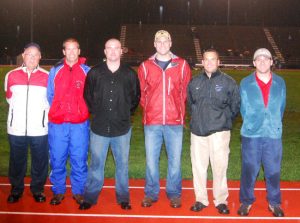 Next, a few weeks back there were some new additions to Neshaminy′s football Hall of Fame. We didn′t post their names right after they were inducted during the Germantown game so here they are: George Burnell (Distinquished Service); Jim McCourt (1984 – kicker); John Hatfield (1996 – QB/WR); Neil Plaskonis (1990 – WR); Mike Bagnarelli (1986 – LB); Doug Roskins (1990 – DB); Howard Johnson (1982 – LB/RB); Todd McDonald (1980); and Keith Moss (1987). Way to go guys! Glad to have you aboard. And since we′re thanking the players this week, thanks to you guys too for what you gave us during your years on Heartbreak Ridge (and congratulations too).

Finally, although we′re deep in the middle of this 2008 season, I can′t help but point out that the gang over at Jimmy Chitwood dot com has just finished putting the final touches (it′s been two years in the making) on the latest version of the “Greatest PA High School Football Team” playoff (it “kickoffs” on Monday, October 6th and will play out over five weeks). And what makes this one extra exciting is that there are two Redskin teams among the 35 “All-Time Pennsylvania” grid clubs selected to participate (teams that are “playing” range from the 1944 Donora Dragons right up to the 2004 Pittsburgh Central Catholic Vikings).

Anyway, and as I said, the ′Skins are suiting up two of their squads with the 1971 team and the 2001 group representing Langhorne on the computer gridiron in this “cyber-space” shootout. In addition, the 1972 and 1974 Pennsbury Falcons as well as the 1966 Bishop Egan Eagles are dragging out their old uniforms too (rounding out the five local teams that made the cuts from the original list). And if that isn′t enough, the 2003 North Penn Knights and several of the great CB West teams are playing too. You′ll also get to see the 1987 North Hills Indians; 1958 Easton Bulldogs; 1965 Uniontown Red Raiders; 1967 John Harris Patriots; and 2002 Parkland Trojans getting into the fray as well (to name just a few of the other “best ever” squads). In fact, just below is the “ranked and rated” lineup of all the teams that are playing: 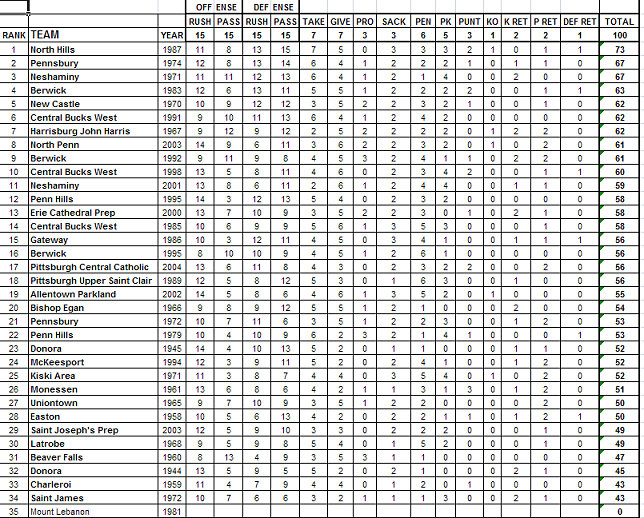 So now we get to double our fun as we watch our guys each week in “the real world” while the Jimmy Chitwood gang is providing a little more grist for the mill on the information superhighway. And thanks to Bob, you can get to their site by hovering on the words “Football Links” above on the menu bar and then by going to “Football Web Links” on the drop down (you′ll find the link on the page that next comes up). By the way, the Jimmy Chitwood group is out of Detroit Michigan and is dedicated to high school sports around the country (the site is www.JimmyChitwood.com – that′s easy enough to remember). They have held simulated tournaments over the last ten years or so featuring the top scholastic football teams in the nation battling each other at the conclusion of each season (while they have previously held “best ever” school boy grid team tournaments for Ohio, Texas, California and Florida as well).

So in closing – I′m having a ball with all this football stuff. Sure hope all of you are too. And once again, thanks guys – you Redskins, that′s who I′m talking to – we appreciate the show!