We look forward to this new decade and the continued legacy of the Neshaminy Redskins.

The 2020 season will go down in the record books. The year started off with a whole locker room full of tough challenges. Hit with the Covid 19 pandemic at the beginning of the year, the entire country was faced with a lot of difficult choices. School Districts were called on to come up with viable options for education and sports programs. Neshaminy High School went 100% online in March of 2020 and managed to have a graduation ceremony for the class of '20 on the football field. Throughout the summer football decisions were made and changed frequently, sometimes daily. Fall sports options were left to each individual school.  Many Districts shut their football season down altogether, only to re-open it in Late October while other Football programs were forced to shut down when one or more players tested positive.

Neshaminy opened up again for the 2020-2021 year with school choice options for parents. The Redskins came up with a 5 game in-league schedule and were able to add an additional game on Friday, November on the 13th. A symbolic end to a symbolic season. No fans were allowed on the visitor side, Neshaminy students were not allowed to attend and there was no snack stand. The only attendees allowed where two people per player, per band member and per cheerleader. Social distancing and masks were mandatory. Players were to mask up on the sidelines. The 'Skins ended with a 5-1 record for the year. A ton of credit go to School officials School Superintendent Rob McGee and AD Tom Magdelinskas, Coach Wilmot and his team of coaches as well as the N Club and all those who helped to get these Seniors a 2020 fall football season.

Captains - Due to Covid-19 no Captains were selected 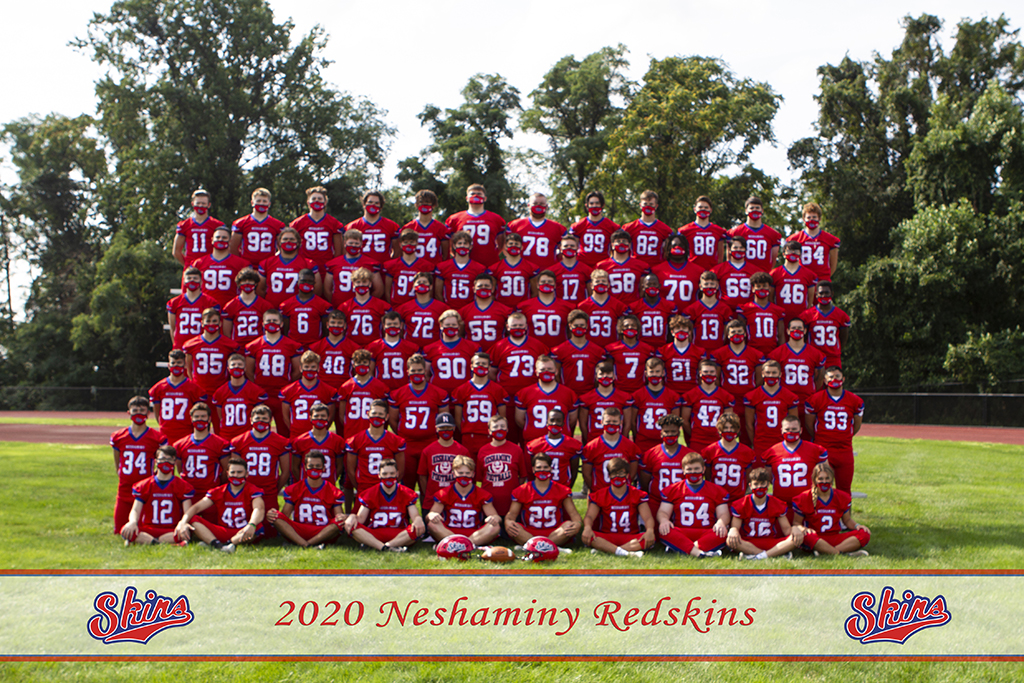 Featured Game of the Year -  Instead of a game we decided to so with a season in review. Please be patient while this is being created.