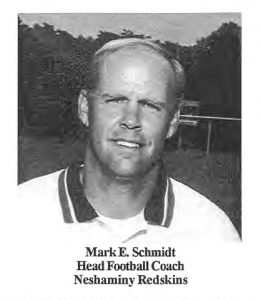 Coach Mark Schmidt is entering his fourth season as Redskin Head Coach. Prior, he served five seasons as Offensive Line Coach and Recruiting Coordinator at Lock Haven University. There. he ;as instrumental in implementing the Run & Shoot offense. which was nationally ranked during his last three seasons. As Recruiting Coordinator. Schmidt was no stranger to the Suburban One Conference, actively recruiting high school players throughout Southeastern Pennsylvania. Southern New Jersey and Delaware.

Prior to Lock Haven. Schmidt coached under Jerry Berndt at Temple University and the University of Pennsylvania. At Penn, the team earned Ivy League Championship honors both seasons he was there. He also was a Tight End Coach under Jerry Claiborne at the University of Kentucky: Schmidt" s first coaching experiences actually came in the Suburban One Conference, when in 1982 and 1983, he coached under the direction of close friend and Norristown Area High School head coach Roger Grove. During those years, Norristown won back-to-back Suburban One Conference Championships.

A Graduate of Lower Moreland High School. Schmidt earned a Bachelor of Science Degree in-Physical Education from Ursinus College, where he was an All-Conference linebacker. Schmidt currently resides in Horsham, PA with his wife Maribeth and their daughter Erica, born February 26, 1997. 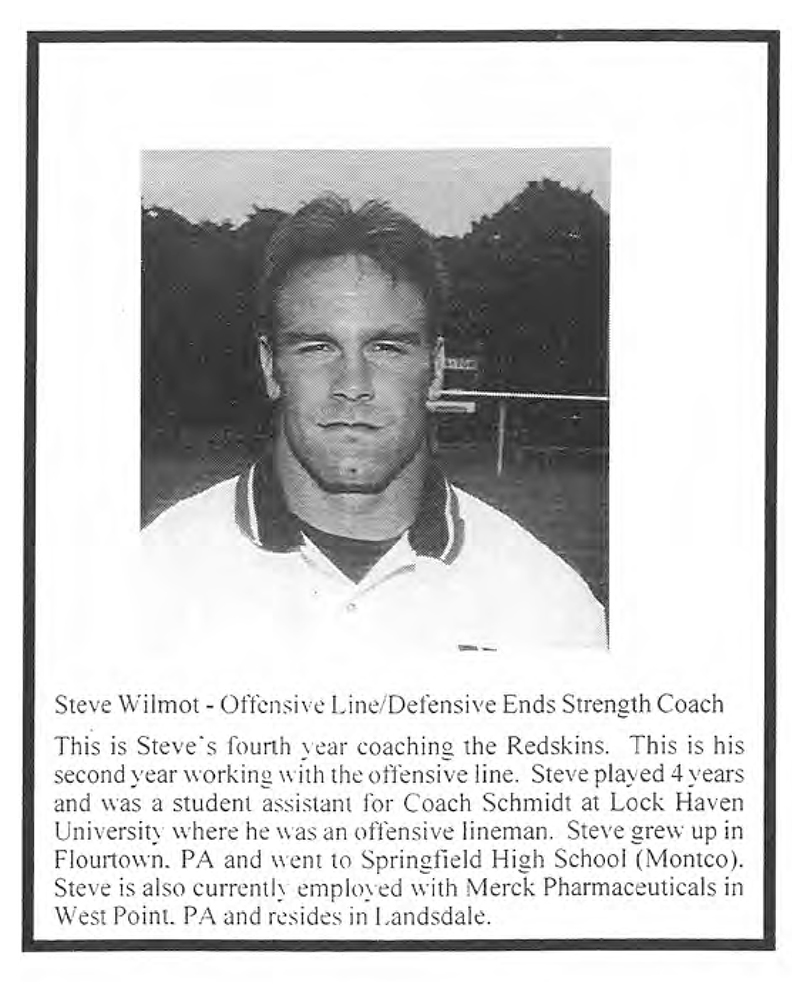 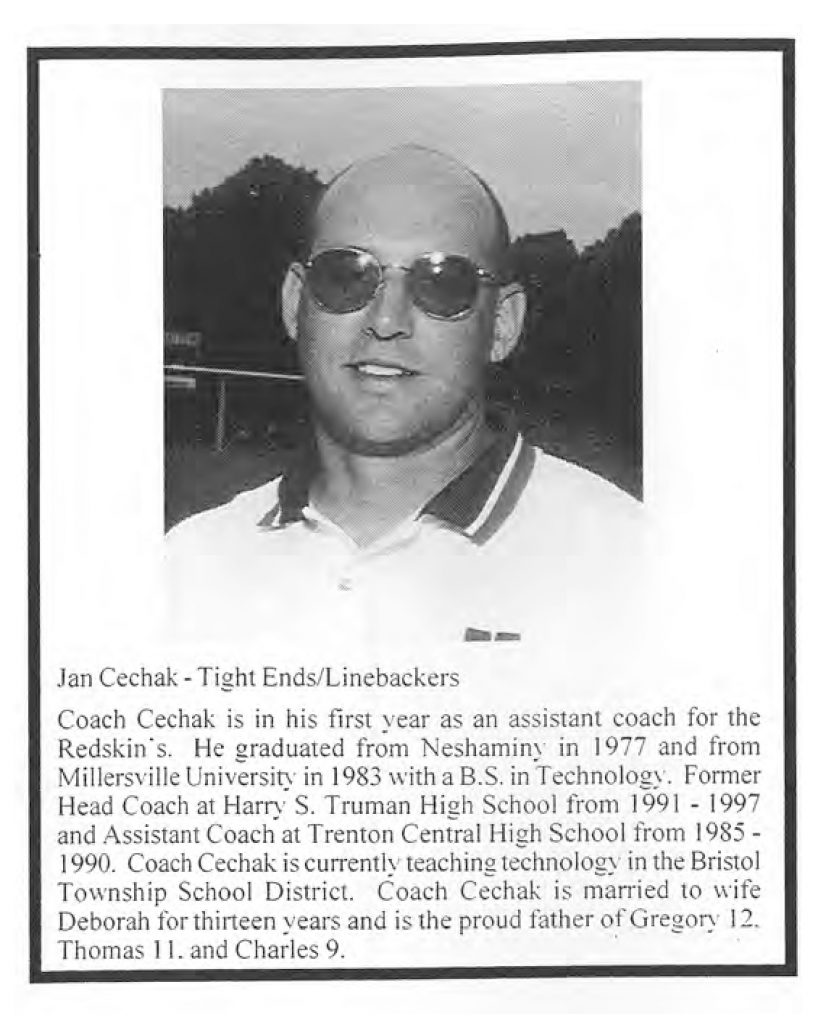 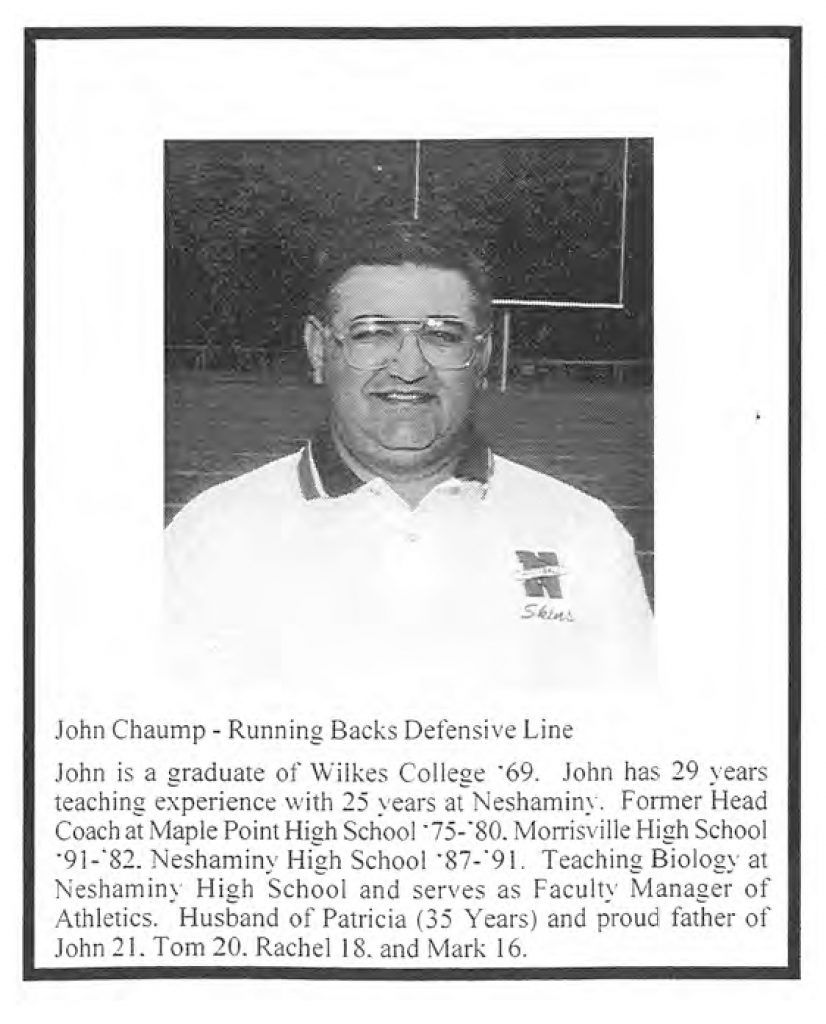 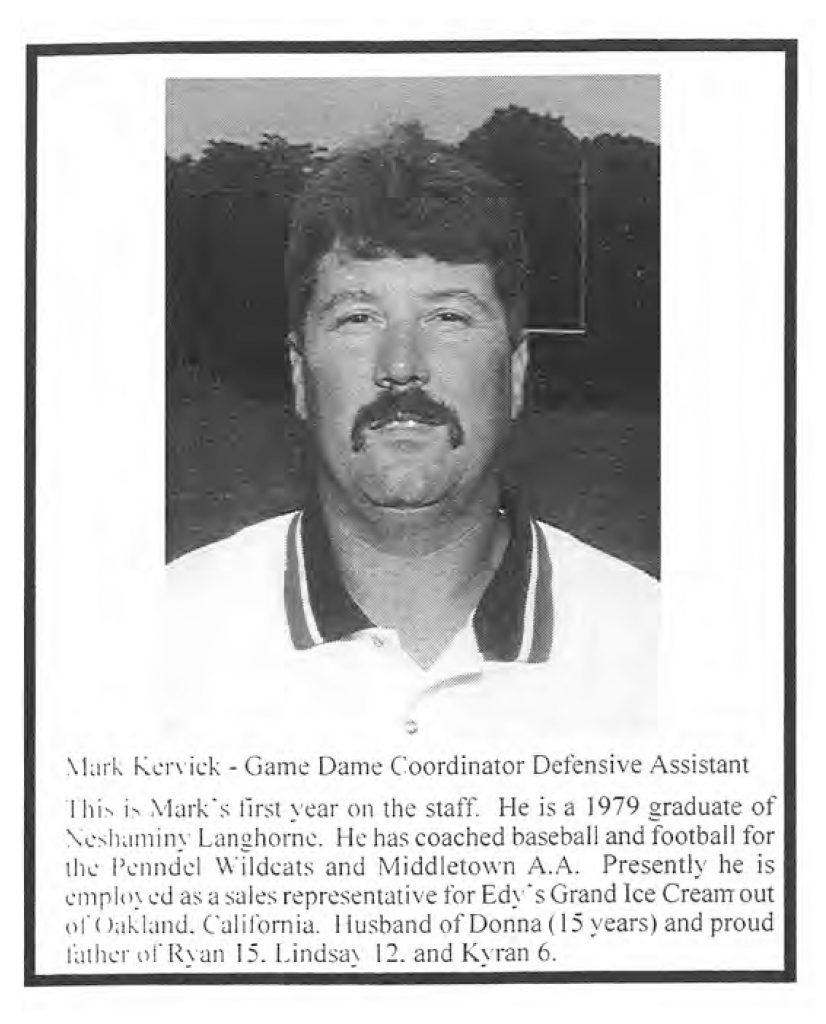 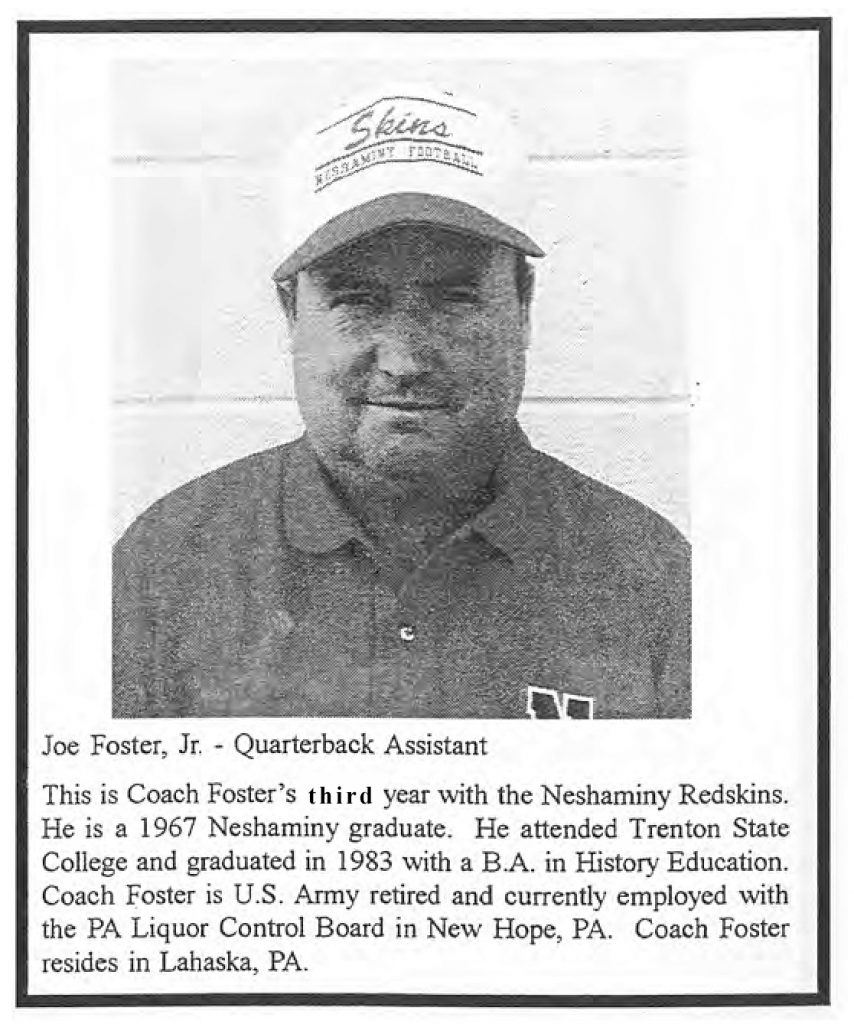 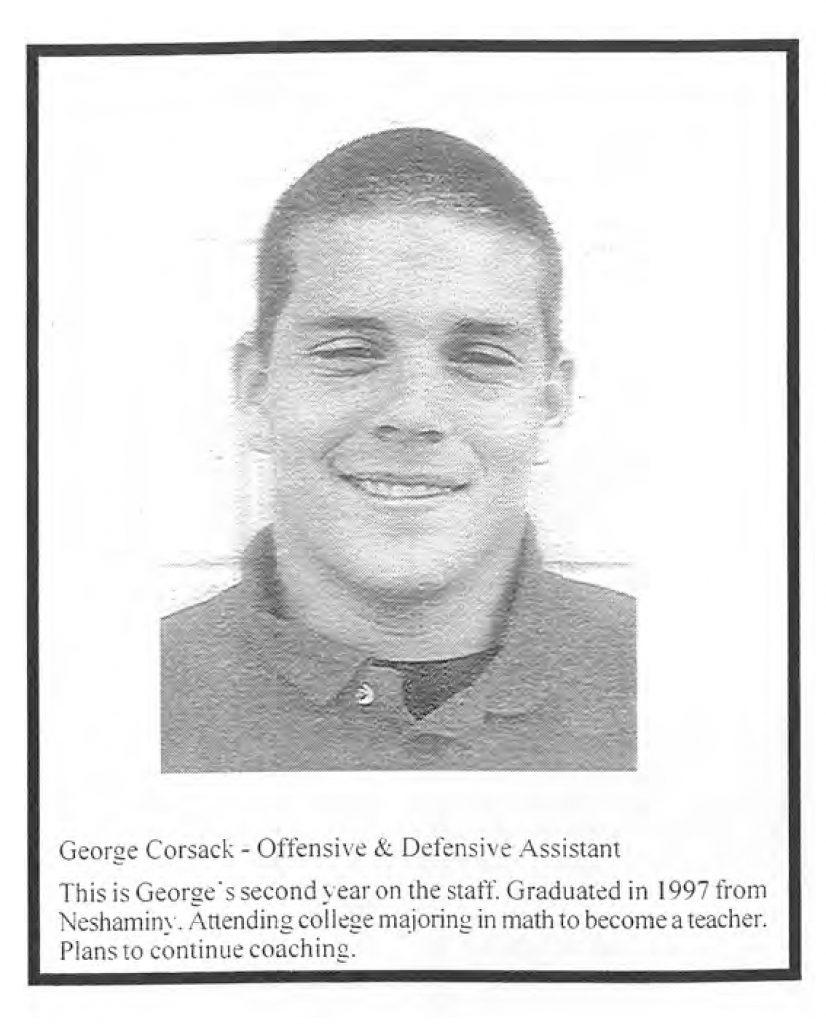 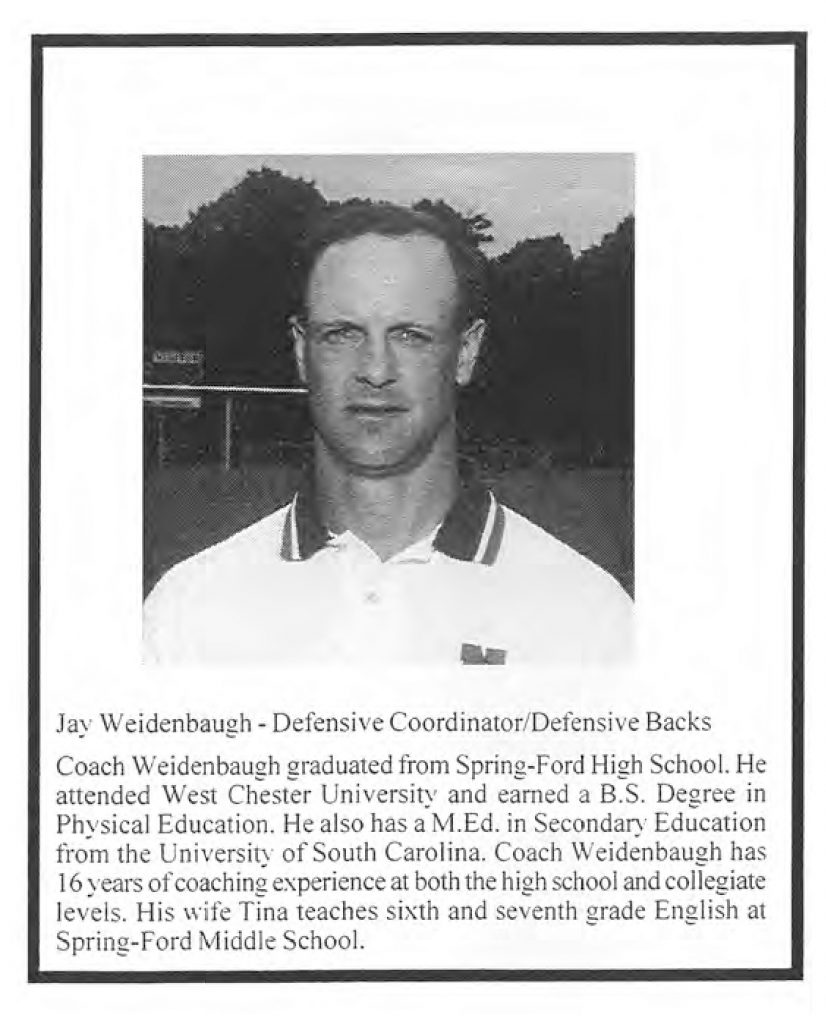 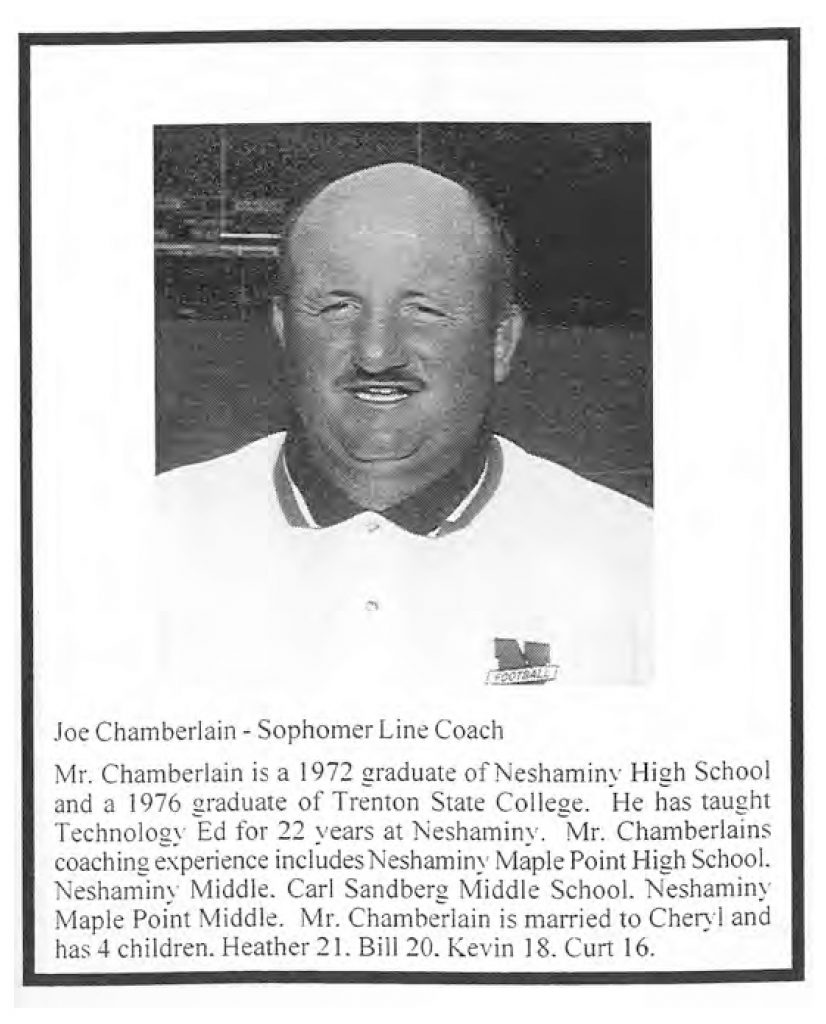 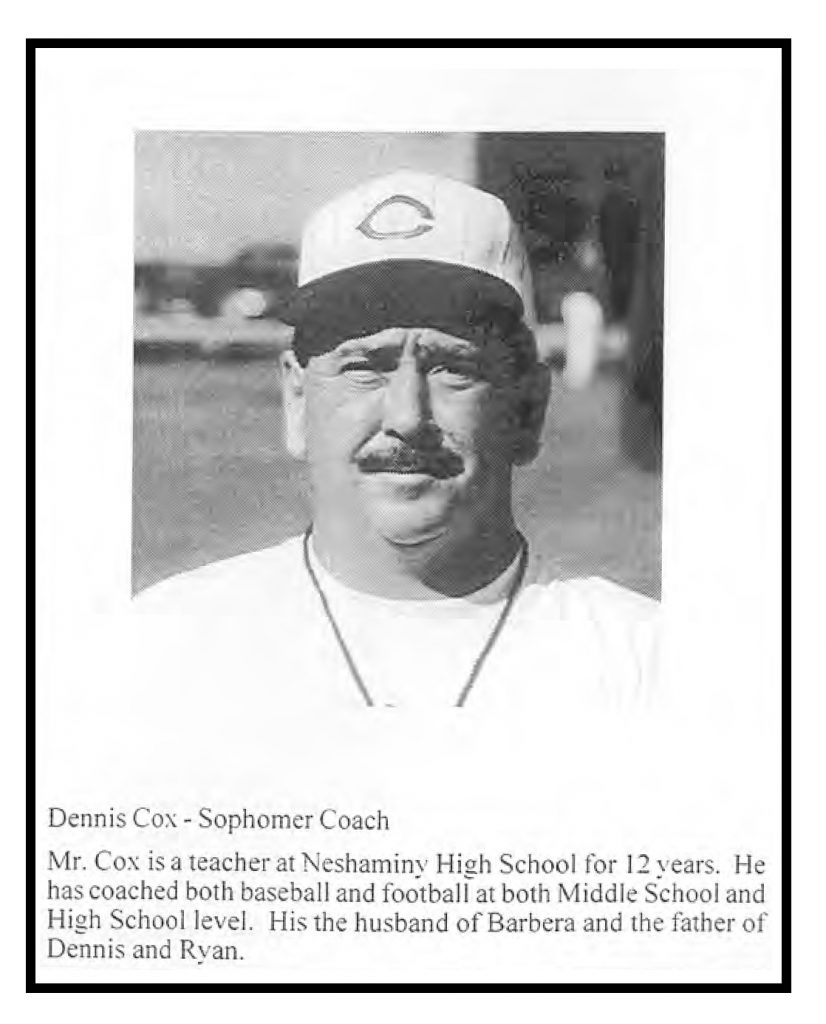 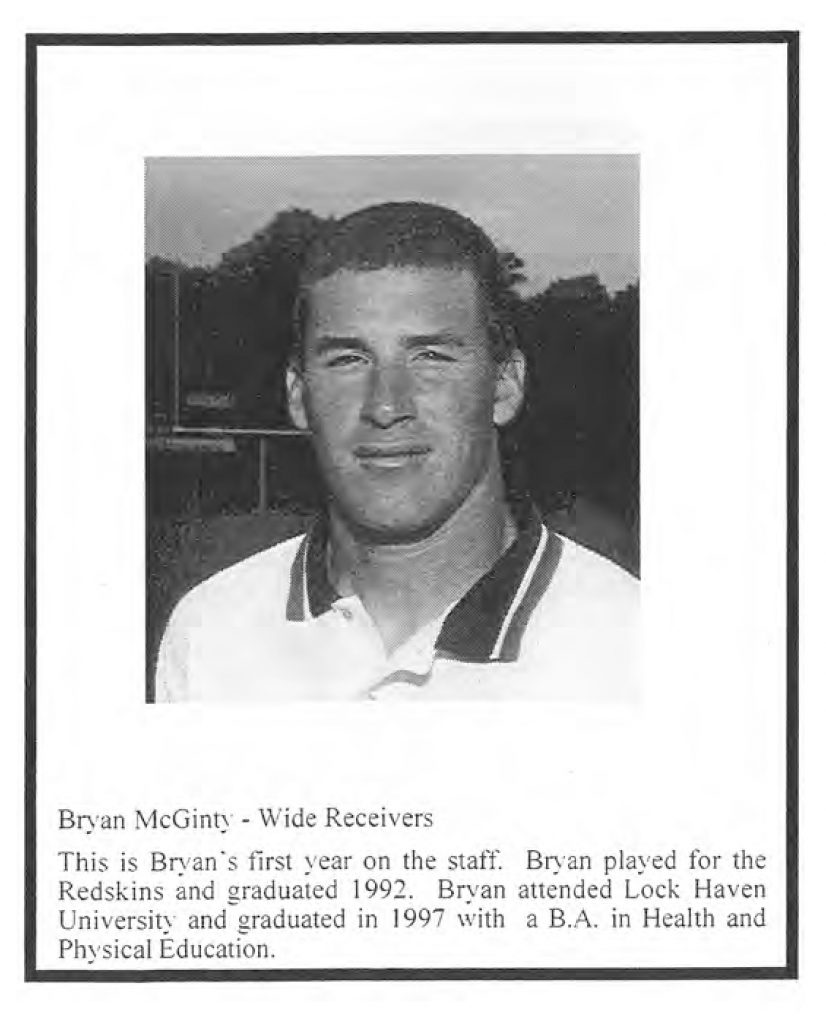 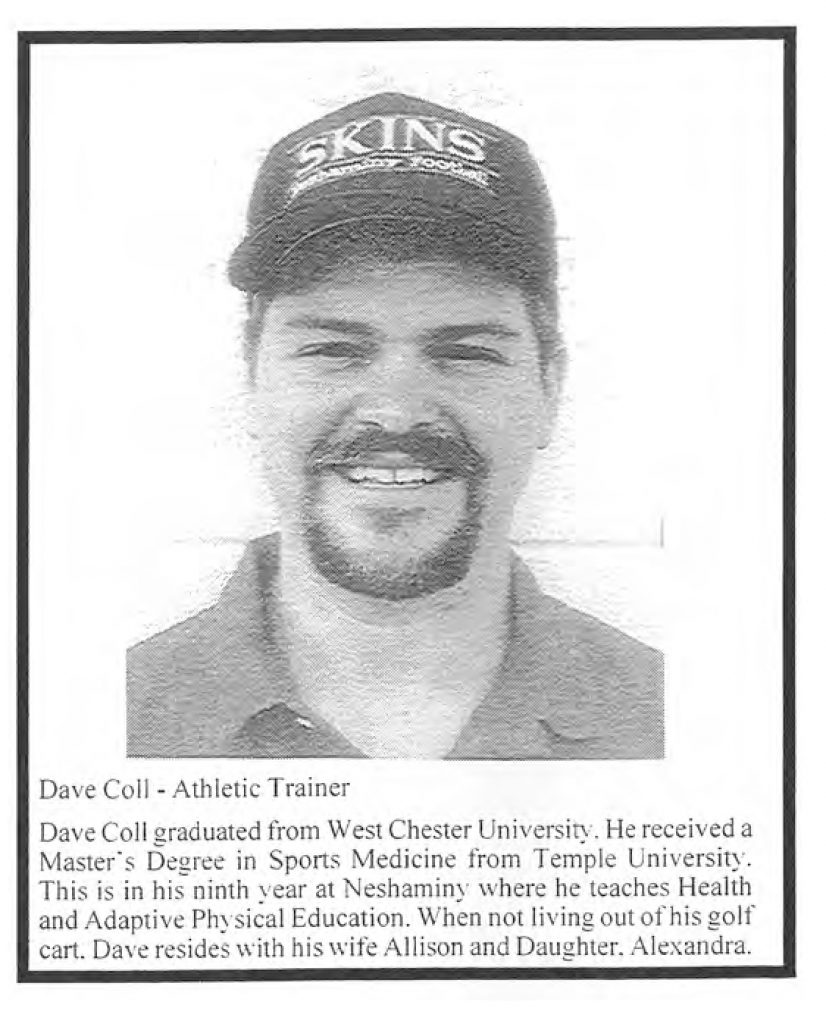