Blue and Red – How Did That Come About? The colors for our cherished Redskins (and all the sports team as well).

Simple: Way back when (in the early part of the twentieth century) the University of Pennsylvania used to hold their summer practices in the Langhorne area (we’d guess that was to escape the heat of the city). Well, rumor has it they may have lined up on the athletic field of the old Langhorne-Middletown High School. So when it came time to generate a little school spirit (you know, get a mascot, and pick some school colors) do you have any idea what came to mind? How about the Penn Quakers and their blue and red color scheme! Well, that’s what we’ve been told. And until we hear otherwise, we’re sticking with that story. 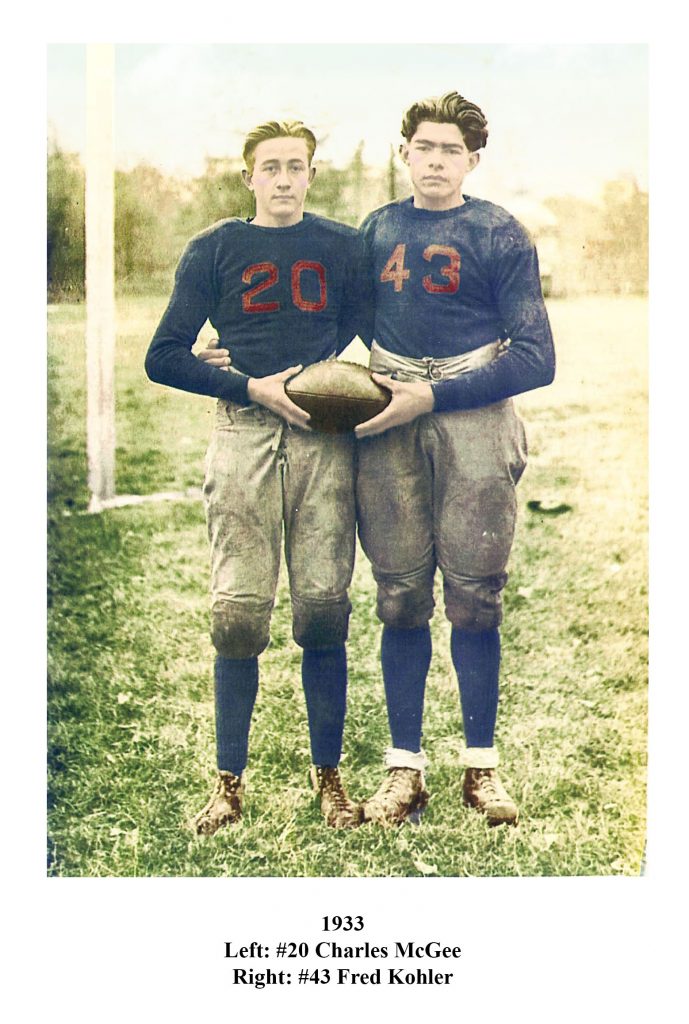 Biggest Margin of Victory: In 1961 the ‘Skins stopped the Bristol Warriors 59-0. Later that season they took Woodrow Wilson to the same wood shed coming out on top of a 57-0 “no-contest”.

Longest Season l: The 2004 and 2013 Redskins both played 15 games, the most of any season. The 2004 team made it to the State Championship game in Hershey which was the 15th and final game of that season (there were ten regular season and five playoff games that year). In 2013 the team played St. Joe’s Prep in its 15th game of the season except that contest was for the Eastern Championship as the PIAA had expanded the playoffs to six total games in 2006.

Longest Season II: The 2001 Redskins finished an unblemished 15-0 (including a win over Woodland Hills for the State Championship) yet they only played 14 games. The 2nd scheduled game that year was entered in the ledger as a forfeit victory against Bensalem (which was unavailable for administrative reasons).

Shortest Season: Not including 1928 (see Humble Beginnings for more on that) in 1943 the ‘Skins lined up only four times while bringing home a dismal 0-3-1 report card. And to add insult to injury, they only scored 13 points. Talk about a war shortage!

Highest Winning Percentage I: From 1960 through 1965 (the 6 years John Petercuskie was the calling the shots) the Redskins’ record was a phenomenal 59-1-5. Remove the ties from the computation and their winning percentage was an unearthly 98.33%! Even with the ties included, it still registers a ground shaking 91% (keep in mind that’s a six year period we’re talking about). It was during those years Petercuskie’s teams engineered a 51 game run which was untainted by a loss (see “Longest Unbeaten Streak” for more).

Highest Winning Percentage II: The 1958 through 1965 seasons saw Neshaminy prevail 77 times while coming up short on only 3 occasions (there were 5 ties as well). Dropping out the ties results in a winning record of 96.25% while including those ties still results in a winning percentage of 90.5% – over a span of 8 years.

Best Defensive Year: Get on board the “Time Machine” and let’s go back way back (seventy-five years ago to be exact). It was 1930 – just the third year for the ‘Skins (and actually only their second full season) when Charlie Beck and his squad of 14 players lined up eight times that year finishing a very respectable 6 and 2 (the two losses were administered by Morrisville 12-0 and Perkasie-Sellersville 13-0). Although the ‘Skins gave up 25 points in those two losses, they allowed only 6 more in their 6 wins. That’s 31 total points in 8 games for an average of 3.75 “against” per game – the best per game average in the seventy-seven years your Redskins have been lining up on the gridiron.

And with the changes that have been made over the ensuing years to a more high powered offensive game, well, let’s just say the 1930 team might hold the record for a long time to come. And by the way, when you only have 14 kids on the team, how do you scrimmage during practice?

Best Defensive Year – Part II: Now since a lot of folks feel that “modern” football really got rolling in the fifties, and not to take anything away from the “best ever” defense of 1930, if we take a trip down memory lane and visit the Fabulous Fifties and Harry Franks’ undefeated 9-0-1 1956 team, you can bet your boots their rock solid “D” was a large part of that record. Yielding a paltry 45 points in those ten games results in an average allowed of just 4.5 per game (a field goal and one-half by our reckoning). And that’s the second best “points allowed” average in Skins history. Tough to crack that nut, we’d say! 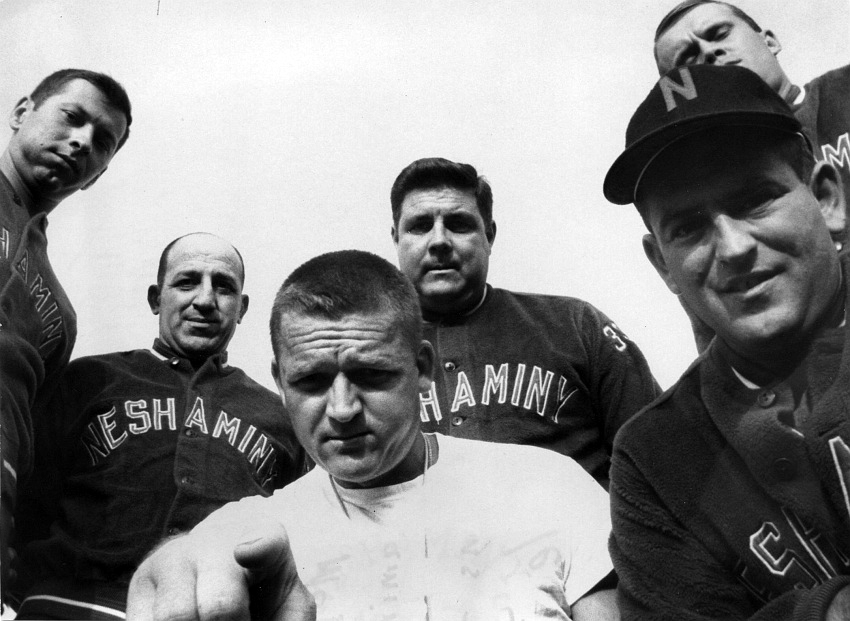 Best Defensive Year(s) – Honorable Mention: Once we get started we just can’t seem to stop. If you think those 1958 to 1960 defensive “Savages” were tough to score on, it’s the 1946 squad which actually comes in at number three on the all-time list. That’s because the Mike De Risi coached Redskins (who brought home the first ever championship) allowed but 46 points in ten contests (let’s see, ten goes into forty-six – 4.6 times!). Ahem, they averaged a “points against” of 4.6 per game – not bad at all.

And just in case you think it’s all about those low scoring offenses of yesteryear, we do point out that Jack Swartz’ 1970 club (which posted a fine 9-1-1 record) was tagged for just 67 points in their 11 game season for an average of 6.09 “against” per game. And as recently as 1988, the John Chaump coached club (which finished its regular season undefeated before suffering its only loss of the season to Cedar Cliff in the first ever PA state playoff football system) was a juggernaut on defense as well. In their 12 game season they allowed only 81 points which works out to under a touchdown a game (6.75 to be exact).

Whew! That’s enough about the defenses for a while – don’t you think?