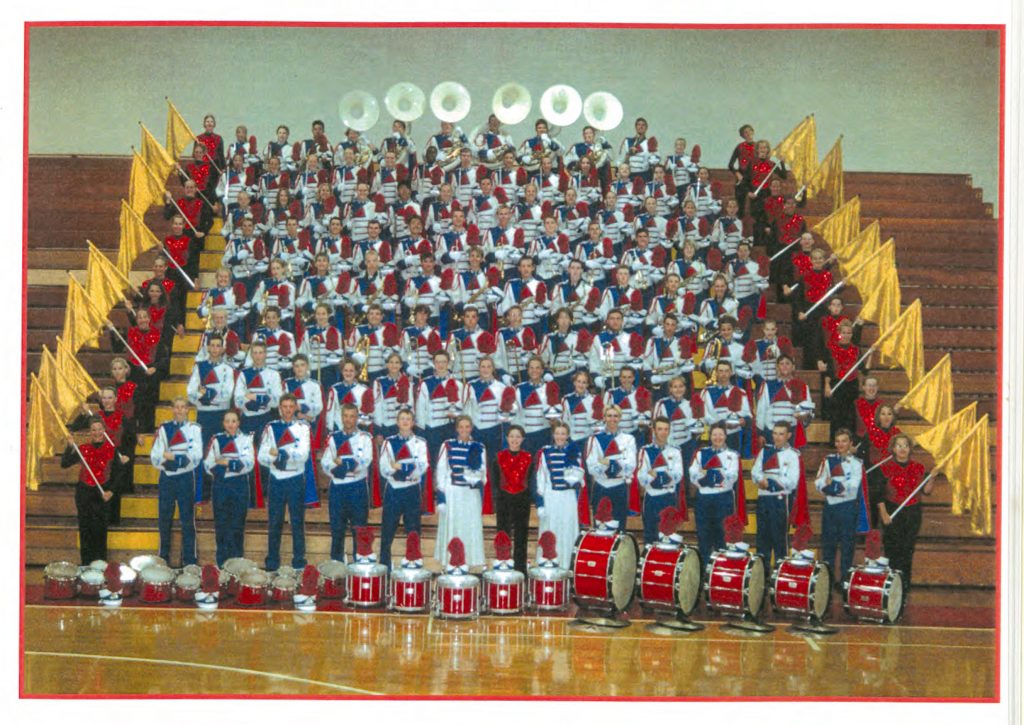 Our 2001 program, "West Side Story" features a variety of selections from the very familiar and popular Leonard Bernstein score. The show opens with a powerful introduction, followed by the beautiful and flowing sounds of "Maria". Next up the band presents a jazzy and energetic rendition of "Cool" which is followed by a reprise from "Maria". Our talented drum line and pit are featured as the band kicks back into high gear with "America". Next you will hear the band perform the very familiar and moving "Somewhere" which leads into "Tonight" as the show finale. We hope that you enjoy our presentation of "West Side Story". 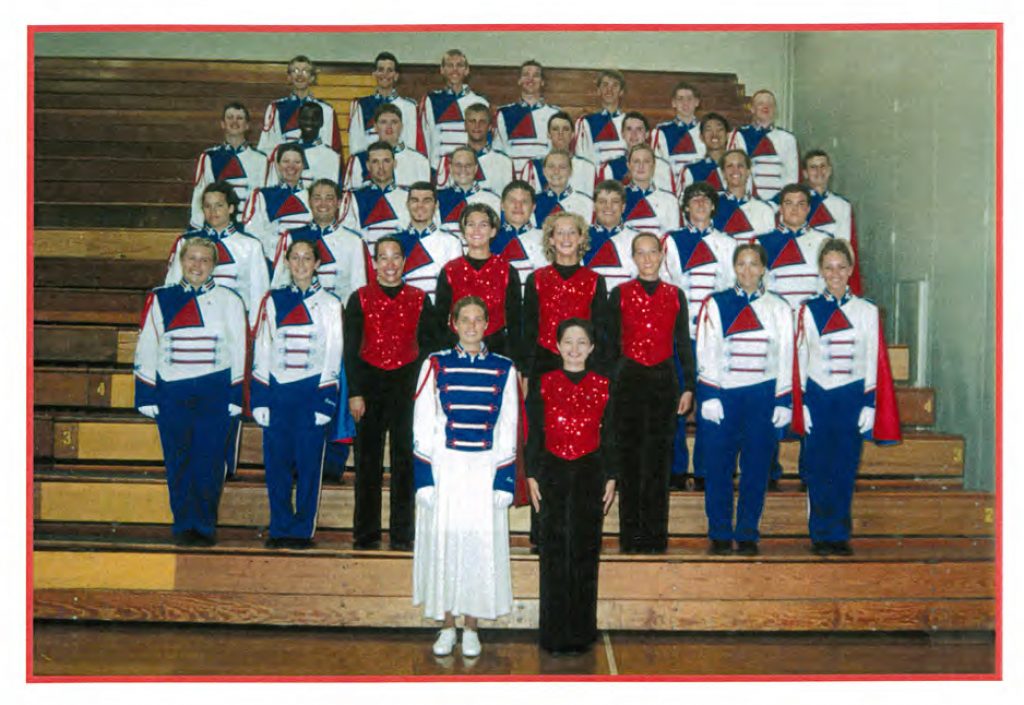 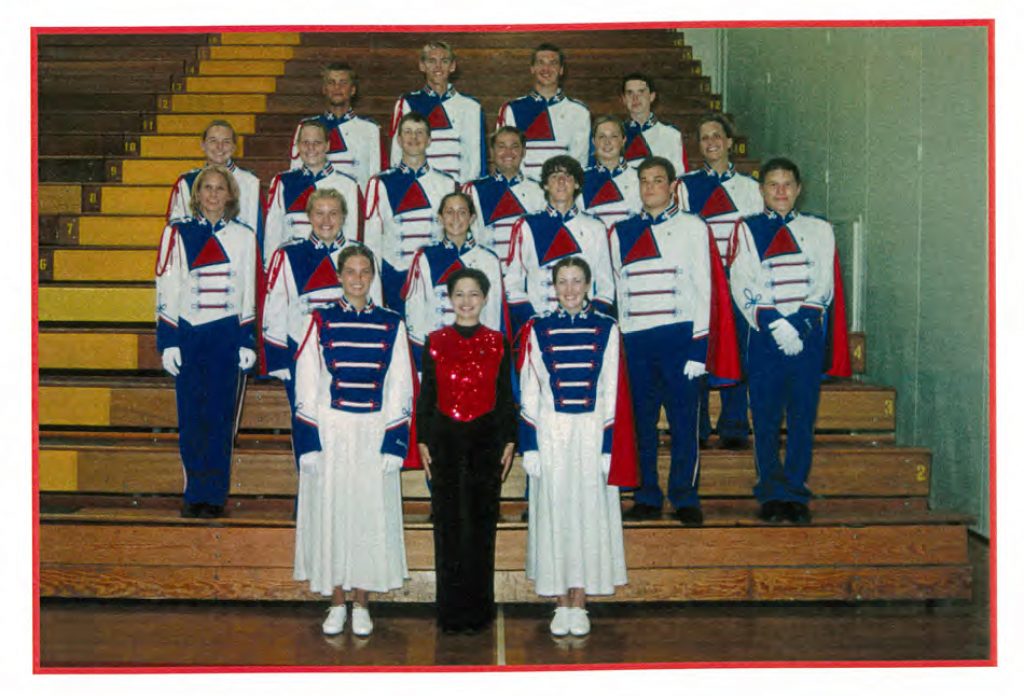