November 1946. This week's article appeared in the November 18, 1946 edition of the Bristol Courier newspaper. It recounts the Redskins 46 to 0 win over Morrisville which lead to their first LBC League championship. Highlighted in the article is the play of Wayne "Inky" Schneider, Dick Lukens, Bob Griffin and Warren Tucker. Those 4 players - along with Don Kaleda and Armand Fizzano who were also on that year's team - were elected to Neshaminy's Football Hall of Fame (for a total of six from that year's squad). Their coach, Mike DeRisi, is also in Neshaminy's Hall of Fame.

The 1946 team not only captured the crown that year but posted a fine 7-2-1 record marred only by a a 7-6 loss to a powerhouse Riverside, NJ club and a 13-7 cliff hanger defeat against then non-LBC opponent, Bensalem. The '46 Redskins also gave up just 46 points in 10 contests (third best ever to this day at only 4.6 per game) while scoring an at-that-time monumental total of 226 points. The record by any Lower Bucks team through that season was 237 which landed Langhorne-Middletown's 1946 gridiron boys in second place on the then existing all-time list. 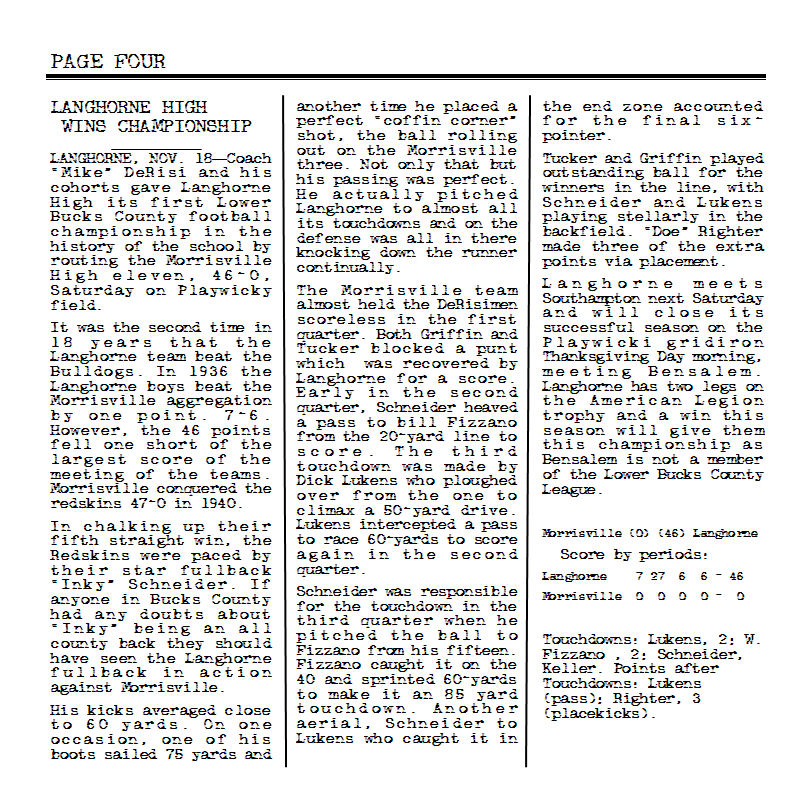