Friday, October 19, 1929. It's the Redskins second season and actually their first "full" schedule as the inaugural campaign of 1928 consisted of just one game and one game only. Now as they line up for the fourth game of their sophomore year of competitive gridiron play, and reviewing their 0-2-1 start, the Moleskinners are pushing hard for their first win. Their opponent is neighborhood rival Newtown High School. Having turned back the Blue and Red in the "first ever" game of 1928, as well as in the initial match up of the two contest home-and-away 1929 series, the tone for this game was a little different as it was being played on the 'Skins home turf in Langhorne. But still, it wasn't going to be a walk in the park for the Tribe. In fact, as the combatants retired for the half locked in a 7-7 struggle, the game looked as if it could go either way.

With the table thus set, the Langhorne players took the field for the final two quarters with but one thought on their collective mind − earning a win! 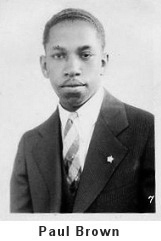 LANGHORNE – It was a case of making the best of the breaks, which the gods tossed about on Langhorne Field that enabled Langhorne to defeat Newtown in a hard fought stirring battle. Starting the game with a rush, Newtown scored in the early minutes of the game, by means of a sizzling 30-yard pass, heaved by “Red” White to Derry who trotted unmolested across the goal line.

“Society” Barone, just warmed up by a few minutes of play, skirted right end for the extra point, and there was Newtown out in the lead 7 to 0, but Langhorne was destined to receive the better cards in the next deal.

As the second quarter swung into play, White slung a wide forward pass right into the hands of Langhorne’s quarter, Townsend, who was downed on Newtown’s 6-yard line, from where Carter charged his way over for a touchdown, and used the same method a few minutes later to gain the extra point. 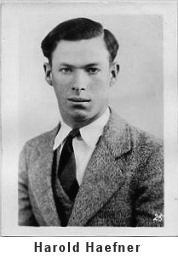 At half time the score stood 7-7 in most anyone’s favor. Although Newtown was outplaying the enemy, Langhorne was making and getting the breaks.

In the third session, Langhorne started a smashing drive that carried the ball to the opponent’s 1-inch-mark. There given 3 trys they were unable to reach that cherished goal, through a line that was holding like concrete reinforced with steel. Both elevens must have been seeing red to be fighting as though mad, but there comes a time when one or the other must give in. 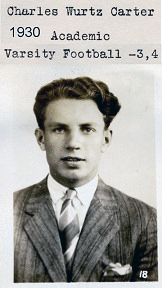 Newtown stepped out of danger by a very poor punt that only served to endanger it again. For in a couple of plays, Langhorne had a first down and a few yards to touchdown. Twice they hit the line and twice that line held. Time was called by Langhorne to give the gasping teams a chance to gain some strength, and the gasping crowd to get some wind to yell some more. Then the lines came together as Carter, with flying dive, made the deciding touchdown.

That last drive of Langhorne’s spurred Newtown to throw caution to the wind and throw forward passes that proved a high mark of the game’s closing minutes. It was all to no avail, for upon getting into scoring position, Newtown was unable to dig up a winning punch.

As a matter of statistics, the teams were quite evenly matched. Each had 7 first downs and 7 attempted passes out of which they completed 4 and had 1 intercepted. But as to the matter of yardage gained, Newtown’s rushing and aerial attack was superior. 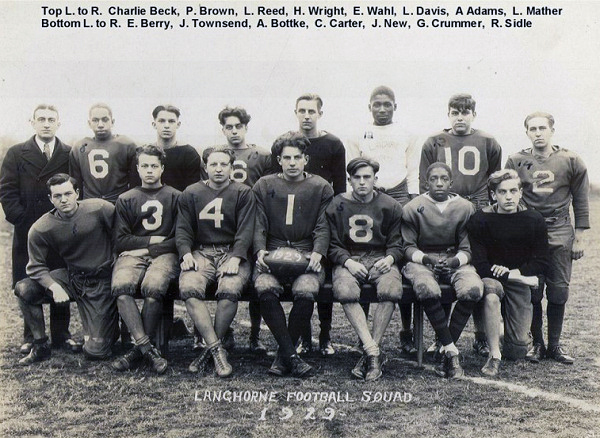 Editor’s Note: As the Redskins took the field against Newtown for their fourth game of the 1929 season − and just their fifth contest ever − they were obviously starting to get the hang of how the sport of football was played. And with a solid group of players that had decided it was time to start banking some wins, the team was ready for its first victory. Accordingly, after battling Newtown to a tie in the first half, the second 24-minutes went to Langhorne along with the “W” column checkmark too. Plus in addition to the win that day, a number of boys were starting to shine for the Moleskinners including fullback Charlie Carter who had lettered in 1928 and returned to anchor the team’s first “full” season that year of 1929. Now looking back to those early years some 8 decades ago, although that second year saw just two wins earned, during the following campaign of 1930 the ‘Skins continued to display the momentum they were gaining as they finished 6-2 while setting a defensive record for points yielded – just 3.88 per game – that still stands to this day.