November 4, 1944. Another war shortened season for Langhorne and Fallsington as they meet for the second time during 1944. And wishing that they had a few more games to watch him perform, Redskin fans couldn't get enough of the their phenomenal running back, defensive back, punter, kicker and future Hall of Fame inductee, Wayne "Inky" Schneider. Coming through in the clutch week after week, his output during the first 24 minutes was surprisingly lacking as the first half of the game with Fallsington ended 13-0 in favor of the Falcons. But refusing to throw in the towel, in the final two quarters Langhorne battled back to within one point at 13-12. Fighting furiously for the win, on their last chance possession the 'Skins drove to Fallsington's 12-yard line as the clock was stopped with just one-second remaining. The call was a flea-flicker pass as Redskins halfback Joe Lukens took the snap with Schneider his target. With Lukens' aerial to "Inky" right on the mark, the catch was made near the goal line; the only problem were the three enemy defenders blocking Schneider's path to glory. . .

Touchdown In Last Second Of Play 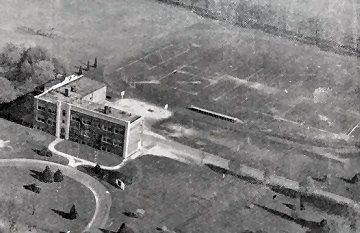 FALLSINGTON – Trailing 13-0 at the end of the first half, Langhorne High surged ahead in the last two periods to defeat Fallsington 19-13 in a return engagement grid contest, here, last Saturday.

In the first half the Falls team passed and ran all over the stunned Redskins. Phil DiNatle, speedy Falls’ quarterback, tallied twice on passes from Norman White. White plunged through center for the extra point.

The second half was a complete reverse of the first. The Redskins took the ball and marched 60 yards for the first score. “Chick” Ardis landed the ball on the 45. Joe Lukens then took a pass from the center and carried the ball to the 2-yard line. “Inky” Schneider then moved within 12 inches of the goal. The Falcons felt the full force of the Lukens’ running power, as the Redskins Captain smashed the Falls line to register the first goal.

In the beginning of the last quarter, with Richard Frutchey handling the quarterback position, the locals scored again. Richard Lukens intercepted a Falls pass and put the ball on the 50-yard line. “Inky” Schneider, “Chick” Ardis, and Joe Lukens made four first downs and put the pigskin on the Fallsington 8-yard line. Lukens drove to the 4-yard line, and “Chick” Ardis hit pay dirt on an end run. The score then stood at 13-12, with the Redskins still trailing. The Falcons tried in vain to set up an aerial attack, and once again the Playwickians began to unleash their running power. “Inky” Schneider went through tackle for 22 yards, Lukens traveled to the 30, and Frutchey battled his way to the 27 for a first down. With time running short, Joe Lukens passed to Ira Romberger. The pass was incomplete, but the Falcons were penalized for interference of the receiver, and the ball rested on Fallsington’s 12-yard line. Then in the last second of the game Schneider received a pass from Lukens, shook off three Fallsington tacklers, and dived across the double stripe to win the game.

The surprisingly powerful Falls aerial attack was almost the downfall of the Redskins. Norman White, the Fallsington triple threat man, completed eleven forward passes; two of these accounted for touchdowns. 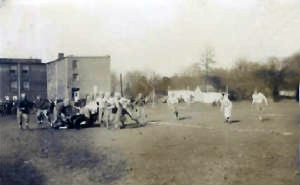 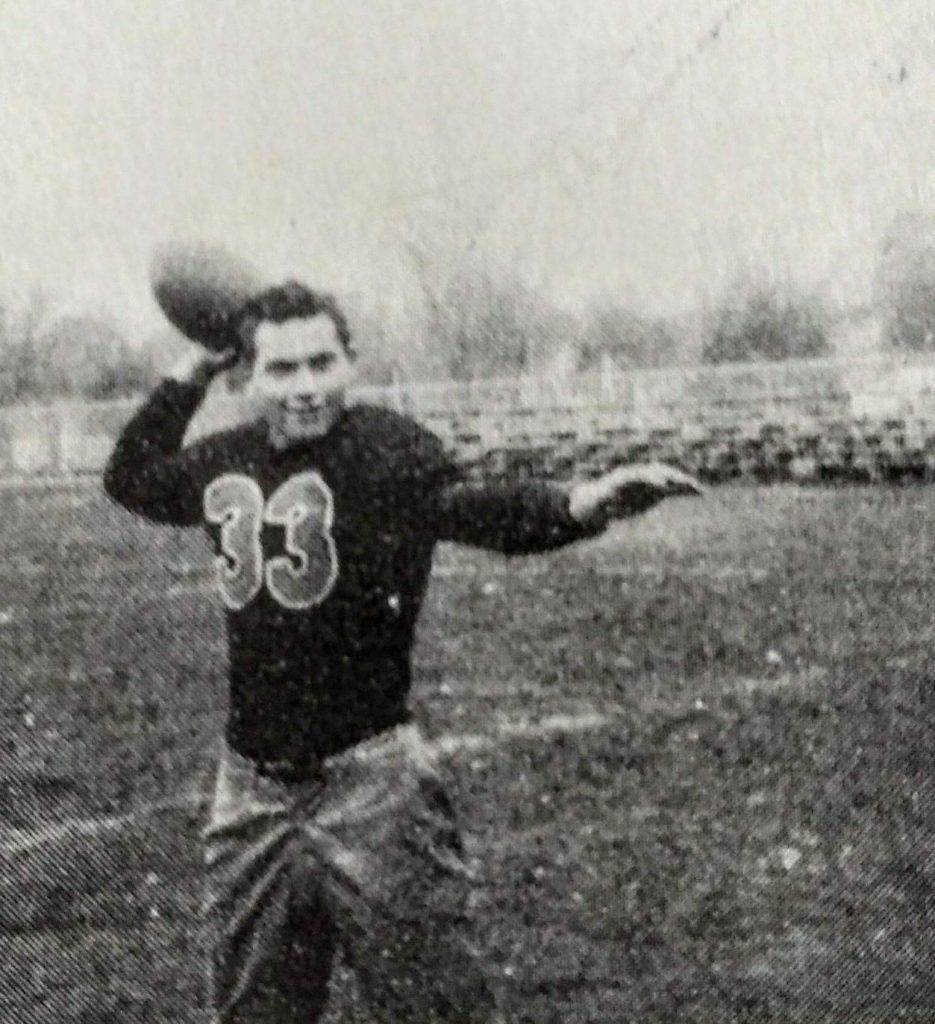 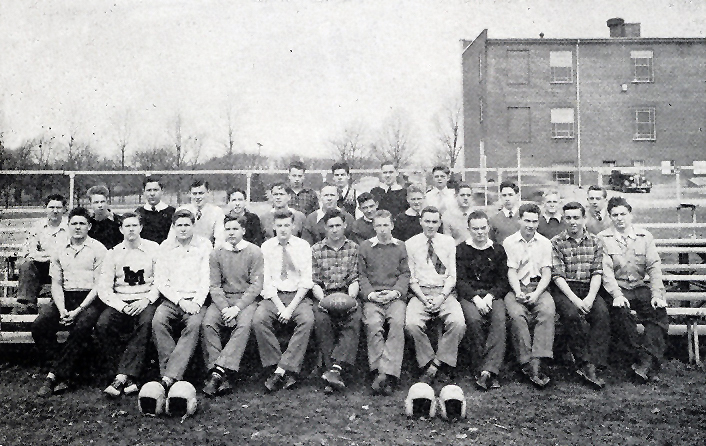 Editor’s Note: Who would have guessed what the fans were seeing that day in 1944! Not only did sensational all-around athlete Wayne “Inky” Schneider, along with fellow Hall of Fame member Joe Lukens, show their stuff on the gridiron, but the slugfest on the field was a perfect precursor to the “Neshaminy versus Pennsbury” contests that would become “official” in just another 6 years when both schools completed their name changes. In the meantime, though, this battle of Lower Bucks rivals went right to the wire. As reported, Langhorne banked the win on the Lukens to Schneider pass for a score with no time on the clock and the game surely established a template that would be played out over and over during the ensuing years. And in addition to Schneider and Lukens, Richard Lukens − Joe’s brother − and Don Kaleda of that year’s club also are in the Redskins’ Hall of Fame. Solid support for the ’44 club, which posted a solid 5-2 record, was also provided by the likes of Ken Caldwell, Richard Frutchey, Al Adair, Ira Romberg, Harry Taylor, Russ Haines, Bill Haman, “Chick” Ardis, Wayne Hibbard, Bud Noer, Phil “Doc” Richter and others. Additionally, Mike DeRisi, that year’s coach of the Falcons, moved over to Langhorne for the 1946 and 1947 seasons which then saw the ‘Skins capture their first two LBC championships under his stewardship.