November 1947. Thursday, November 27, 1947. In 1946 Coach Mike DeRisi had guided the 'Skins to their first ever LBCL championship season; however, after snagging the trophy that year, graduation had seen quite a few of the team's "stars" move on to other endeavors. Needless to say, fans were then left wondering if a repeat would be possible during the campaign that followed. But leaving no doubt that it was, the boys of '47 showed their stuff all season long. Still, the crown wasn't quite nailed down as the Tribe headed into the final game of the year. For with Bensalem coming back into the LBC that year, the closing game on Thanksgiving Day was for all the marbles as a loss to the Owls would have cost the Langhorne boys the title. Then with their neighbors from Cornwell Heights jumping out to a 6-0 lead early in the game, and the teams retiring for the half with the Redskins out in front by the very slim margin of 8 to 6, it was obvious it was going to be a dogfight in the final 24-minutes of play.

In chalking up the victory, Coach “Mike” DeRisi’s minions racked up a total of 15 first downs while holding Bensalem to four. 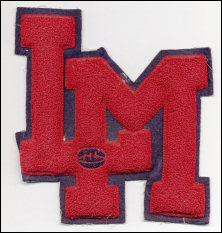 However, the Owls had plenty of fight and early in the game took a 6-0 lead when they scored on a 39-yard pass after recovering a Langhorne fumble.

Langhorne scored its first six-pointer on a 60-yard march with Smith going over in the second period. A safety with “Tommy” Salvadore and “Jim” Cameron blocking a kick gave the Redskins an 8-6 lead at half-time. In the final period Armand Fizzano shot a bullet pass to his brother, William, to score another touchdown. Semarian Brown added the extra point via placement.

“Tommy” Salvadore was again outstanding in the line with his defensive playing and interception of two passes. For Bensalem, Frank Cantwell and Quentin Bristow excelled. 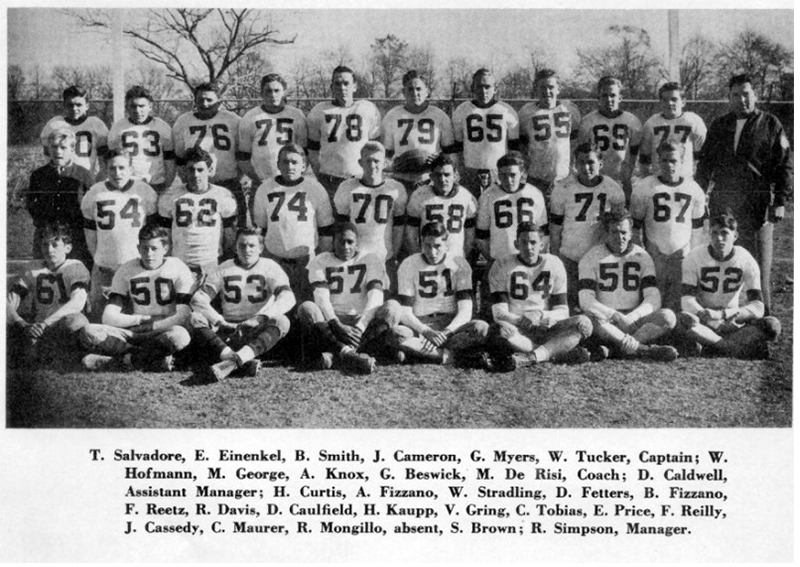 Editor’s Note: After coming over from Fallsington High School in 1946, and quickly taking the ‘Skins to the top of the heap that year and again in 1947, Coach DeRisi then moved on to Hammonton High School in New Jersey for the 1948 season. Sadly for Langhorne too, as Coach DeRisi was well liked in addition to his obvious skills as the head man of the football squad. But even though he had pursued another opportunity after just two years with the Redskins, he had been the first coach to take the Indians to the top of the class. And just as in 1946, the 1947 club finished 7-2-1 with losses only to Burlington County power, the Riverside Rams, and Montgomery County’s tough Ft. Washington group. Meanwhile, the 0-0 tie with cross-town rival Fallsington, which would be rechristened as Pennsbury in 1949, was just another indication of what was coming down the road in that storied rivalry. Getting back to the 1947 champions, though, their results on the field showed what a capable bunch they were. Tough and scrappy, and despite not being the scoring machine of 1946, the ’47 edition did what was necessary. Featured players that year included Bill Fizzano, George Myers, Armand Fizzano, Tom Salvadore, Warren Tucker, Jim Cameron, Al Knox, Max Einekel, Semarian Brown, Jim Connoly, Clarence Myers, George Myers, Ray Mongillo, Harry Curtis, Vic Gring, Calvin Tobias, Bob Davis and others too. Standouts among the group included Armand Fizzano and Warren Tucker who were both elected into the ‘Skins Hall of Fame.