JACK SWARTZ AND HIS 1971 TEAM OF THE CENTURY

That summer had been longer, steamier, and warmer than recent memory would have predicted, with mid-August proving to be particularly hot and humid. Each day was more tortuous than the previous as even the grass seemingly became heavier with its blanket of daybreak dew. Adding to the air of oppression were the locusts’ early morning cries which could not have been more annoying. Day after day it was almost a certainty that the sun would again bake those forced to toil under its unyielding gaze as it hammered down on the anvil that was the Delaware Valley.

And for a certain group of young Lower Bucks County athletes the environment wasn’t the only weight they shouldered. After all, hadn’t it been just yesterday these 15-, 16-, and 17-year old teenagers had stood with faces pressed against chain-link fences watching the iconic giants of their childhood slaying all manner of invaders that had come to test them. Now, after growing up together in diverse yet connected neighborhoods – Feasterville, Levittown, Penndel, Langhorne, Trevose, Hulmeville, the “farms” − and playing with and against each other on the midget, Pop Warner, and Junior High football teams for the better part of their lives, they could not imagine that when their turn came to dig their cleats deep in the grass and dirt of “The Ridge” anything but victory would be the result.

And that belief was something that could be discerned by looking into any one of those young faces. More than just an unsupported feeling of pre-season euphoria, it was a collective belief that this was to be a special year. It was the thread that bound them together − that this would be that team, that group of boy-men which was destined to become an invincible, red clad army for whom the pain of defeat was a foreign and unconsidered possibility.

Just as certainly, while Jack Swartz surveyed his boys during one of those uncomfortable Langhorne mornings, he too felt that same sense of destiny. It was the sense that this team would be something special that comes along only once in a great while. Although the campaign to come would initially be called a “rebuilding year,” Jack Swartz was just as convinced as his charges: this was to be that team and this was to be that year.

It was the summer of 1971 and Redskins football was back! 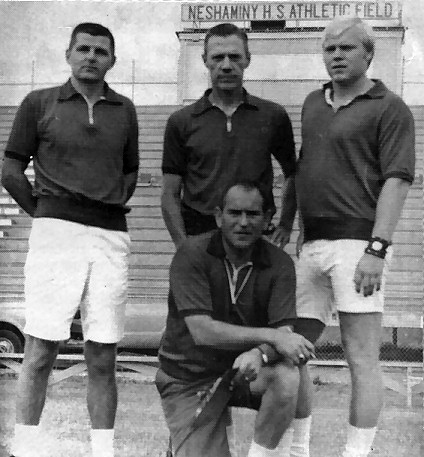 From 1952 through 1965 Neshaminy football had been nothing short of phenomenal. Under the direction of Harry Franks during the years 1952 through 1959 and John Petercuskie from 1960 to 1965, the Redskins of Neshaminy had fashioned an overall record of 128 wins, 11 losses and 7 ties. Capping that 14 year string was a 51 game unbeaten run that began with the fourth game of the 1961 season and continued through the final contest of 1965. It was during those Franks/Petercuskie years that the Neshaminy Redskins left behind their humble beginnings as a tough but unheralded high school football team and became a Pennsylvania schoolboy gridiron powerhouse that garnered national recognition.

And the resulting patina that painted the Langhorne school and its team, a patina that glowed like a golden covering across its communities, became a favorite coat that was worn with pride. Without a doubt, the fathers and mothers and their sons and daughters all basked in the reflection of their glorious Redskin football teams − after all these were simpler times when Friday nights still meant high school football or drive-in movies.

But as so often follows mountain top views built upon victory after victory, Neshaminy was to find it was not immune from the inevitable end of an era. For despite a continuing supply of talented and dedicated players as well as experienced and capable coaches, after Petercuskie’s departure in 1965, a few seasons failed to meet the expectations of the team and its fans. Thus, with their confidence shaken, it appeared for the moment that the mighty ‘Skins had lost their way.

However, the antidote to uncertainty is often found at home, and for Neshaminy, it would be no different. The answer it sought was there within its hallowed halls.

His name was Jack Swartz.

A native of Moosic, Pennsylvania located just outside Scranton, Swartz was one of those drill masters his players referred to, with reverence, as a “coal miner.” Like so many of the Neshaminy coaches that had been at the helm or in a supporting role, he was a tough and no-nonsense, but fair, football coach. With crystal clear eyes that looked right through you and a sense of the game that seemed genetic in certain upstate PA types, he was the right man at the right time for Neshaminy High.

After starring at Carbondale High and East Stroudsburg State in both football and basketball, he ran the football program at Carbondale for four years before heeding the call of the Redskins in 1955. An offensive whiz kid, and except for 1966, he is reputed to have called every offensive play for Neshaminy from his arrival through his retirement after the 1972 season. And besides his innate ability to “call a play,” he was a student of the game who honed his craft under two of the schools legends − Harry Franks and John Petercuskie.

So it was that in 1968 when he was handed the reins, it would be an understatement to say he was ready.

Furthermore his technical skills were well matched by his showmanship and coaching ability. An excellent orator, his pre-game speeches were legendary, and anyone who played for him would have willingly run through the brick walls of the school − rather than using the door − if that’s what he said to do.

“If anyone doesn’t feel they can give 100% or if they think they’re not good enough to be a Neshaminy Redskin they don’t need to come along. Just stay behind and we won’t think less of you. But if you want to be a champion − then join us!”

“You know, boys, this week’s opponent is tough, they’re big, they’re fast and strong. The papers don’t give us much of a chance and the teachers and students don’t have much faith in us either. And that’s not much different than it was for teams in the past when they were the underdogs. But if you play with pride and strive for respectability, well then, the wins will take care of themselves.”

“By yourselves you can’t win, but as a team you can’t lose.”

In addition to his ability to motivate and fire up a team of teenagers, he also knew how to find the best in each of his athletes and then nurture, fine tune, and allow them to reach their full potential. He knew whom to criticize, whom to coddle, which ones to drive and which ones to leave alone. He just knew how to coach. 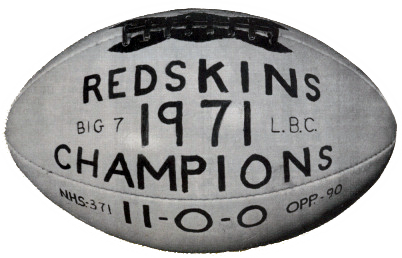 And Swartz would have the opportunity to use all those talents when he took charge of the club. Producing immediate results, the Redskins posted 7 and 4 seasons in both 1968 and 1969. Those two years were followed by a 1970 team featuring a rock-hard defense whose 9 win, 1 loss, and 1 tie record whetted the appetites of the ‘Skins’ faithful.

Finally, with the arrival of the 1971 season − and the boys of that autumn’s gridiron club − hungry fans would feast till they burst as the “Team of The Century” lined up at Heartbreak Ridge.

THE TEAM AND THE SEASON

A diverse group of personalities and characters could not have been more a team than the 1971 club. For although they had arrived from the four corners of the district, they were united in their lockstep march to the same field at the same time with the same mission ” the return of Redskin football supremacy.

The squad consisted of bonafide “superstars” in Dale Forchetti, Pete Cordelli, Chuck Lodge and Bruce McHale and a supporting cast made up of an endless line of “all-star” talent in Joe Sroba, Pete Schupackus, Joe Chamberlain, Charlie Conger, Ben Watson, Jerry Coniglio, Tim O’Brien, Mike Pannucci and Bruce Traney on offense and Joe Neky, Steve Gale, Dan Meier, Mark Strawbridge, Dave Pyle, Jay Sidman, Jeff Schenefelt and Bart Smith on defense. It was truly as complete a football squad as a coach could have hoped for with nary a hint of a weak link in its starting lineup. 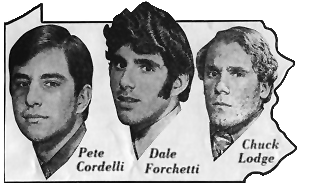 And all the talent, drive and determination of that group would be required every step of the way that year as they battled through the first half of their season playing undefeated and top ranked teams week after week. A second half against lower-ranked clubs followed but with each of those opponents eager for their chance to dethrone the now restored ‘Skins. And restored they were as they tore through ten straight opponents before the culmination − actually the coronation − being the game against the one team that had to be beaten; the team that hadn’t been bested since November of 1965 – the Pennsbury Falcons. That would be the contest that would make or break the ’71 ‘Skins as the Falcons were as real as it gets, coming to the table at 9 and 1 to the ‘Skins’ 10 and 0 (with the Falcons’ iron-willed defense which had allowed only 42 points all year serving as a set piece match-up to the ‘Skins’ high powered offense).

As it developed, that late November contest would easily live up to its advance billing for the 15,000 in attendance. Relying on a surprise “no-huddle” offense, the Falcons scored the first ten points. It was only a last second touchdown run by Cordelli at the end of the first half that kept the Skins within reach at the break. The third and fourth quarters proved no less thrilling as Neshaminy ground out two tough touchdown drives − the first ending on a Cordelli to Sroba pass for a score, the second capped by a 3 yard dive by Traney. That made it 21 to 10 for the ‘Skins, just enough to withstand one last six-pointer and conversion by the Falcons before the final gun sounded with Neshaminy the winner, 21-17. 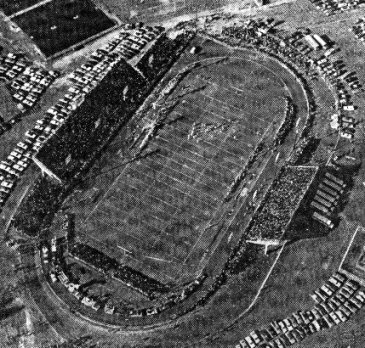 Thus it ended. The season was over, and the boys of 1971 had done their job. The Redskins once again sat atop the schoolboy gridiron world. It had been a wonderful, perfect year that in the final analysis would be seen as one more jewel in the crown that is Neshaminy football.