In a “strike-shortened” season which saw the team go 4-2-1 in seven games, the Pennsbury game is cancelled. It represents the only year the next door neighbors have not played as “Neshaminy versus Pennsbury” from 1950 through the present. Because that year of 1980 was also to be played in Fairless Hills, the next year of ’81 was a make-up for Pennsbury which remained as the home team in Fairless Hills. Thus, the “odd-year home, even-year away” series with the Falcons is flipped around and it remains so to this day. And on a “growth” note, the district’s population has finally begun to “slow down” as it adds only 5,000 residents during the ’70s to around 60,000 overall. Considering the expansion from 10,000 people in 1950 to 55,000 in 1970, the addition of the latest decade is hardly noticed.

From the Webmaster - We wish to acknowledge Scott Obringer for all his film and stories. 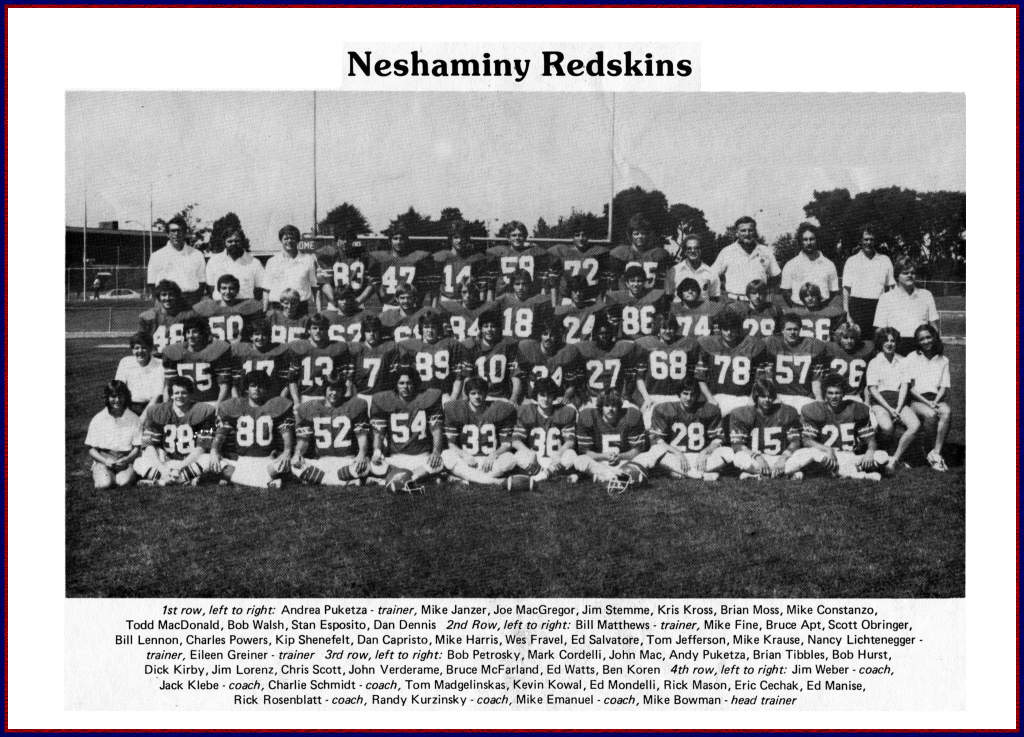 We really need Game Programs for this year. Contact us if you have a 1980 game program 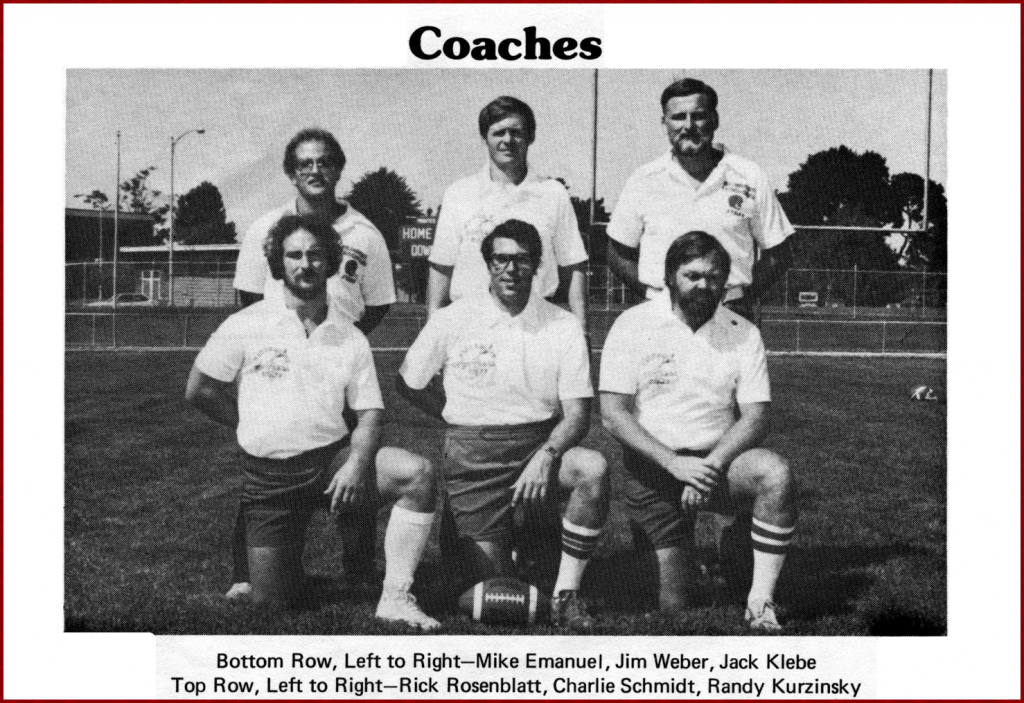 Please contact us if you have any ad programs with the senior photos. 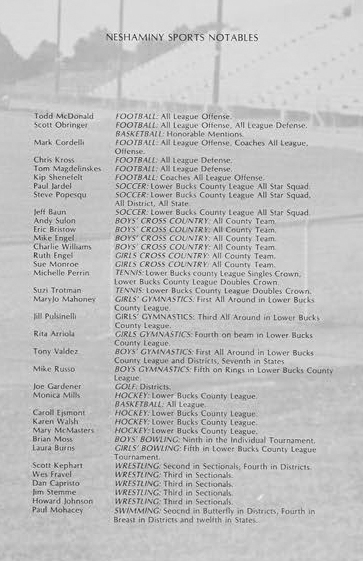 The Bucks County All Star Game for 1980 players was held Saturday June 13th, 1981 At War Memorial Stadium in Doylestown Kick-off at 8 PM 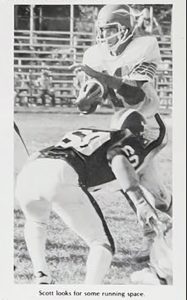 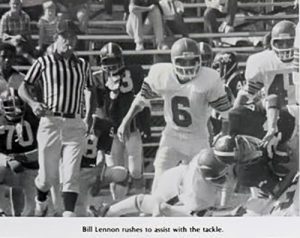 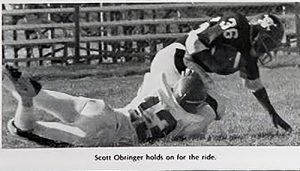 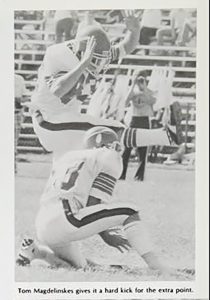 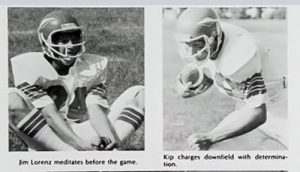 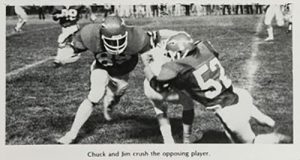 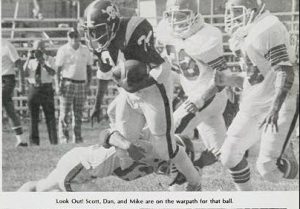 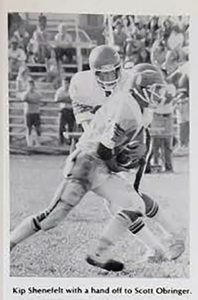 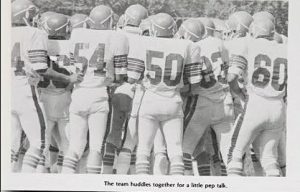 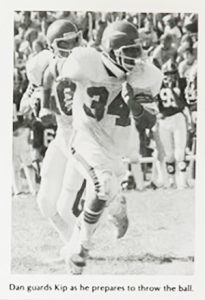 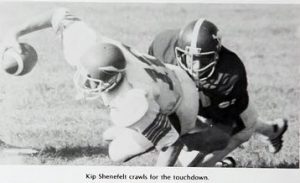 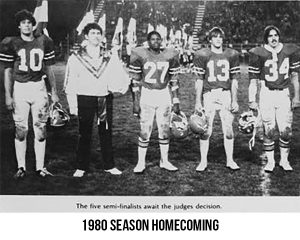 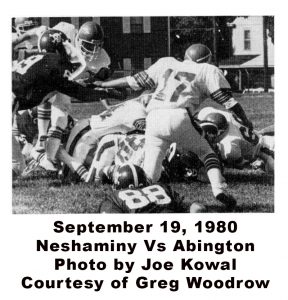 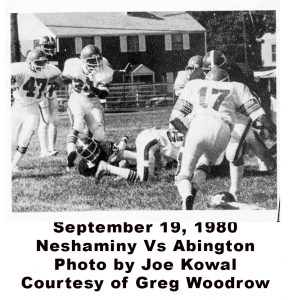 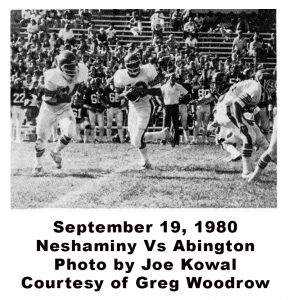 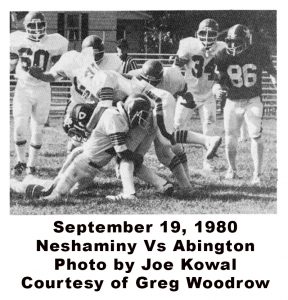 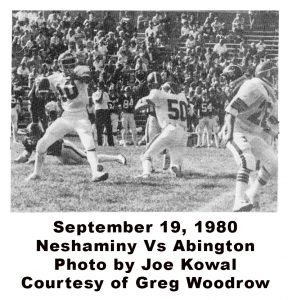 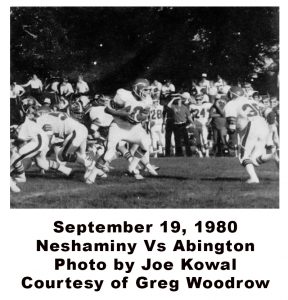 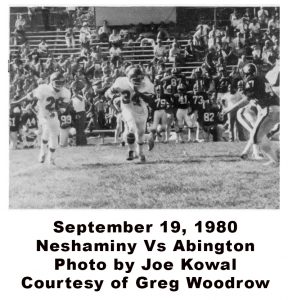 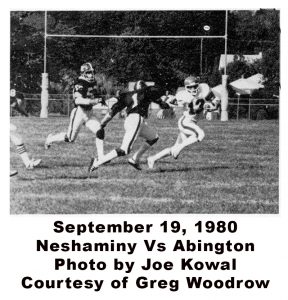 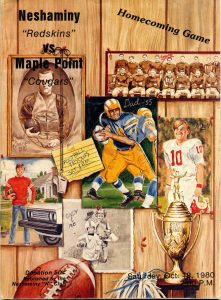 Featured Game of the Year - Unofficial GAME 9 NHS 6 vs Council Rock 7. The game was managed entirely by the players. Many thanks go to Scott Obringer for all of the games he saved for 29 years on reel-to-reel tapes.

FUN FACT: Among the many amazing memories from this game, Scott mentioned that if you look in the stands, you will see everyone is sitting very close together. That is because it was so exceptionally cold and windy. All the fans were desperately trying to stay warm.

Return to Past Years
1981 Season Recap