December 1971. Neshaminy's juggernaut '71 football squad finished 11-0-0, the best in the team's history at that time. Post-season accolades poured in as Redskin players received one award after another while collectively celebrating L.B.C. Section 1 and Big 7 titles in addition to acclaim as the state's top team. And in a fitting finale to the many honors that came their way, the UPI selected three Langhorne gridders to its All-State first team while a fourth received honorable mention − the first time that had occurred in the history of Pennsylvania.

Highlighting that special moment, an article in the December 30, 1979 edition of the Courier Times mentioned the four player selection as one of the twenty "people and events" of the 1970s Lower Bucks sports scene that had made it a most memorable ten years.

Up until the fall of 1971, Lower Bucks County had placed four players on United Press International’s All-State first team − all from Neshaminy High School.

By the end of 1971 that total had been increased to seven. 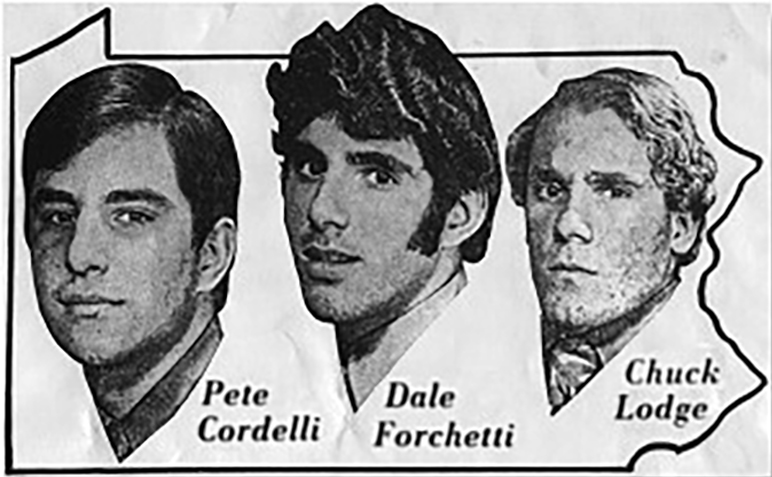 Three players − Dale Forchetti, Chuck Lodge and Pete Cordelli − capped Neshaminy’s incredible 11-0 season with an even more incredible feat. They were the first trio from the same team ever to be selected first team All-State. 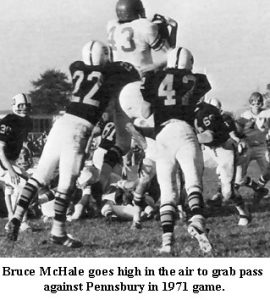 In addition, Neshaminy tight end and linebacker Bruce McHale was selected to the honorable mention squad.

Forchetti scored 22 touchdowns in his three-year career, hauling in 14 in his senior year. He scored touchdowns in 10 of 11 Neshaminy games in 1971 and caught 58 passes for over 1,100 yards.

Lodge, an adroit two-way player, was a transfer from Bishop Egan and under coach Jack Swartz blossomed into a peerless center and linebacker.

Cordelli probably said it best for the trio when he was asked about the All-State honors.

“Sure, it’s great that the three of us made the first team, but it’s great for those 41 other guys too” he said. “They had as much to do with it as we did. Without them it just wouldn’t have been possible. It’s a great thing for the coaches and something very special for Neshaminy.”

“You know, this all takes so much teamwork” Forchetti said “and when you have something like this happen to you, you appreciate everyone involved more than ever.”

(Editor’s Note: Blessed with an abundance of talented players and an equally skilled coaching staff, the 1971 team is remembered as one of Neshaminy’s finest. Featured in numerous articles and tributes over the years, its 21-17 win over Pennsbury was the subject of a 1977 Courier Times article titled Some Call It The Greatest Game of All. That same contest was also identified as one of the 20 most memorable sporting events of the 1970s along with the 4 “All-State” Redskins mentioned above. More recently, in 2000, a Courier Times article touting the Best of Bucks, selected the ’71 ‘Skins as the top area high school football club of the second half of the twentieth century. And in 2004, the team enjoyed the attention of Pennsylvania schoolboy football historian Hal Wilson in a tribute he wrote called Great Pennsylvania Teams. Finally, in 2005, the PA Football News selected 16 of the best high school football squads from almost 100 years of the state’s history − including the Tribe’s ’71 club – and pitted them against each other in a computer run playoff. The winner of the cyber-tournament? The 1971 Neshaminy Redskins.)