Fall 1928. Principal William Thomas had made the decision − Langhorne Middletown High School should have a football team. In fact, Principal Thomas felt so strongly about it that he was willing to do whatever it would take to make it happen − even if he had to organize and coach that first team himself. So that's just what he did as he ordered that the grounds behind the school be utilized to accommodate a gridiron; that uniforms and equipment be purchased; and that practices and tryouts be arranged and held. His excitement obviously contagious, even the local newspaper − the now defunct Delaware Valley Advance − posted the following short notice about the school's fledgling grid club:

The Langhorne Middletown High School will put a football team on the field this fall. The grading of the ground to the rear of the school has provided a field upon which such contests can be held and it is being lined for practice. A squad of 25 turned out for the first practice last week and received instruction from Coach W. A. Thomas.

With the pieces thus set in place, and following the embryonic work and effort of "Coach" Thomas, the result was the school's first football team as was forged out of Langhorne's raw and untested youth. Accordingly, with the squad soon as ready as they would be, a game was then scheduled for a crisp and cool Friday afternoon with neighborhood rival, Newtown High School.

(As reported in The Newtown Enterprise)

A crowd of 300 spectators witnessed one of the most exciting football games ever played at Pickering Field, last Friday, when Newtown defeated Langhorne 13 to 0. From the kick-off to within the last five minutes the game was even, both teams seesawed back and forth, neither coming very near the others goal line. Newtown’s backs several times got loose beyond the line of scrimmage, but were downed by the safety man. 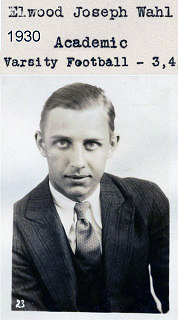 For the first half, the teams were evenly matched. Several nice gains were made by both sides; however, when the middle of the field was reached the teams would tighten up and on fourth down would punt. Newtown’s averaged about 15 yards further than Langhorne’s.

During the half the spectators were entertained by the Bugle Corps of Richboro High who so kindly consented to come over to Newtown. Incidentally, at a contest held a short time ago where all the bugle corps of the high schools of Bucks and Montgomery counties were represented, Richboro carried off the first prize. Certainly they should if their playing and marching was anything like Friday’s display.

The third quarter opened with Langhorne on the offensive, making a last desperate attempt to score on Newtown. Newtown stood like a stone wall and held Langhorne in their own territory for the entire quarter. 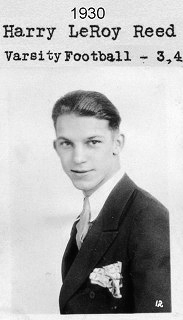 In the fourth quarter Newtown took the offensive coming down hill; in the third period they had saved their energy as much as possible and now with the land in their favor they advanced to within three feet of Langhorne’s goal line, with fourth down to go; but Langhorne’s line braced and Newtown failed to make the score.

Then with only two minutes to go and twenty yards from the goal line, White scored on a left end run; Grace kicked the point. Another score was added when Langhorne, not understanding the ruling, left the ball roll back of the goal on the kick-off, thinking it was a dead ball. Shields downed the ball; the referee called it a touchdown. Before another play could be made the whistle blew for the end of the game. 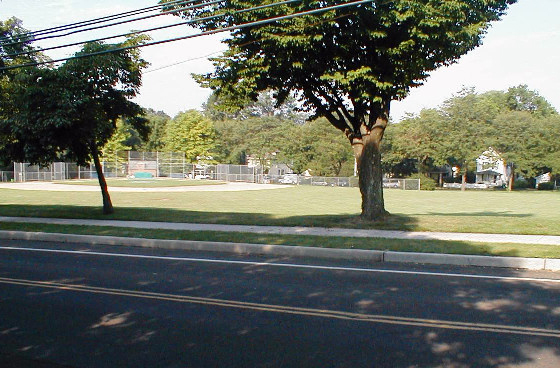 Pickering Field today (looking west toward the baseball field and showing slope which is from right going down to the left).

(Several players who suited up and played in the Redskins first football game in 1928 are featured in the photograph of the 1929 team below including Harry Reed, Elwood Wahl, and Harold Wright.) 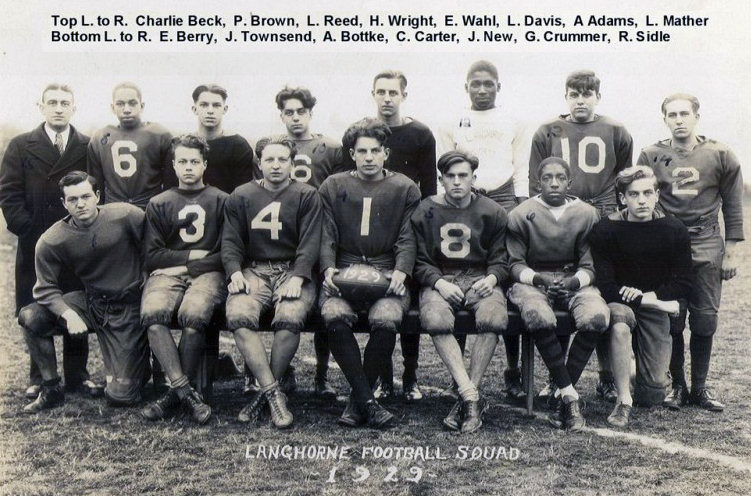 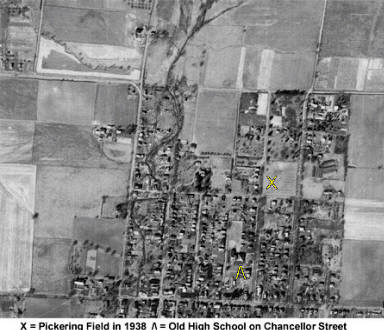 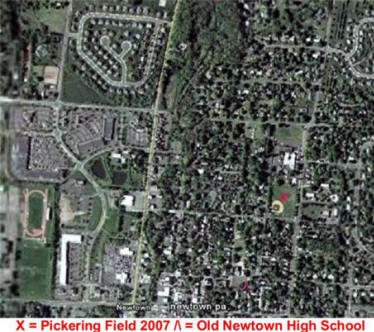 Editor’s Note: That first season had been modest with just the one game played and a final record of 0-1. And although that first – and only – game of 1928 didn’t go into the books as a win, those would soon follow. More importantly, though, Coach Thomas and his charges had laid the foundation for what would become an important and ongoing source of pride and accomplishment for the school and its community − the Neshaminy Redskin football program. But in the meantime, and backing our “recap” up just a bit, the ‘Skins did have to play their initial game and despite giving it their all, they fell short as they allowed two late scores. Although the first was an offensive run, the second Newtown TD was due to inexperience as Langhorne allowed the ensuing kickoff to roll untouched into the end zone where it was downed by a Newtown player for the score. As an aside, and rather humorously as the game’s account details, Pickering Field had a distinct slope that resulted in one team having an advantage when they were running “downhill” − which Newtown exploited to its benefit during the second half of the game. Still the game shouldn’t be viewed as a loss in any fashion as besides being the first Redskin game, a number of underclassmen had gained valuable time on the field that day − and that first “season” – and would go on to play in 1929 including Harry Reed, Elwood Wahl, Harold Wight, Charles Carter, Alfred Botke, J. Townsend, L. Mather and A. Adams.