Friday, November 20, 2004. In the second round of the 2004 District One playoffs, the 'Skins are fresh off their come-from-behind 38-34 win over Central Bucks West. And as the only the second team to have earned a playoff victory against the Bucks at War Memorial, Neshaminy was feeling on top of the world as they headed to Coatesville to take on that year's top seed, the Red Raiders. But in almost no time at all the Blue and Red was coming apart at the seams as not a "thing" seemed to be working. In fact, mid-way through the third period the score was 20-3 in favor of the hosts and it was looking as if the '04 club was destined to head back to Langhorne and clean out its lockers. But Schmidt and his charges weren't quite ready to throw in the towel just yet as they started to pull themselves back from the edge of the abyss. Playing ferociously for the win, it couldn't have been clearer that the boys were intent on adding another chapter to the "Big Book" of great Redskin come backs.

They had their backs to the wall Friday for the second straight District One Class AAAA playoff game. Their situation – down 17 points to the district’s top-seeded team in the third quarter in a very hostile environment – seemed even bleaker than the week before. 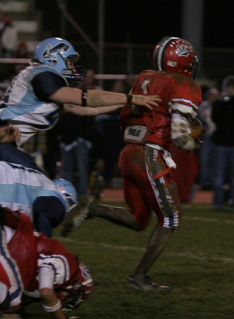 But they made an even more improbable comeback this time, rallying in the game’s final period to upend host Coatesville, 23-20. They turned Multi-Purpose Stadium into a sort of Homecoming dance, with Neshaminy students rushing the muddy field as the final seconds ticked away to cavort with the ecstatic players.

“I’m not shocked,” senior running back Georg Coleman said of the victory, which earns the Redskins (11-1) a spot in the district title game Friday at home against defending state champion North Penn.

Continued Coleman: “I knew we had it in us.”

Coleman knew, he said, because he’d seen it before.

Neshaminy erased a three-point deficit last week to become just the second visiting team ever to beat CB West at War Memorial Field in a playoff game, 38-34. The Redskins emerged from a 16-0 hole to take North Penn to overtime during their lone regular-season loss, ultimately losing, 31-30.

So even when Coatesville dominated Friday’s first half, then built a 20-3 lead early in the third quarter, it seems Neshaminy’s players never lost faith.

“We were confident we could come back,” defensive lineman Chris Daino said. “We just bowed our necks and made plays happen.”

Quarterback Andrew Flogel threw second-half touchdown passes to Jason Kinney and Coleman to bring Neshaminy within 20-16 with 8:29 left to play in the game. That was promising. But a failed two-point conversion on the second score seemed to put the Redskins’ comeback hopes on thin ice.

“I didn’t want to go overtime,” Neshaminy coach Mark Schmidt said of his decision to go for two.

Then Jarred Kinney forced a Coatesville fumble, and Daino recovered at the Coatesville 45. Two minutes later, Dominic Cundari ran in the go-ahead touchdown.

Another forced fumble – this time by Kevin Staub – and another recovery by Daino, helped to seal the win.

“Our defense is something special,” Coleman said. “We always knew that. They keep coming out time and time again and proving what they are. A good defense.” 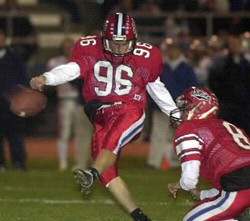 Neshaminy didn’t look great on either side of the ball in the first half. The Redskins could eke out just 80 total yards in the first half, compared to Coatesville’s 175. They committed two second-quarter turnovers and fell into a 13-3 hole at the half, only their second double-digit halftime deficit of the season.

Coatesville running back C.J. Gray broke a 45-yard touchdown run with 2:11 left in the first half to break open the game. Soon after, Coatesville capitalized on Flogel’s second interception of the night – and just his third of the season – to kick its second field goal and take the 10-point advantage.

“The team scared me,” admitted co-captain Andy Marino. “We were dragging butt in the first half, even into the fourth quarter. I had my doubts.”

“You always have your doubts,” Coleman, the team’s other captain, said. “But it helps you fight through. It makes you persevere more. It makes you want it more than ever.”

That basically sums up Neshaminy’s attitude toward North Penn, its next opponent.

“We are so hyped for this game,” Daino said. “We want revenge big time.” 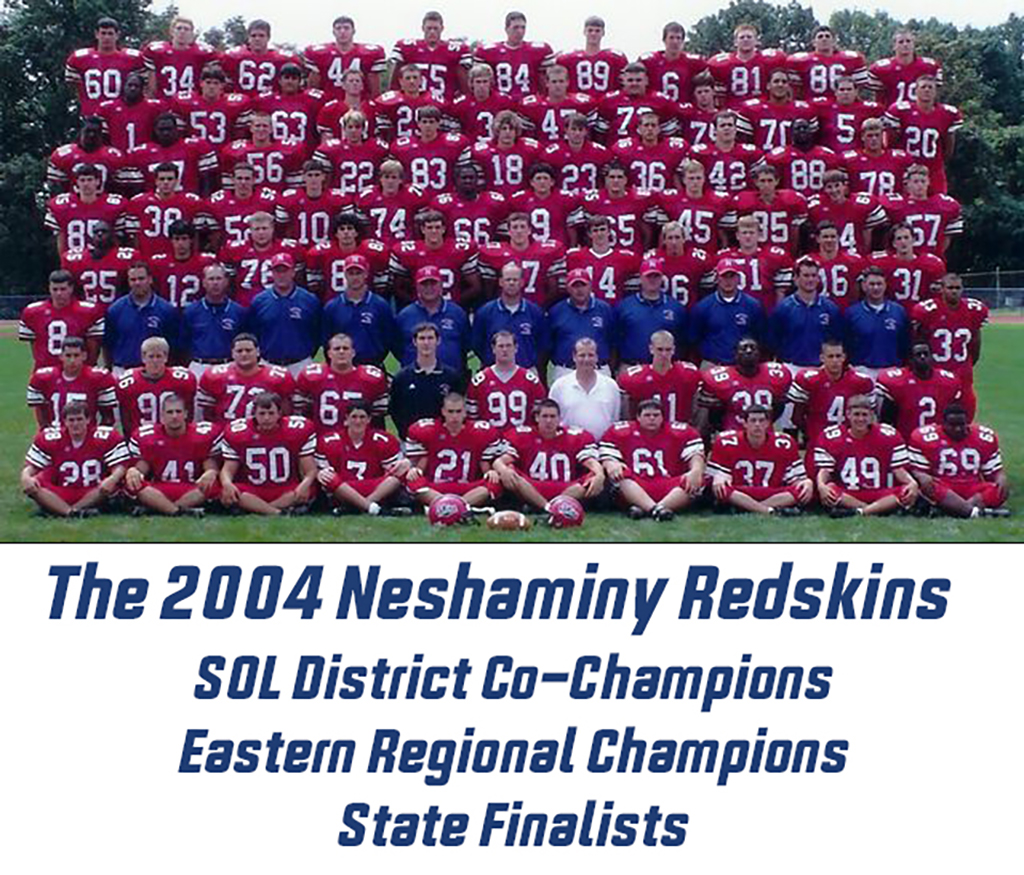 Editor’s Note: With the momentum in their favor, the week following the Coatesville win the Redskins earned a measure of revenge as they took out defending state champion North Penn in a shoot-out at Langhorne, 51-34, which helped ease the 31-30 overtime loss to the Knights during the regular season. And not stopping to savor the victory, they then battled an old foe from the 1960s and ’70s, the Easton Red Rovers, for the Eastern Title. Making it harder on themselves than it should have been, the 21-14 win saw the 13-1 ‘Skins then off to Hershey for the second time in 36 months. But the miracles and good intentions ran dry as the juggernaut that was Pittsburgh Central Catholic was just too much as they ended Neshaminy’s hopes for another gold football, 49-14. Still, at 13-2 the 2004 squad had actually played the most games in Neshaminy’s history while being just the second Langhorne team to make it to the Big Show in Chocolate Town. Loaded with talent in the form of Andrew Flogel, Georg Coleman, Chris Daino, Dominic Cundari, Jared Kinney, Jason Kinney, Kevin Kelly, Andy Marino, Mike Urban, Kevin Staub, Chris Eccles, Tom McEowen, Josh Auerbach, Tom Smith, Doug Rosnick, Scott Schiavo, Abe Brooks, Joe Moutoux and others too, only the 16-0 Vikings were able to effectively control the ‘Skins that year. And with more than their share of underclassmen, Neshaminy’s young team would return quite a few starters in 2005 which saw them pegged as a pre-season favorite to make it a 15-game season once again