Friday, October 10, 1975. Since the first game with Allentown's Louis Dieruff High in 1963, the Huskies had been as prickly a thorn in the side of the 'Skins as there could be. In fact, through 1974 the Moleskinners had managed to carve out just a 6-4-2 overall record against the Lehigh Valley squad. And it didn't seem to matter what Dieruff's record was when it came time to line up against Neshaminy. As a point of reference, even during the height of the 'Cuskie years and "The Streak", a 6-6 and then 7-7 tie in 1964 and 1965 were the only blemishes on otherwise back-to-back perfect seasons. So in 1975 when the 3-1 Redskins traveled North to take on a so-so Huskie group, it was hardly surprising when the hosts jumped out to a 6-0 lead. But with Coach Pal Allison's Blue and Red team on a mission that year, it was a fiercely determined Langhorne group that decided this was one game that wasn't going in the books as a loss − or a tie either.

Neshaminy comes back to

Allentown − Neshaminy High School continues to win in the Big Eight Football Conference but not in a fancy way. 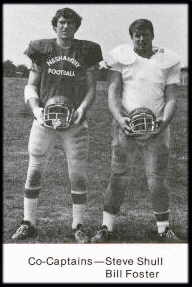 The Redskins just plug along and last night were forced to come from behind to defeat Louis Dieruff High School, 14-6.

But when the Redskins wanted to do it they went to senior end Eli Weissman for a pair of scoring strikes from the hand of quarterback Terry Gallagher.

Neshaminy’s defensive club played its usual role in victory for coach Pal Allison. It only allowed one touchdown and it came in the zone covered by senior Bob Hayes.

“I got burned on the first touchdown,” Hayes said after Neshaminy put its fourth win against a lone loss in its pocket.

The Dieruff six-pointer Hayes saw go up on the scoreboard came when John Gilly fired a perfect pass down the left sidelines to a speeding Mark McCants. It covered 33 yards on the first play of the second period.

“I was playing pass from that point on,” Hayes admitted. “I didn’t think about the run.”

Hayes, the only two-year veteran in Neshaminy’s secondary, turned the tide in the fourth period when Dieruff threatened to overcome Neshaminy’s 7-6 lead.

Put On The Pressure 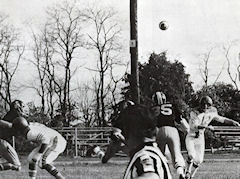 The 5-10, 165-pound Hayes put the pressure on Dieruff’s Ed Bashner, who was wide open on the 50-yard line. Gilly’s pass was on target but Hayes just flicked it out of reach of the Huskie receiver.

Time was against Dieruff and it went to the air again with 2:43 left in the game.

Hayes intercepted a McCants aerial to give Neshaminy possession.

When Gilly unloaded it was Hayes who pulled the pigskin out of the air at the 40 and rumbled down the left sideline. He was knocked down at the 20 but any hopes Dieruff had of winning the game were lost.

Four plays later Gallagher fired his second touchdown to Weissman from five yards away with just 11 seconds on the clock.

“He’s the guy we expect to keep everyone else under control out there,” Allison said as Hayes grinned.

“I could have really had four interceptions tonight,” Hayes added. “One I had in my hands but I couldn’t hold on to it.”

Dieruff offered Neshaminy plenty of resistance in the first half. The running of McCants and Mike Macks helped the Huskies pile up 107 yards on the ground and 68 yards in the air.

After intermission Neshaminy’s defense allowed the Huskie’s just 16 yards on the turf and only two completions for 34 yards. In that passing total was a harmless 27-yarder with eight seconds left. 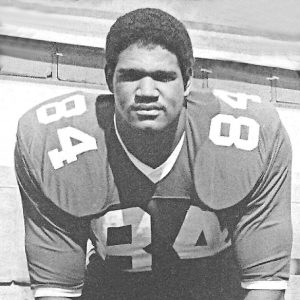 Neshaminy, now tied for third place in the Big Eight with neighboring Pennsbury with a 2-1 record, cut loose rugged Jamie Meier, a 5-11, 174-pound runner, in the third period. He gave Dieruff the message the Redskins where on a mission.

Meier lugged the ball eight times in a drive which went from the Redskins 33 to the Dieruff one-yard line before a fumble prevented a touchdown.

Neshaminy got the ball back after four plays. After poor Huskie punt from the 12-yard line Neshaminy started operations on the Dieruff 34. Five plays later with a fourth and four on the eight yard line, Gallagher threw eight yards to Weissman for Neshaminy’s first touchdown. Ratner’s boot made it 7-6.

Meier carried the ball again at crucial times in the fourth session when Neshaminy needed key yards. He ended with 99 yards on 23 assignments. Meier’s running mate – Rick Rynkiewicz − pounded the Huskies for 48 yards on seven carries.

Weissman, the stellar split end, increased his season touchdown record to five with a pair of six-pointers. He hauled in eight passes for 103 yards.

“If we can get the ball to him, he’ll catch it,” Allison said. “Eli makes it tough on the defensive halfback. On that first touchdown he (the Huskie defender) was about 10 yards back and Eli just blew by him. He has that type of speed. If they play back it makes the short ones easy for Eli to catch.” 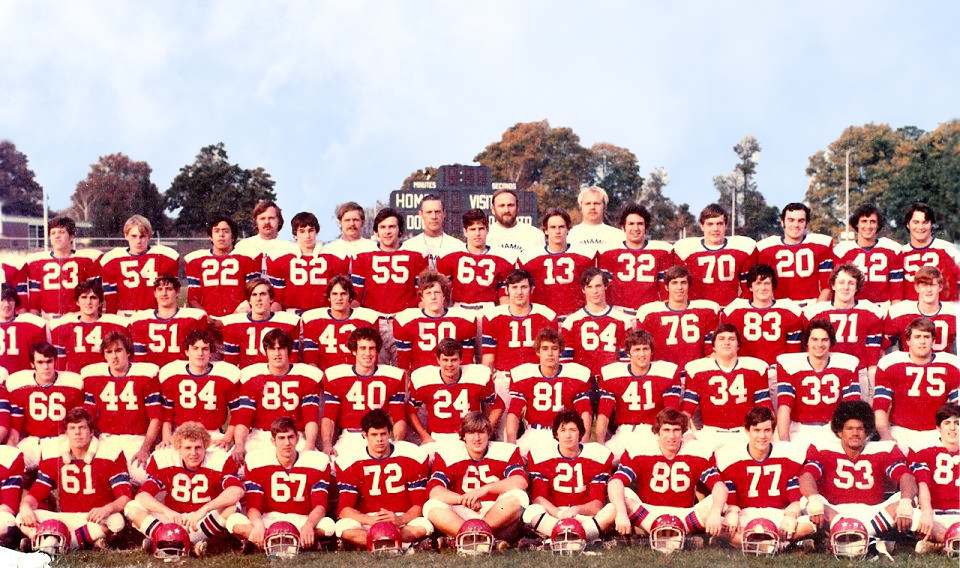 Editor’s Note: With Head Coach Pal Allison firmly in control by 1975 − his third at the helm − the ‘Skins were in the thick of the hunt that season. And that was notwithstanding that ’75 was the first year of the “Split” which saw the District divided into two schools − Neshaminy and Maple Point. With the dilution of available bodies expected to have an immediate impact, the smart money certainly wasn’t betting on the first year of the “break up” seeing a “break out” by the ‘Skins. Still, and despite the obstacles, that’s just what the Creek Kids managed as they battled their way to a share of the LBC title with an overall 7-4 record. Blessed with talented players like Steve Shull, Eli Weissman, Terry Gallagher, Bob Hayes, Jamie Meier, Steve Cloak, Doug Shenefelt, Steve O’Brien and a host of others, the boys of Langhorne left it all on the field as they gave the fans plenty to cheer about. And perhaps the only “sad” note that year was it was to be Coach Allison’s last as a coach of the Moleskinners. Capping off over 20 years of service to the ‘Skins and their football endeavors, the Morrisville Bulldog turned Redskin had come in under Harry Franks and been an integral component of the “Golden Years” of Neshaminy football throughout his time with the program.