Finishing 10-0-1 the Redskins earn their 14th straight LBC title and the third title in three tries in the East Penn league. Dick Dougherty of the Courier-Times refers to Neshaminy’s football field as “Heartbreak Ridge” and it sticks. And it’s a banner season for many reasons as in one game in Allentown 14,000 people pile into J. Birney Crum Stadium to see the ‘Skins beat Allen, 19-7 (it’s the most fans to watch a Redskins game to that date). All time win number 200 was earned that year too (against LaSalle in a 7-0 triumph).

Expanding their horizons by looking for new teams to play, discussions are had with Massilon, Ohio’s Washington High School but schedules conflict and the Tigers decline. Instead, Altoona is invited to Langhorne. They accept and the Mountain Lions are routed, 27-6. Upstate New York powerhouse, the Johnson City Wildcats, also visit Neshaminy that year. Just like Altoona, they are sent home losers, 35-6. Against Easton the Redskins trail 27-19 with three minutes in the game. Neshaminy scores twice in one minute, including a 61-yard run by Colbert that dazzles the fans. They then hang on and stop the Dogs at the goal-line to preserve a 33-27 win. 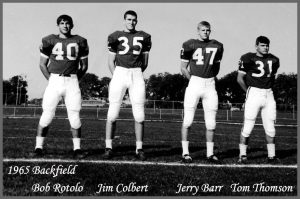 The 8-0-1 Redskins also host a powerful 6-1-1 Pennsbury later that year. In another first for the Redskins, the Saturday afternoon game is televised on WFIL-TV while 10,000 plus fans pile into Neshaminy’s stadium. With the game tied 0-0 late in the 4th, Neshaminy’s Gerry Barr rips off a 48-yard run that ends with his dive for the “flag” as Pennsbury’s speedy Jimmy Neeld tries to drive him out-of-bounds. The refs signal a TD and the score propels the ‘Skins to a 7-0 win. Tape replays of the game, played on WFIL’s channel 6 the next day, lead to years of arguing over whether Neeld had actually pushed Barr out at the one-foot line. The team receives a .538 rating from Dr. Roger Saylor’s “Saylor Ratings” which is the highest ever for a Redskin team (the Uniontown Red Raiders outside of Pittsburgh come in at .571 that year which is the highest ever for any team in Pennsylvania as the high .530s and low .540s normally represents the best team each season).

Following the season Petercuskie retires after 6 years. He carved out a 59-1-5 record which included a run of 51 games in a row without a loss. Colbert is named first team all state by the UPI and 2nd by the AP. A solid passer who pitched 7 TD aerials in ’65, his running skills were also on display that season too as he rushed for over 900 yards and scored 15 TD’s on the ground. He attends Penn State but several serious injuries curtail his career with the Nittany Lions. 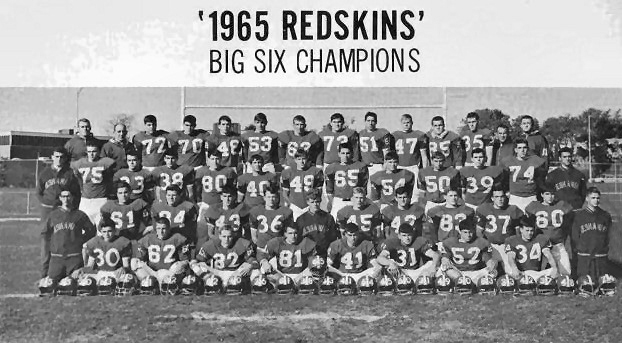 We have the game ad programs for Johnson City available. Hover over name for link. 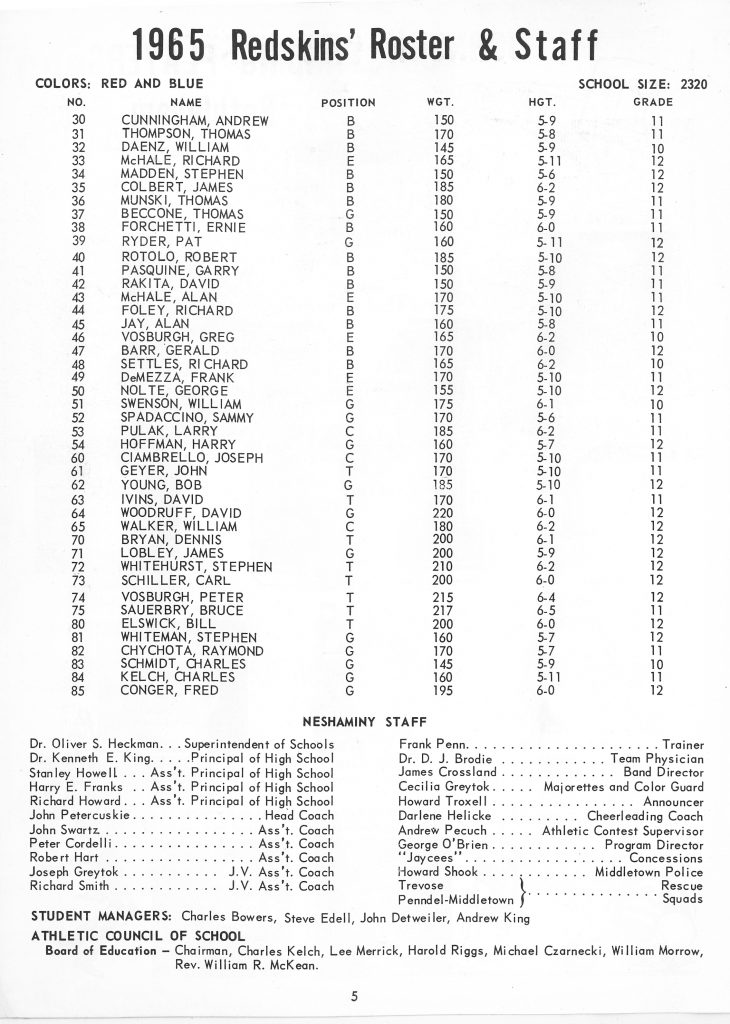 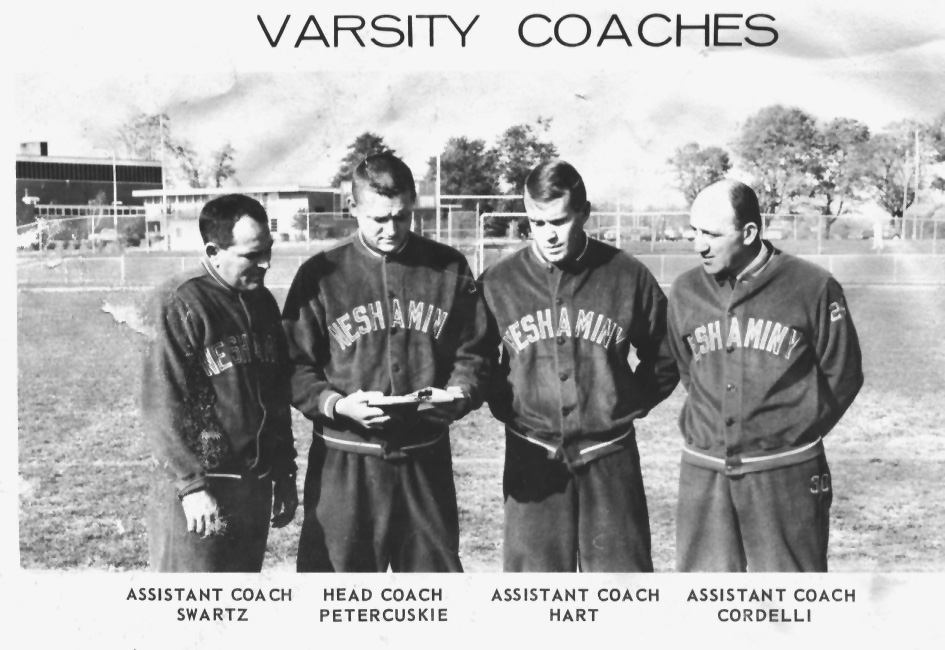 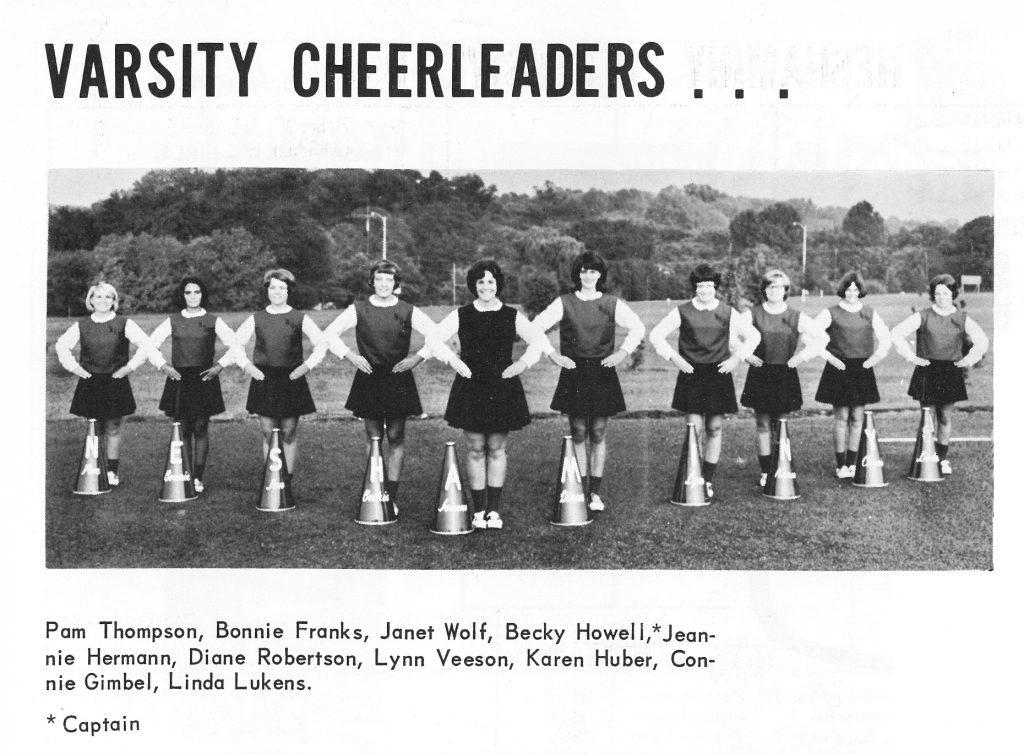 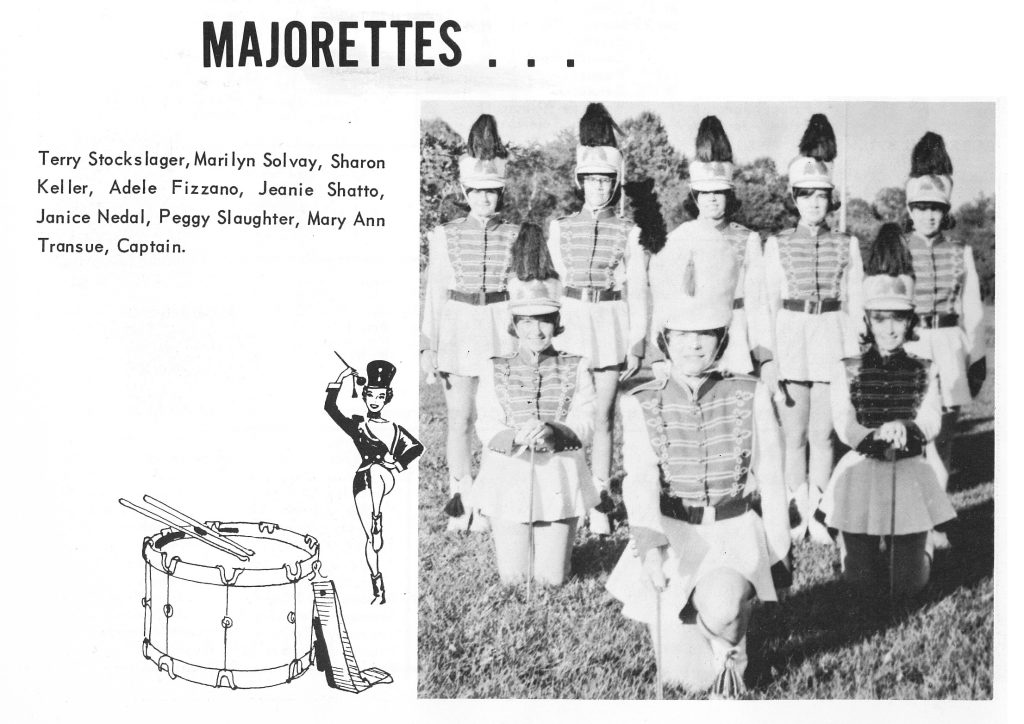 We are posting the list of seniors as we do not have a photo for everyone. I will post the ones I do have below. If you have the ad program that has the Senior photo Page please drop us a line here. 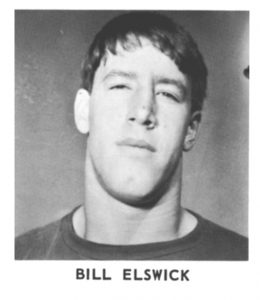 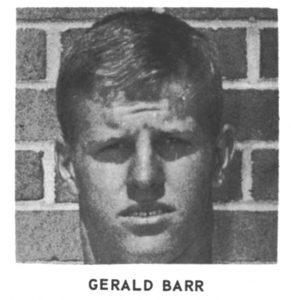 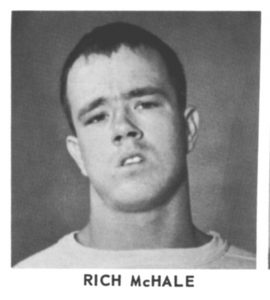 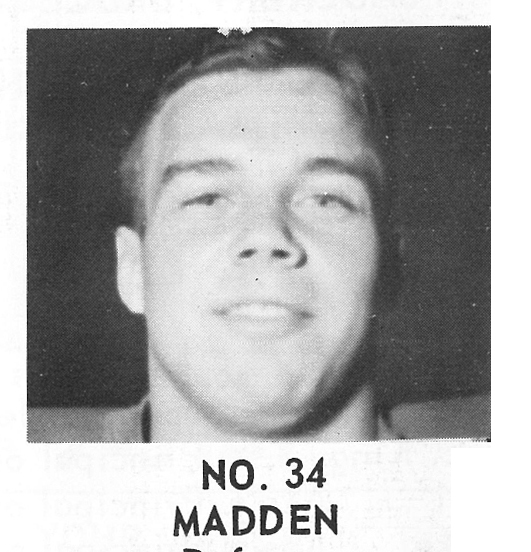 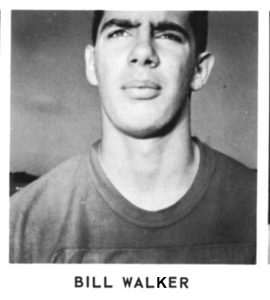 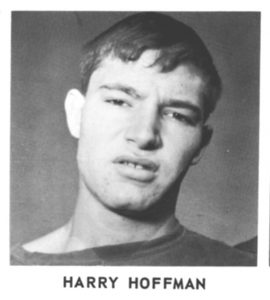 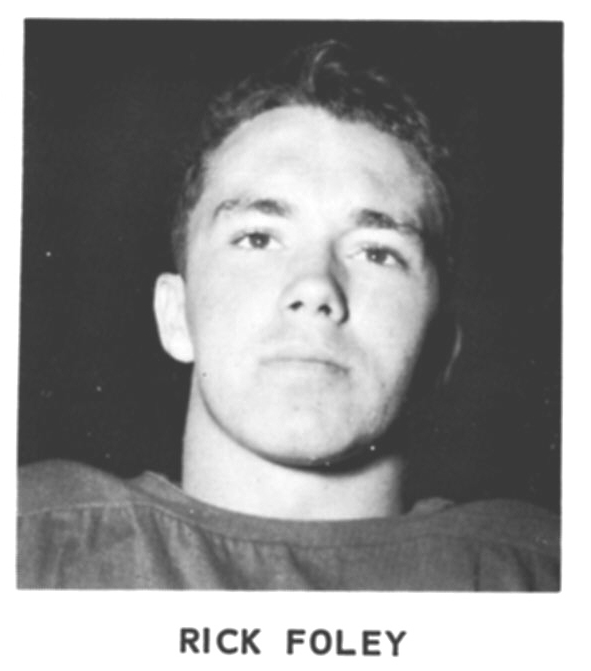 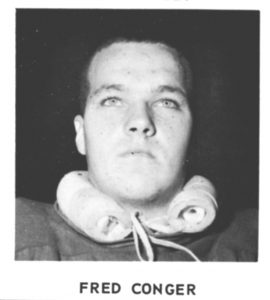 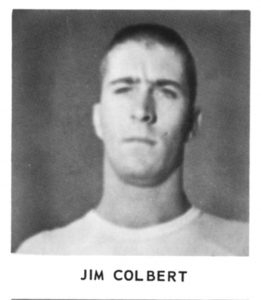 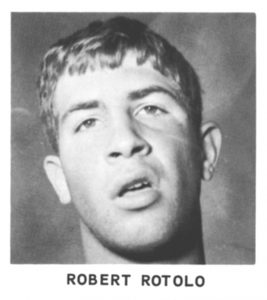 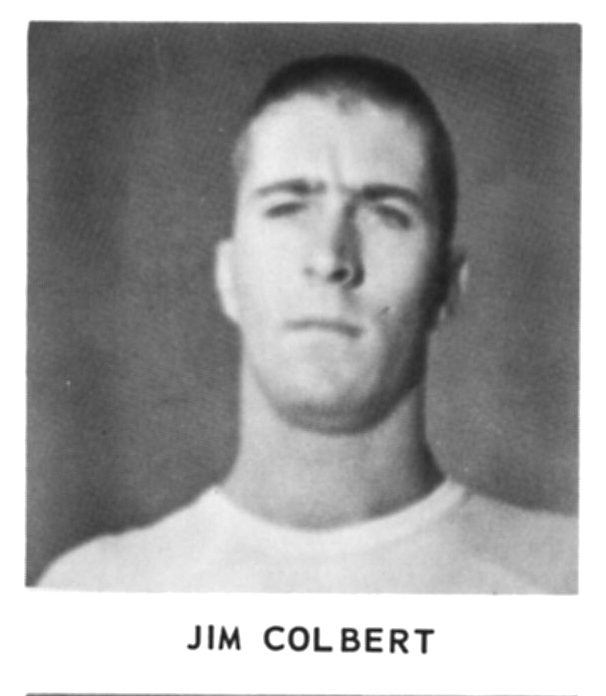 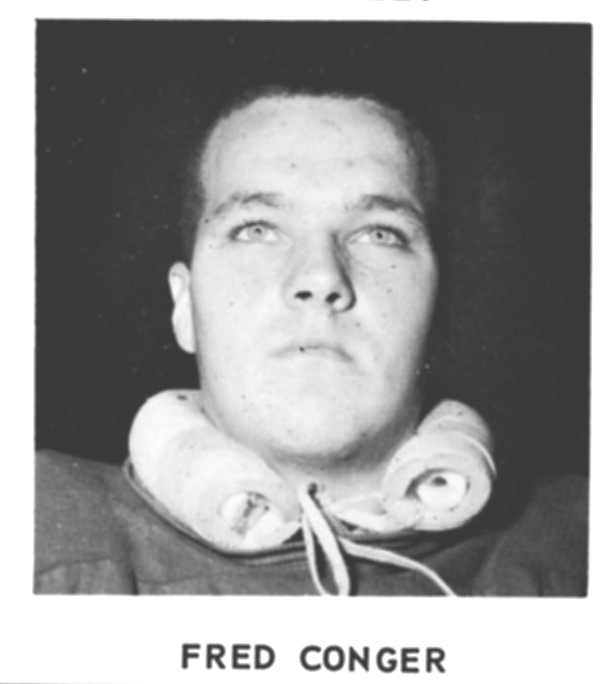 The Big 33 was played Saturday August 13th, 1966 at Hershey Park. Jim Colbert and Fred Conger were selected from Neshaminy to play in this game. It is the highest honor to be chosen as a Big 33 player. 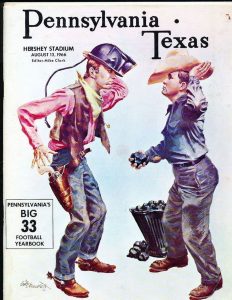 Pennsylvania could have used some antiaircraft batteries to shoot down a Texas aerial circus that produced 414 yards in a 34-2 Longhorn victory before a record crowd of 25,000 at Hershey.

Don Burrell got the big plays for Texas. He caught eight passes for 260 yards and two touchdowns.

Coach Bobby Layne used three different quarterbacks—Jim Street, Joe Norwood, and Charles Hixon put the ball in the air 42 times. They completed only 19, but most of those came on key third down plays.

Pennsylvania got its only points in the opening quarter when Rich Saul of Butler tackled Norwood in the end zone for a safety.

Quarterback Chuck Burkhart of Montour managed to complete 18 of 36 passes when he wasn’t being hammered by a blitzing Texas defense.

Burkhart and Middletown end Henry Brown were Pennsylvania’s top players. Brown caught eight passes for 84 yards in addition to making some key plays as a defensive back. 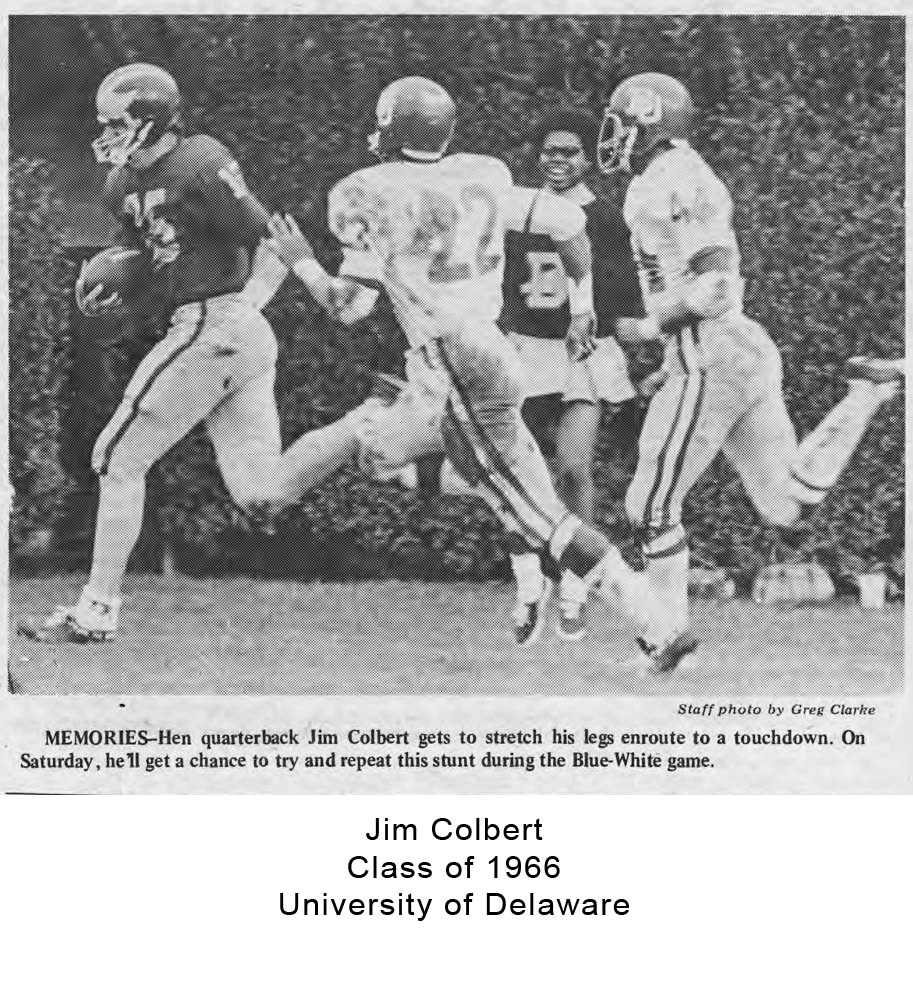 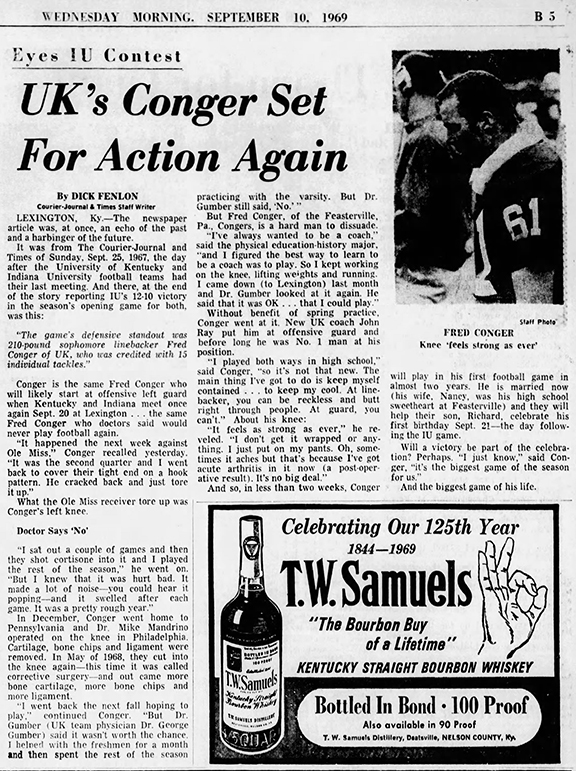 1964 Recap
Return to Past Years