The ‘Skins finish the season at 8-2 and head to the playoffs for the second straight year. Losing to Ridley on the road in Round One, 17-16, Neshaminy’s three losses that year are by 1, 2 and 3 points. Winners of the first three that year, though, the 18 straight unbeaten and untied games, stretching back through 2001, equal the record that was set by Franks’ 1952 and ’53 squads. Brittingham and Ennis play in the Big 33 making it the third time two Neshaminy players are in the contest the same year. They also represent Schmidt’s second and third players in the classic. 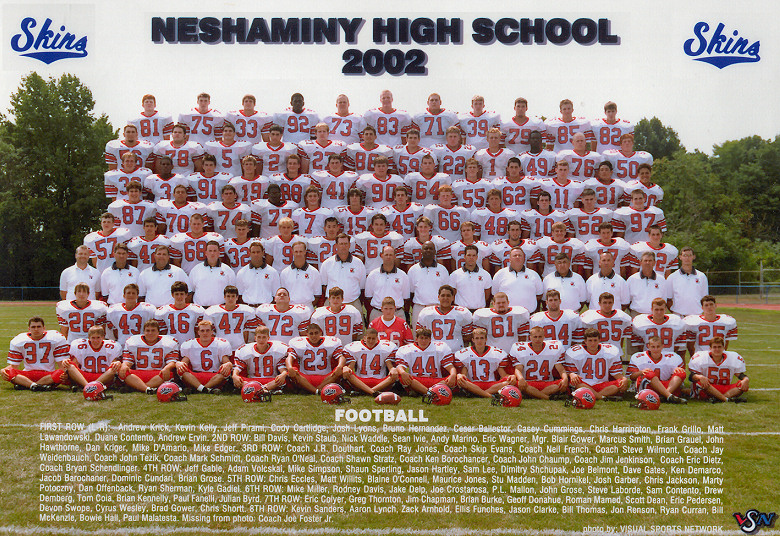 Your guide to everything 2002 Neshaminy Redskins! 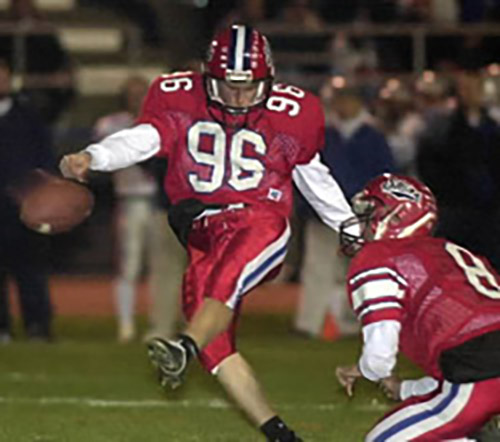 Geoff Donahue was selected to play in the 2003 PSFCA East West All Star game. The game was held on June 28, 2003 in Mansion Park stadium in Altoona. 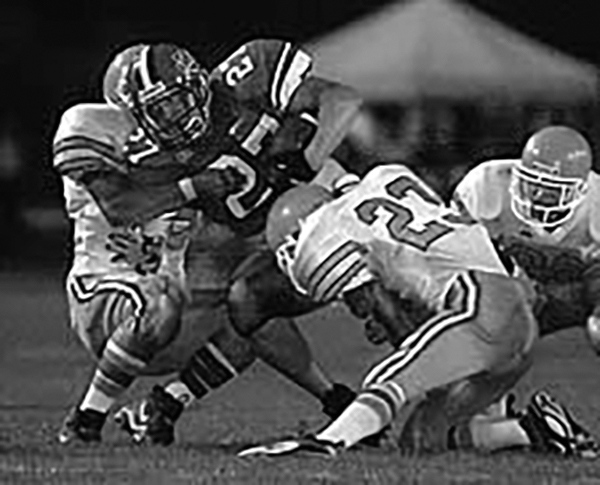 Please contact us if you were selected to play in that game - thank you!

There was very little press coverage on the team in the Inquirer this year. Once we can get to the library to research all Courier Times Archives we will update the list.