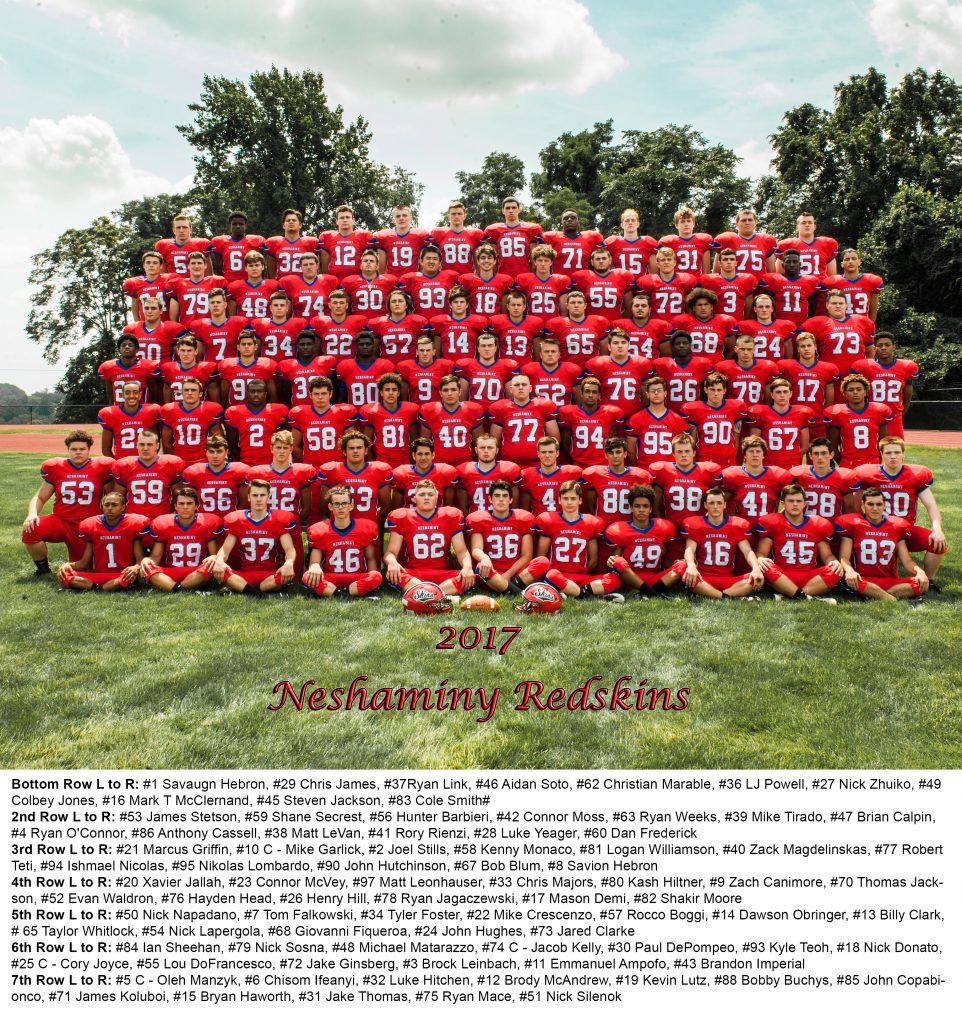 Congratulations to the team and their 10-2 record! This team was so exciting to watch and no matter the score or how much time was left on the clock they never gave up fighting for the W. This team will go down in Neshaminy Football history as having played probably the most exciting game in recent years - game 10 against Pennsbury where with seconds left on the clock they pulled off a stunning victory for the 2017 SOL National Conference crown.

Recaps
Click on the game below to see all news, photos, videos and articles from the game

The PFN All-State Team is presented by The Funding Zone and is a consensus of contributions from coaches. media, scouts and football analysts. Congratulations to Oleh Manzyk, Junior and Lou DiFrancesco, Senior for making this year’s team. 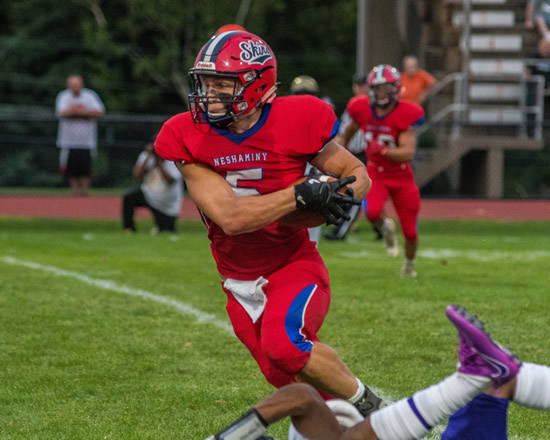 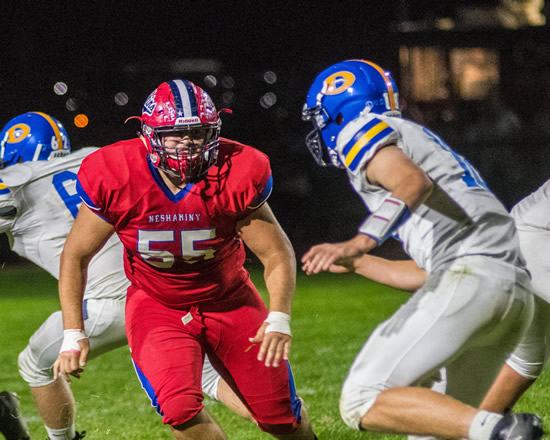 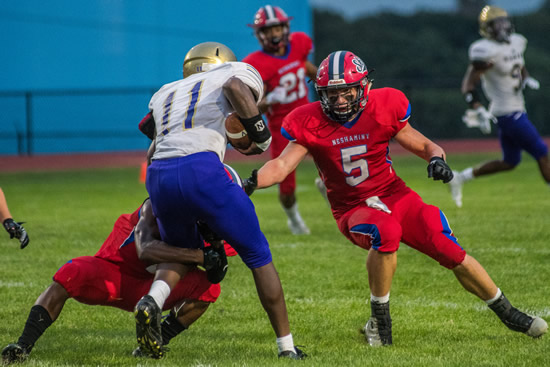 Congratulations to defensive lineman Lou DiFrancesco who was selected 2nd Team Defense. Lou had 47 total tackles, 31 of them solo, 1 sack and 1 fumble recovery and was a consistent threat to an opponent's offensive game plan. 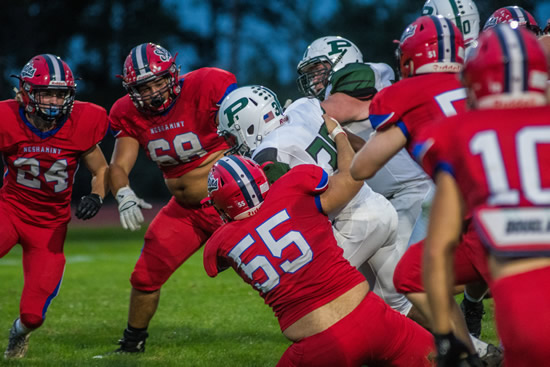 Eastern Pa.com has released their 2017 picks. Congratulations to Oleh Manzyk, Mike Garlick and Lou DiFrancesco for being selected. 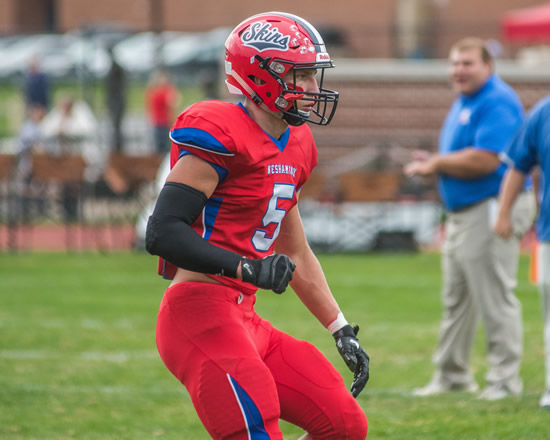 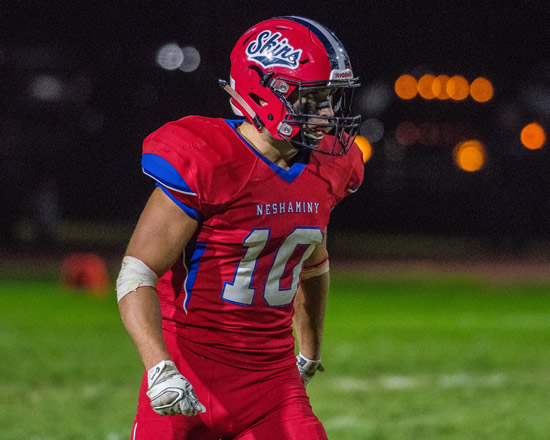 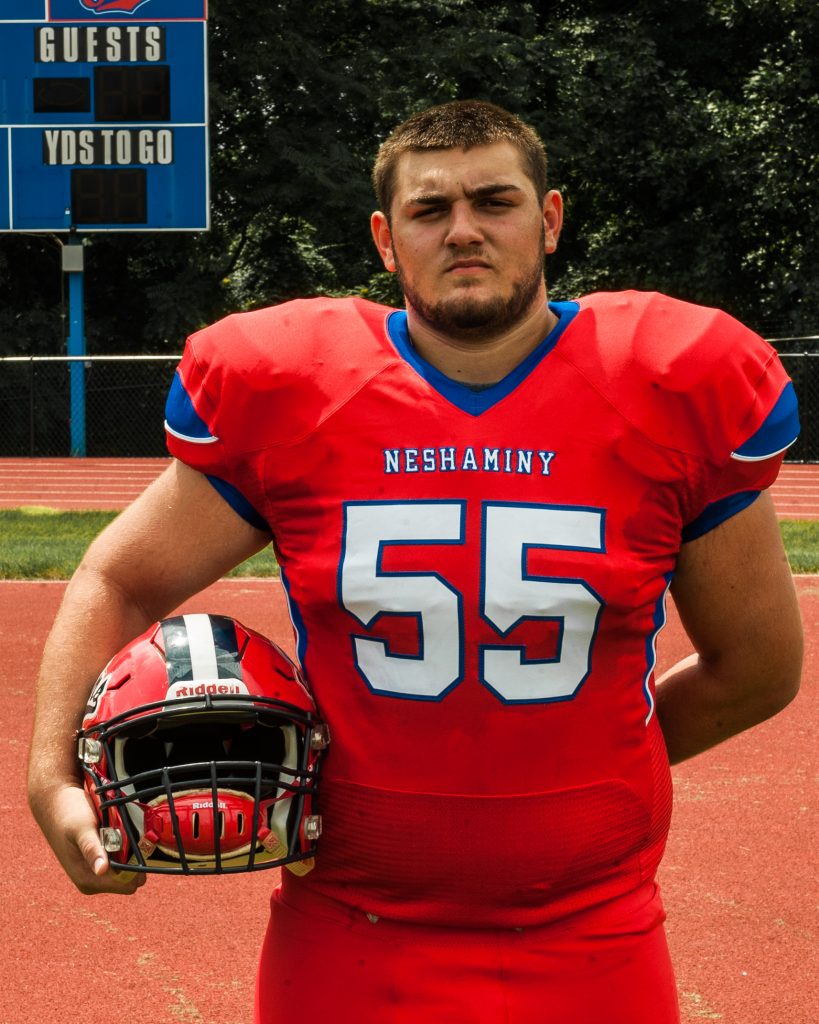 Jacob Kelly is selected to receive a Mini-Max Award

The Maxwell Football Club is an organization involved not only in football at all levels but the community in general, not just once a year, but all year. Founded in 1935, they have have presented awards to professional, college and high school athletes. Click here for a full history of this organization.

From @NesahminyRedskins - Congratulations to @Jjkelly14 who received his Mini Max Award from the @MaxwellFootball Club tonight. Outstanding leader. Top 5% of the class. First class representative of our program. @Neshaminy_SD 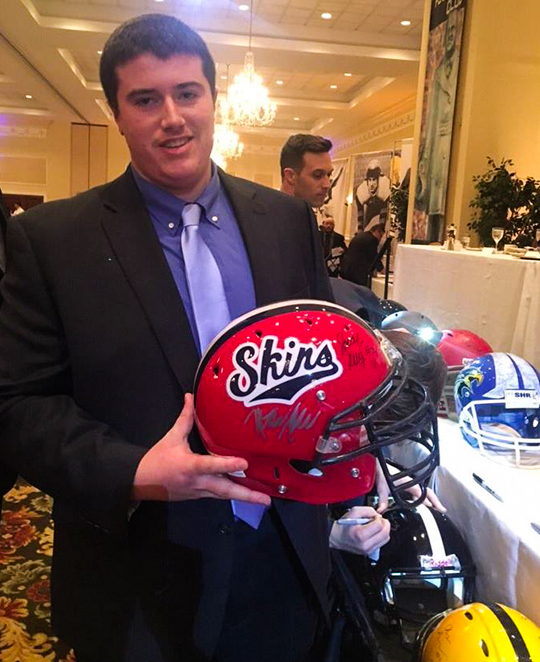 Five Seniors were selected to play in the Buck/Montco All Star game on Friday May 4th, 2018 at Delaware Valley (Del-Val) University. They are Giovanni Figueroa, Jacob Kelly, Nick Napadano, Joel Stills and Mike Garlick and they will be on the "Bucks" roster.

This game was previously named the Bucks County All Star Game. This is the 43rd year this game has been played, the 3rd as the Bucks/Montco All Star Game. The teams are now "Bucks County" and "Montgomery County" versus previous year's "North" and "South". Please visit their Facebook page for more information. Coach Wilmot, Neshaminy High Scool is head coach of the Bucks team and Dick Beck, North Penn High School, is head of the Montgomery team. 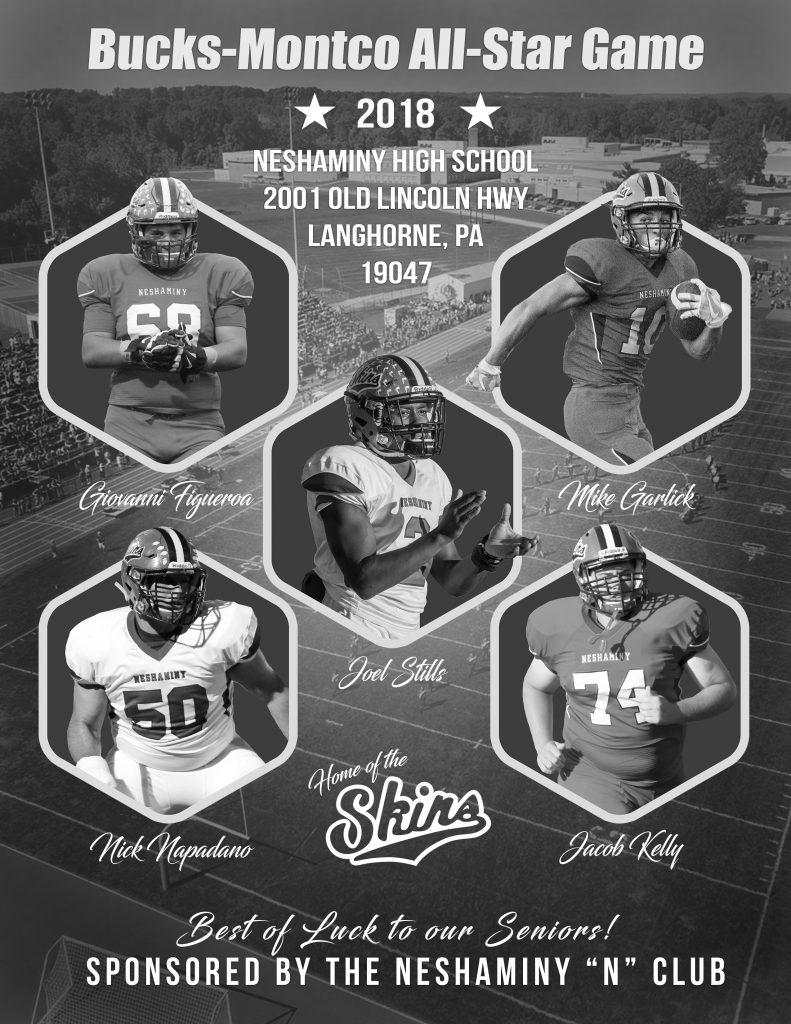 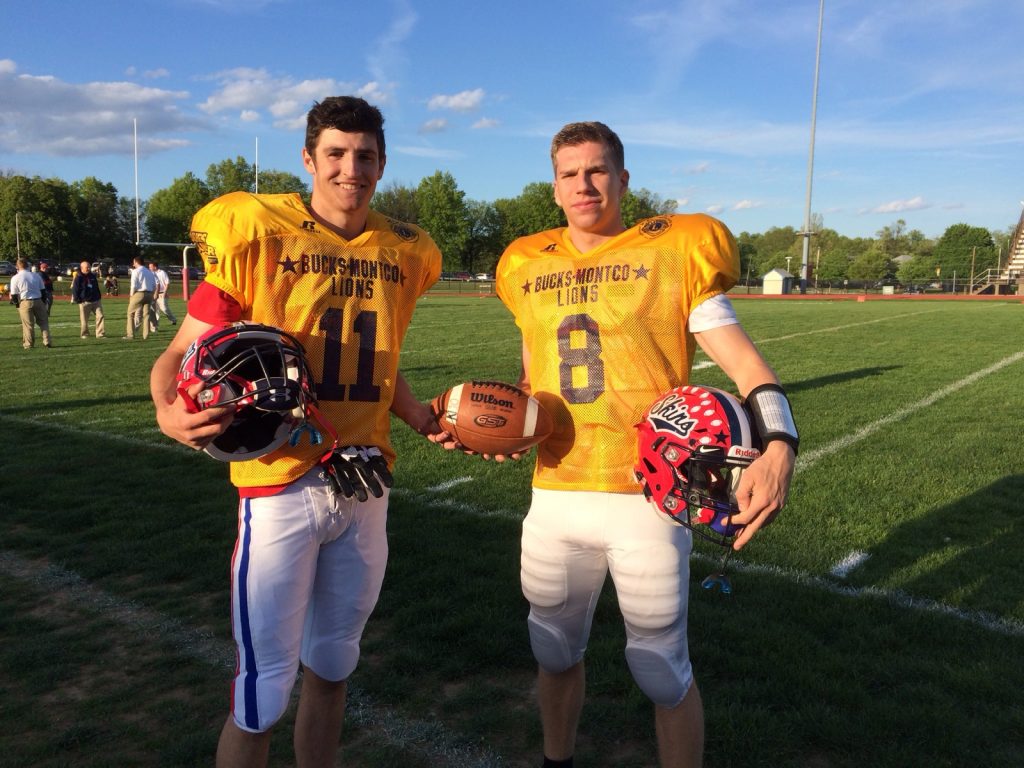 All photos below by Jesse Garber at Zenfolio 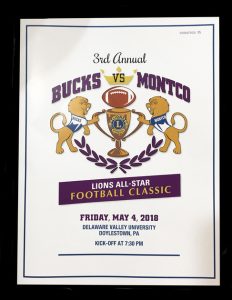 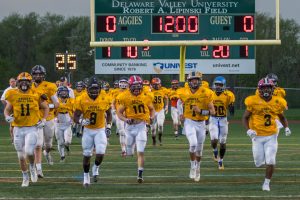 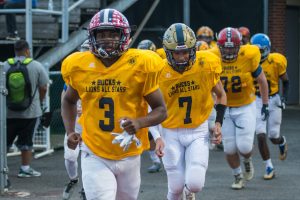 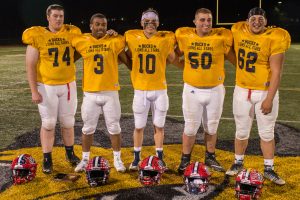 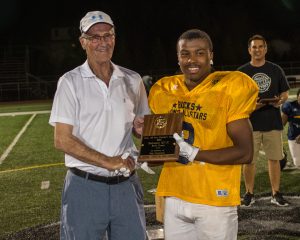 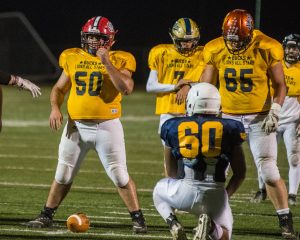 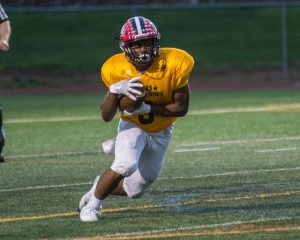 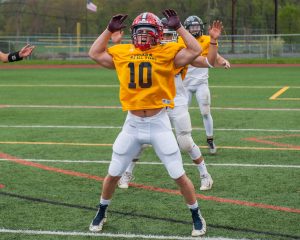 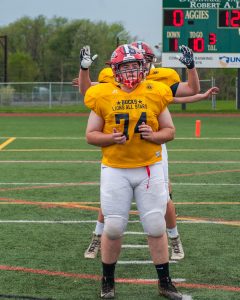 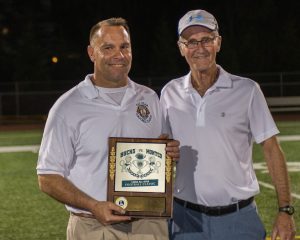 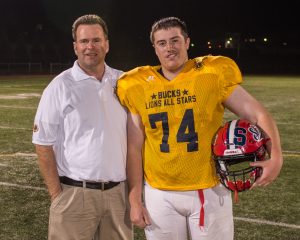 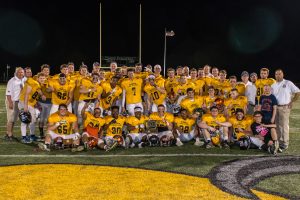 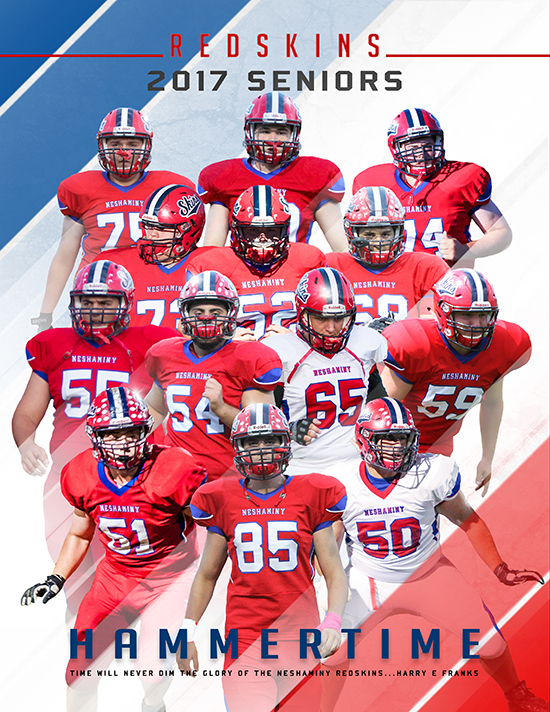 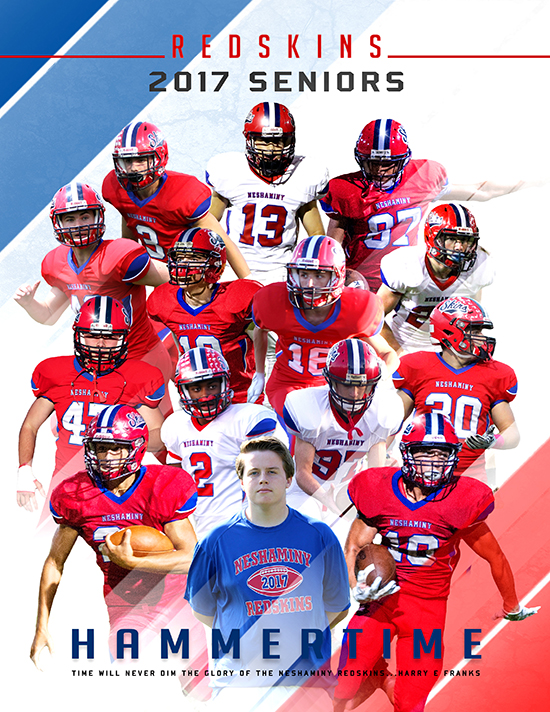 The 25th annual Neshaminy Youth Camp is in the books! For information and photos click here.